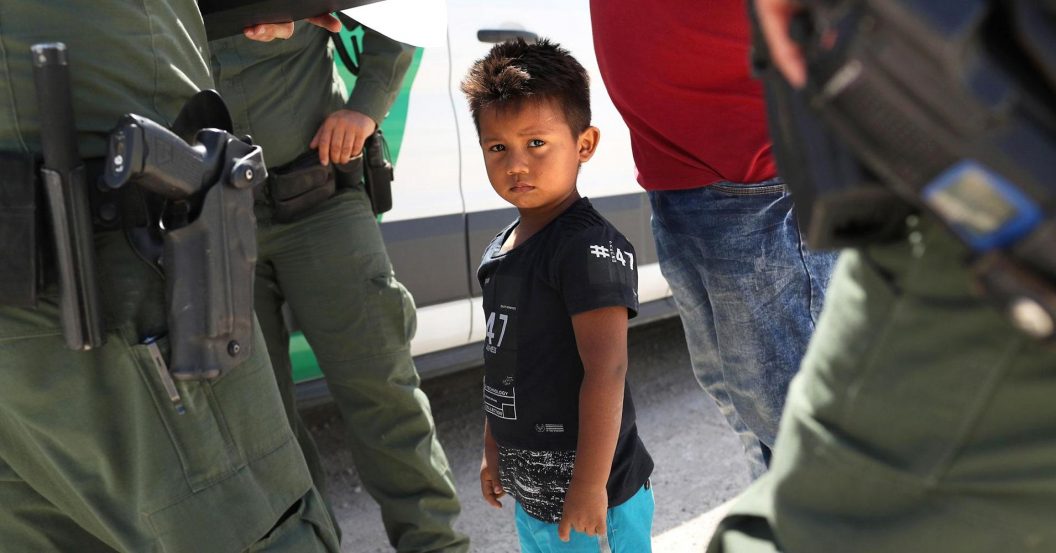 First posts about 1,500 missing children stormed Twitter timelines, and now headlines of 2,000 children ripped from their families are doing the same— what’s happening at the border now?

Under the policy, any adult found to be illegally crossing the border will be detained in a federal jail where they’ll await their day in court to be prosecuted for illegally crossing. Before the implementation of the zero-tolerance policy, parents and children used to await court dates together in detainment for a maximum of 20 days and then return for a court date if not having have had seen a judge by then. Plus, in previous years the courts would first decide whether those illegally immigrating deserved asylum before directly prosecuting them for the illegal crossing.

But now, as the parent is being prosecuted for a crime and will reside in a federal jail, their child is inevitably separated from them and sent to the Department of Health and Human Services (HHS), where they will be sent into foster care, HHS child centers, or to live with a living relative in the country. Or in the words of the White House Administration, they’ll be sent into “foster care or whatever”.

After the criminal court proceedings, the parent will have either been convicted and serving jail time or avoid jail time with a ‘time-served’ sentence. The parent will be handed back over to immigration officials and undergo the proceedings of deportation. From there, the parent has the opportunity to appeal for asylum at the mercy of immigration officials and possibly reunite with their children. However, the government has in place no set process or provisions for the parents to do so. Parents often have no way of reaching their children and must track them down for months before being able to finally reunite with them– that is if either the parent or the child haven’t been deported already.

What Are People Saying?

Various viewpoints surround the policy, but observation shows that the majority of people condemn the policy, calling it ‘unamerican and immoral’ and actively campaigning for its discontinuation. Contempt for the policy breaks partisan borders, with a large number of Republicans voicing their distaste for it as well. Even all five currently living former first ladies have done the same, including the current first lady Melania Trump.

Opposition is obviously rooted in concern for the children separated from their families. Many of the children who illegally cross the border with their parents are fleeing dangerous countries, such as Guatemala, El Salvador, and Honduras in particular. The journey north to the border can be traumatic for many adults, let alone children, to endure. So for children to be forcibly teared apart from their parents after experiencing such events, is in a sense to further traumatize already traumatized children. In fact, a report published by the American Academy of Pediatrics argues that forced separation will do exactly that. Ironically enough as a side note, Dictionary.com also has the example listed for the word traumatize as “the children were traumatized by separation from their families.”

In addition, photographs of children crying at the border and heart wrenching audio clips of children calling out for their parents have surfaced on the web, illustrating the humanity of the issue, but White House officials continue to defend the policy amidst this and strong opposition. They claim the policy to be a harsh deterrent against illegal immigration, and that they refuse to provide blanket immunity to those who commit crimes, with others claiming that they are only doing what has to be done.

Up until several days ago I used to be ambivalent regarding this policy and even thought of it as a possibly-effective deterrent against illegal immigration, but after further research and hearing the cries of children directly, it became clear that the development and mental health of children is being put at risk. And for what? To prevent those fleeing from violence and seeking asylum the right to properly care for their children when they risked their life for them? Some may say its meant to be a deterrent to the crime of illegally crossing the border, but those who illegally immigrate with children often do so to give their children a better life. We can’t separate families when all they want is peace and a chance at the American dream, and we definitely can’t prosecute innocent people because our system is failing to address their struggles properly and humanely. If we truly want to end illegal immigration in a humane way, we must work on combating the issues present in the countries which cause people to flee in the first place.

If you have zero-tolerance for the this zero-tolerance policy, check out the table below to find out ways to turn your anger into action, and help bring these families together: