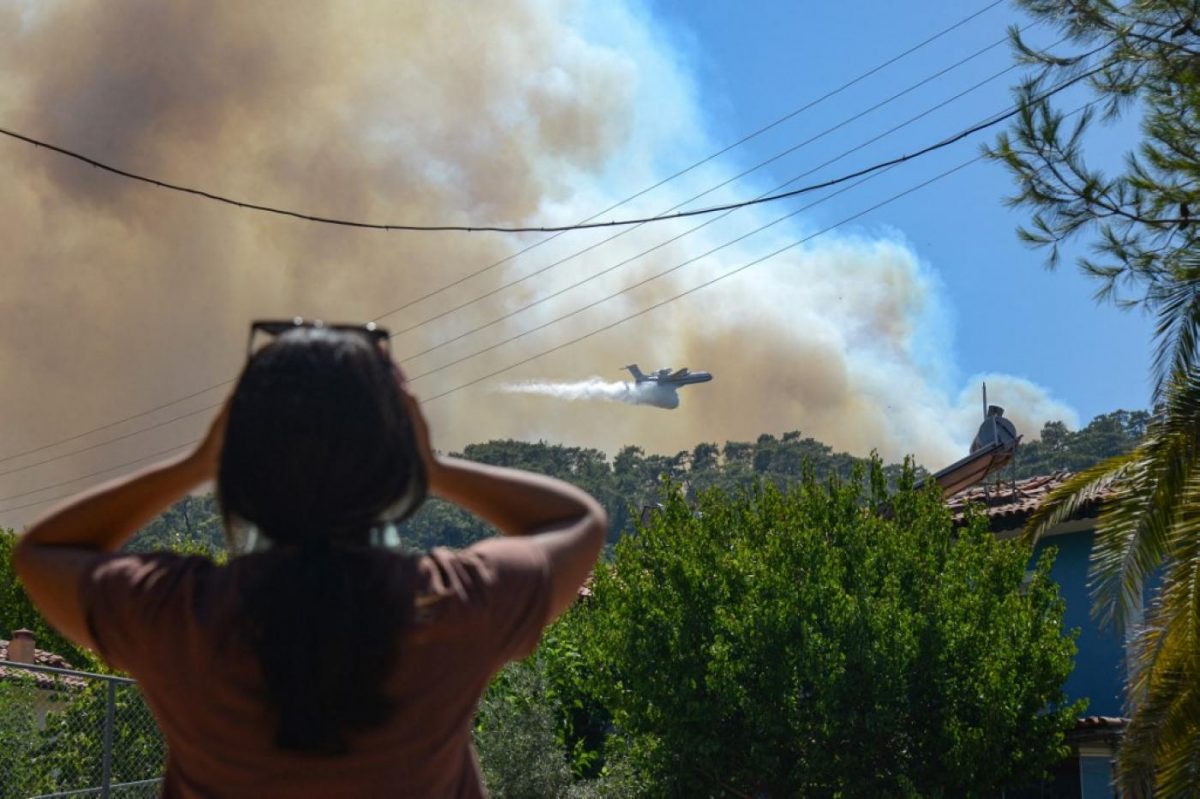 Wildfires in Turkey have been blazing through the southern shore of the country since the end of July. These wildfires have destroyed hundreds of hectares of forests and villages. Eight people have been killed, hundreds wounded, and thousands have been fleeing the flames.

The lack of humidity, strong winds, and extreme heat have created an ideal environment for wildfires. The flames in Turkey have destroyed homes, forests, and livestock, stretching over 30 different provinces. Many Turkish experts are pointing to climate change and human accidents as the reason behind the outbreak of over 100 blazes.

Another element to the wildfires in Turkey is the lack of government preparedness to fight the fires. The Turkish government refused to accept assistance from the EU and Greece, drawing criticism. Firefighters from Ukraine, Russia, Azerbaijan, and Qatar have been accepted.

Social media conspiracies have been plaguing the discourse surrounding the fires. Many are arguing that PKK (Kurdish Workers’ Party) have played a role in the fires, without evidence however. Those arguing that the reason behind the wildfires is climate change are being delegitimized – some arguing that it is PKK propaganda to assert that climate change is to blame.

As climate change worsens throughout the world, these conspiracies and government ineffectiveness is heightened. The role that humans have had in exacerbating climate change has become politicized, making it harder to enact policy to combat these increasing natural disasters. As the situation in Turkey becomes better, the lack of regard for those who suffer from the effects of climate change – the civilian population – will make this population angier at the lack of efficiency and fight against climate change.