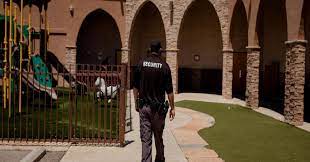 Statement on the Murders of 4 in Albequerque, New Mexico

Washington, DC, August 9th, 2022- ICNA Council for Social Justice Mourns the loss of 4 Muslim brothers, all of whom are thought to have been killed in ambush-style shooting attacks in New Mexico.

The shootings, which spanned back a year, have become more frequent, an alarming development that calls into question the safety of our Muslim community in Albequerque.

President Biden and Albuquerque officials also extended their sympathies, and deem these targeted acts of violence worrying and unacceptable.

The victims include Mohammad Zahir Ahmadi, Aftab Hussein, Muhammad Afzaal Hussain, and most recently, Naeem Hussain. The shootings have become more recent, with two taking place within a month, and one within a week.

We must decry the ideologies that have spread anti-Muslim hatred in our country, which are responsible for putting targets on the backs of Muslims in the United States.

We also ask that these killings be categorized as Hate Crimes against Muslims and that the perpetrator be held accountable for not only a killing spree but also for the fear that the American Muslim community in Albequerque and at large are feeling right now.

We pray that Allah widens their graves, reunites them with their families in the highest levels of paradise, and grants their families justice and ease during this difficult time.