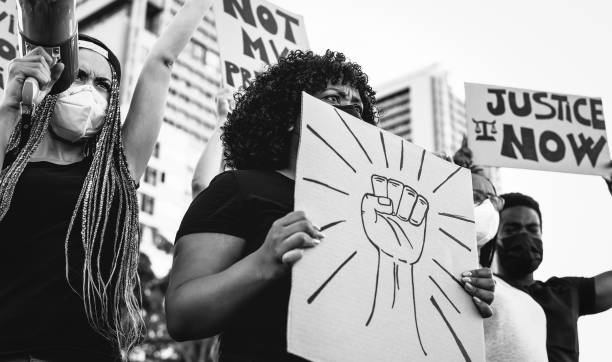 The recent killing of Daunte Wright and the targeted shooting towards Asian Americans in Atlanta, GA have built upon existing conversations of the intersections of white supremacy and institutional racism. Although mainstream media perpetuates stereotypes about Black Americans and Asian Americans, the former being violent and the latter being a model minority, the larger context is understanding how white supremacy not only exists on a framework of institutional racism, but how it also pits minorities against one another.

White supremacy in its overt forms includes the theory that the white race has evolved more than other races – feeding into eugenics and race science; the idea that there is a white genocide occurring; anti-Semitism; Islamophobia; clash of civilizations (which is a theory that the West and other non-Western parts of the world cannot coexist). White supremacy in its subtle forms is more systemic – police brutality, unequal access to food and education, gentrification, voter suppression. These combined forms of white supremacy create a United States that is unable to separate itself from not only its racist and white supremacist origins, but also its racist and white supremacist present.

The effects of white supremacy

Thus, white supremacy has many different forms that cause harm to BIPOC and POC. White supremacists have created intense harm in minority communities in the United States. A white supremacist sees someone who is non-white as an outsider, a foreigner, an alien, and thus seeks to create a society without these people. This form of otherization is utilized not only by white supremacists, but by mainstream media and general American society as a way to demean those who react to their oppression.

Dehumanization is a form of moral disengagement that allows for people to forego their sympathies towards oppressed minorities. Through dehumanization and otherization, the media and politicians are active figures in perpetuating stereotypes about marginalized communities, and are complicit in the violence that results. Through dehumanization, white supremacy will consistently be upheld.

Through this otherization and dehumanization, stereotypes are created of Black men as “thugs”, Black women as “angry”, Asian women as “docile”, and Asian men as “effeminate”. These stereotypes carry with them intense propensity for harm by dehumanizing marginalized peoples. The shootings in Atlanta show that a man was targeting Asian American women; the killings in church in Charleston were targeted specifically to Black worshippers – these show the ways in which white supremacy becomes action – by actively upholding a mission to eradicate non-white people.

Although the experience of a Black American and an Asian American can be very different, there is intersectionality in the ways that white supremacy upholds marginalization of both groups of people. In order to fight white supremacy, actions must be taken to fight the institutions that uphold racism. To report an incident of Asian hate please go to this link. Call your state senators as well to support the George Floyd Justice in Policing Act.