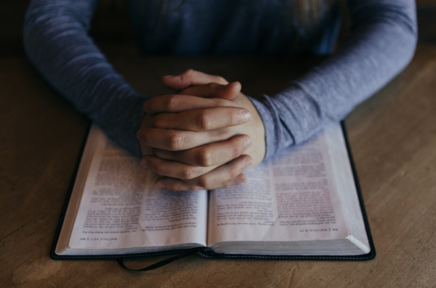 Through the 2016 election cycle and since inauguration there has been as serious uptick in youth bullying, violence, vandalism, and hate crime in schools and online. With leaders in the highest levels of government making racial slurs and policy decisions that exclude, blame, and intimidate distinct groups, it is not difficult to understand how intolerance has become somewhat unleashed with impressionable, developing children. Some faith communities have banded together to combine energy, resource, and collective influence to take a unified approach to community education, awareness, and prevention for the good of all children.

In December, a National Interfaith Anti-bullying Summit took place in Washington, DC. Organized by American Muslim Health Professionals, Institute for Social Policy and Understanding, Islamic Networks Group, National Baptist Convention, Salaam Shalom, and Sikh Kid to Kid, the conference aimed to facilitate deep conversation into religious bullying and what would be most effective for prevention. Over two days, more than 40 presenters spoke about what children are experiencing, identifying and prioritizing needs, the effectiveness of state and federal policies, related research, and community and school-based solutions. Participants networked, built coalitions and new alliances, and shared stories from different stakeholder perspectives. Some overarching takeaways:

Participants in the summit continue to dialog, collaborate, and support each other through a listserv and other activities. Summit organizers are also in the process of developing a white paper and compiling best practices and a directory of resources.

“The summit has formed what we consider a coalition of influence of participants which we plan to utilize to address changes needed in government and educational policies,” said Dr. Rukhsana Chaudhry, Director of Mental Health Programming with the American Muslim Health Professionals. “We plan to utilize this coalition to influence those who make decisions at the corporate levels of marketing, media, and technology which influence children and youth.”

There were some additional important points that emerged during the research and discussion for this story.

The Muslim community is probably the most recognized faith group experiencing religious and cultural bullying. Rameez Abid with ICNA Council for Social Justice explained repeated persecution of one’s faith as a moral injury. “Religion is very, very personal for people. When religious-based bullying happens, it shatters you inside. It is an insult to ideas, theology, family and heritage – it is very demoralizing and you feel weak and vulnerable. It’s an attack on your whole being.”

Religious minorities are bullied more frequently than the majority of the student body. According to the Institute for Social Policy and Understanding’s 2017 American Muslim Poll, 42 percent of Muslim children in K-12 school experienced bullying because of their faith. “There has been a significant increase in mental health issues that go along with increased discrimination and bullying incidents,” said Dr. Chaudhry. “If we are going to protect the mental health of children, it has to be ALL children. We’re seeing increases in depression, anxiety, and other disorders.”

Bullying is an adverse childhood experience, or ACE, that can affect health and wellness across the lifespan. It is also recognized as a risk factor for youth suicide. For that reason, prevention and promoting positive school climate is central to mental health, social connectedness, and academic performance.

Ishaq Pathan of the Islamic Networks Group commented about some of the policy discussion that took place at the conference. “Policy is important, but it needs to be complemented with supportive policy at the community level, and with support at the grassroots level. While policies intend to protect, if a teacher isn’t responding correctly, it’s important to move it to the next level – another teacher, principal, superintendent, or State Department of Education.”

Dr. Chaudhry also highlighted where laws designed to protect religious liberties do not meet the mark. “There is a sense that non-English speaking parents don’t know what to do. By the time they realize that there are protective laws, it is too late in the game and the child and family are in a crisis situation.” For immigrants or refugees, there may be additional strains that make it difficult for parents to effectively advocate. “Language proficiency can be an issue or the family may be struggling just to meet their basic needs. And sometimes a parent is focused on their own acceptance in the community.”

Just this week, the U.S. Commission on Civil Rights released recommendations to address “profoundly unequal schools,” where it notes “increasing concentration of poverty and re-segregation.” The report examines where public education is failing vulnerable students with a lack of skilled teachers, weak curriculum, and inequitable funding. With these noted failings and even with policies in place, it is understandable – although tragic and unacceptable – that a consequence would be an increase of bullying and intolerance with minority groups. The report noted anti-bullying efforts as part of the solution, stating that things improve with:

And, with the federal government rolling back enforcement of civil rights protections, meaningful solutions will have to come from states, communities, and organizations willing to maintain efforts for inclusion, collaboration, and tolerance.

Absent from the Cultural Spectrum

The Sikh-American community of 750,000 in the United States is not often thought of as at risk for bullying and discrimination, and they are generally not included in related research or culturally specific programming. Over half of all Sikh-American children, however, report being bullied in school – and even more so if the child is wearing a turban. The turban is part of a religious uniform intended to cover hair, promote equality, and affirm the Sikh identity – so when kids bully based on appearance, they are effectively attacking that child’s belief and practice.

“Bullying in schools is the number one challenge facing any identifiable Sikh-American parent. Most working parents are ill equipped to deal with educating the entire school about their faith and heritage. Most schools include faith as a component of social studies – namely; Christianity, Judaism, Islam, Buddhism and Hinduism – but the Sikh faith is not included,” said Kavneet Singh with the American Sikh Council. “Including the Sikh heritage, history, and contribution in the United States is important so that school children recognize and appreciate this part of the community at a young age. Otherwise we do not exist as Americans – instead, only as ‘others’ who are continually perceived as outsiders and foreigners.”

Jewish children experience religious-based bullying as well. Anti-Semitic hate incidents, graffiti, and disturbing gestures have risen dramatically, according to Rabbi Batya Glazer, Director of DC and Maryland Interfaith Relations with the Jewish Community Relations Council (JCRC) of Greater Washington. When a student reaches out for support or help advocating within the school systems, the JCRC can arrange for Holocaust survivors to speak with students and share their experiences – hoping to build moral engagement and empathy to prevent exclusion and other incidents. JCRC is also planning a program called “Student to Student” where Jewish youth will be coached to build understanding and acceptance with non-Jewish students about what it means to be Jewish. LCRC also participates in a number of faith community efforts that focus on prevention and education within schools and throughout the broader community.

To learn more about religious-based bullying and effective prevention measures, additional resources are listed below.