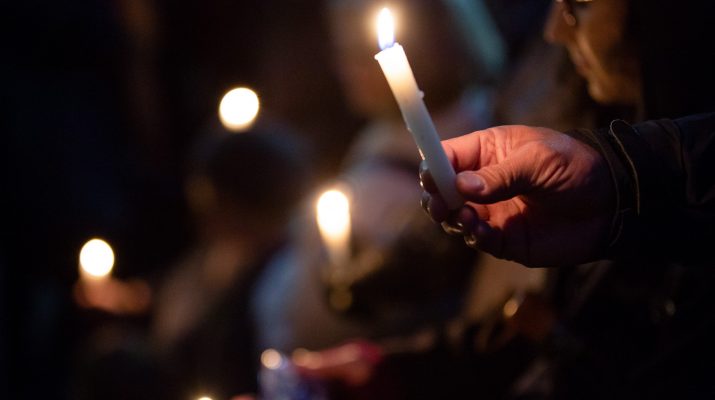 By John A. Powell
Director @ Haas Institute for a Fair and Inclusive Society

The Haas Institute mourns the murder of the 11 people who were killed this past Saturday at the Tree of Life Jewish synagogue in Pittsburgh. We also mourn the deaths of Maurice Stallard and Vickie Jones, two Black victims who were killed at a grocery store in Kentucky last Wednesday. These hate crimes occurred in the same week where we witnessed a coordinated effort to attack, through mailed packages loaded with explosive devices, members of the Democratic political establishment, the media, and philanthropists such as George Soros. Those who were targeted are members of groups frequently demonized by the president.

We send special support to the families and communities who have been hardest hit: the Jewish community and the city of Pittsburgh reeling from what is being called the deadliest attack on Jewish people in the history of the US, and the families and church members of the African American community who must absorb this latest attack as part of a long continuum of violence, hatred, and terrorism against the Black community.

These are hate crimes. Hate crimes are in a special category because they target people specifically based on their group identity. Even though these acts are committed by individuals, they are not isolated. As Jocelyn Sargent of The Hyams Foundation wrote yesterday, they “come at a time when hate crimes went up for the fourth year in a row, a rise fueled by a fear of the ‘other’—mainly people of color, religious minorities, and immigrants.”

Hate in this sense is not narrow or individualized. Rather, it is a strategic hate that has been weaponized by the far-right and the elite. This systematic form of hatred is also expanding to target not only certain ethnic or religious groups, but also those like the members of the Pittsburgh synagogue, who are offering much-needed support to the most powerless and vulnerable among us.

We are witnessing hate-fueled, armed individuals who believe in white nationalism and in connecting dots from a fabricated constellation of ideas. The Tree of Life mass murderer had bought into the far-right story that blamed Jews for the thousands of people, traveling together for safety, who are fleeing violence in Honduras and El Salvador (who the president has called “invaders”). The killer posted on social media that he couldn’t remain idle and watch “my people” get slaughtered.

These hate attacks targeted places of sanctuary (in Kentucky the shooter had unsuccessfully first gone to a Black church). These are places of faith, of community, and of tolerance. And even if imperfectly realized, there has at least been the aspirational idea of America itself as a sanctuary. There is a shared aspiration that the US would be a place where immigrants and refugees could seek asylum, security, and a better life. These aspirations have been put into international agreements that are being dismantled by an administration which demonizes immigrants and refugees. These attacks are occurring at a time when the US is taking in the fewest refugees in decades (33,000 in 2017, a sharp drop from 97,000 resettled in 2016).

Against this backdrop, the members of Tree of Life were providing support and were then actively targeted because of their efforts to help those in need outside their own community. This compounding of hate is deeply insidious.

People need to feel a sense of belonging and that they are protected by their government, rather than be blamed or have their concerns ignored during a time of grief. All the Jewish community asked Trump to do before coming to Pittsburgh was to denounce white nationalism. He wouldn’t do it. Instead he chose to use the opportunity to rail against the media and blame them for not arming their house of worship which was historically open to all in the community.

With the frequency and diffusion of attacks across so many of our institutions and norms, I am deeply troubled about what the normalization of the violence is doing to our national psyche. I worry about our ability to absorb these events and oscillate between shock, disbelief, rage, and action.

We need a more adequate and sharpened response and analysis to the ongoing landscape of violence and normalization of white supremacy and ethnic nationalism we are witnessing. Over the next few months I have called on our staff to put together work, whether through interviews, blogs, podcasts, or short essays, that examine some of the patterns and overlapping forces happening. I also issue an invitation to all of you from our wider community to join us in this effort. We welcome your ideas and want to make our platform available for responses to the rise of authoritarianism, ethno-nationalism, racism, and white supremacy happening across our globe.

Even as we continue to do our work as a research institute generating scholarship that advances a more just society, we also reaffirm our commitment to prioritizing the protection and attention to groups who have been historically targeted, marginalized, and excluded; to those who seek refuge; and to those who become targets of attack or hate under any political administration or institution.