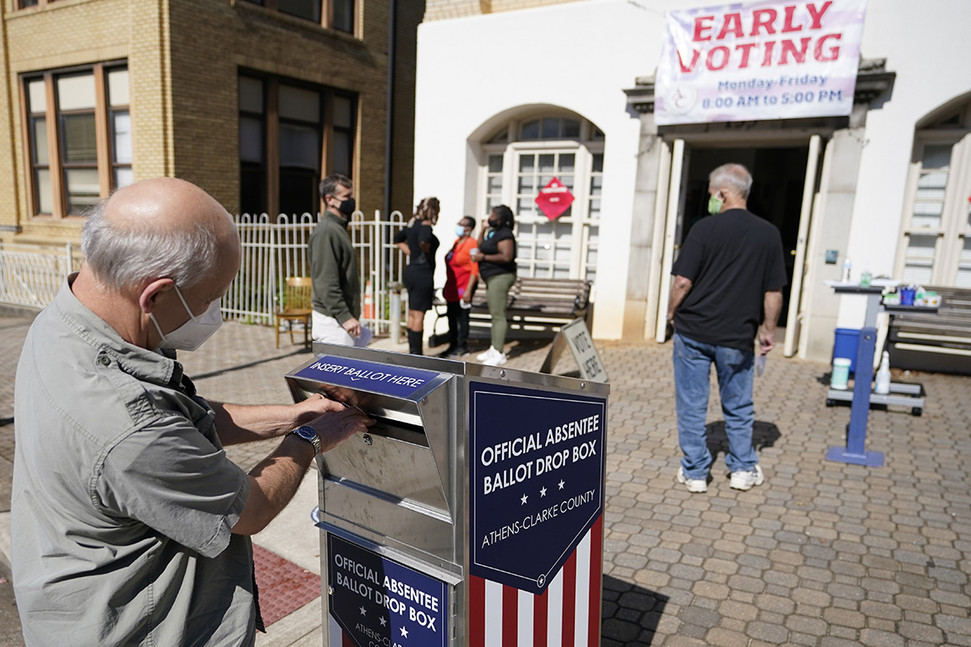 In order to combat voter suppression, President Biden delivered a speech on the issue.

“Some state legislatures want to make it harder for you to vote. And if you vote, they want to be able to tell you your vote doesn’t count for any reason they make up. They want the ability to reject the final count and ignore the will of the people if their preferred candidate loses.”

The White House has also purported that it is possible to “out-organize voter suppression,” an approach that has been met with disagreement. It is not possible to out-organize systemic frameworks of disenfranchisement. Gerrymandering and the new state legislature do not permit out-organizing.

For example, Georgia Republicans passed a restrictive voting law earlier this year in March. These new restrictions on voter I.D. requirement would affect more than 270,000 Georgians. Many Democrats and organizers are arguing that the Biden administration is not doing what it can to stop these attempts at disenfranchisement.

In a Politico report, Latosha Brown, co-founder of Georgia-based voting rights group Black Votes Matter, says, “Hope is quickly turning into frustration.Constantly, we are showing up to protect democracy. When in the hell are those who claim that they are committed to democracy going to show up to protect those that protect democracy?”

Brown’s comments come after Congressional Democrats have still not introduced the John Lewis Voting Rights Act, which would restore a requirement that certain jurisdictions receive approval from the Justice Department or a D.C. district court before making amendments to voting laws.

As the Senate filibuster continues, thousands stand to be affected in states where restrictive laws are being passed. The United States’ history of voter disenfranchisement continues today, where each vote is not equal, and to cast each vote does not require the same effort. It is imperative that voter rights be upheld in a supposed democracy.

Fill out this survey to show that you stand against voter suppression.