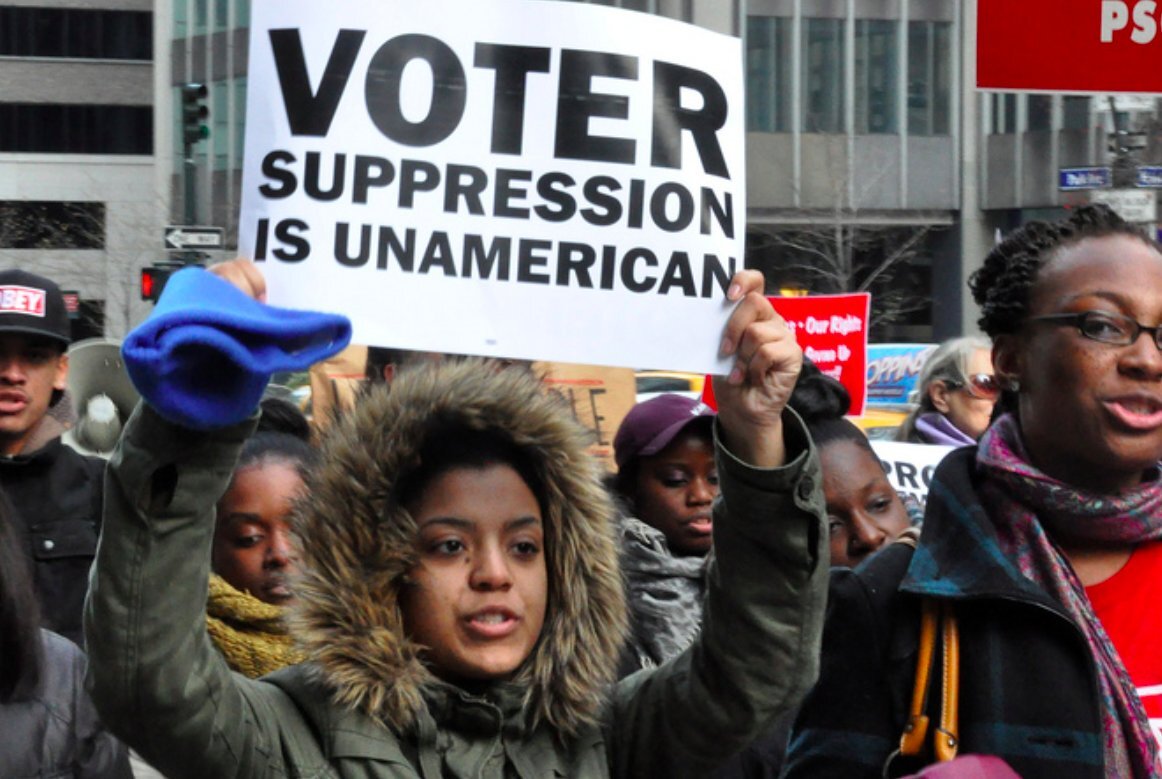 Georgia lawmakers have recently advanced a measure that would restrict voting access after the results of the 2020 election. The measure was voted 29-20 in the Republican-controlled state senate – the minimum amount of votes needed to pass the measure. The bill disallows for the right to vote by mail without providing an excuse, only allowing people 65 or older, or those with state-approved excuses to vote by mail. This follows a long standing history of voter suppression in the United States, which dates back decades and decades.

After the ratification of the 15th amendment of the US Constitution, that states that people cannot be denied the right to vote because of their race, color, or previous condition of servitude, many states turned towards state laws to curb votes by Black Americans, Native Americans, and women. The grandfather clause was an early case of voter suppression under Jim Crow, which only allowed people whose grandfathers were qualified to vote before the Civil War to vote – this meant that the percentage of Black men eligible to vote went from 90% with the 15th amendment to 6% after this implementation.

Voter suppression can occur in different ways – some are more explicit, some are more subtle. In Texas, the GOP majority has curtailed modernizing voter registration, blocking attempts at online registration, and not creating adequate infrastructure to allow for voting. Absentee ballots never arrived to the voters’ address, others were rejected, data-entry errors persisted. These are all voter suppression tactics and methods.

For Black Americans, disenfranchisement has been a constant. In many majority-Black neighborhoods, shortage of poll workers and polling centers creates lines that last hours. In communities of color that are underfunded and underserved, a lack of online voter registration disallowed these communities from registering. A study from the Center for Election Innovation and Research found that voter registration rates decreased as compared to the 2016 election after stay-at-home orders did not allow for eligible voters to register. https://www.businessinsider.com/why-black-americans-still-face-obstacles-to-voting-at-every-step-2020-6

Business Insider reports that, “A nationwide study of validated voter data from 2017 found that gaps between Black and white turnout and Latino and white turnout were significantly wider in states with strict voter ID laws, where a voter must cast a provisional ballot and take more steps to prove their identity for their vote to count than in states with non-strict voter ID, which allow voters without proper ID to cast a ballot if they sign an affidavit affirming their identity or have a poll worker vouch for them.”

Because of the 2020 election results, lawmakers are attempting to further disenfranchise Black Americans, Hispanic Americans, and other communities of color. This systemic voter suppression stands with a long history of disenfranchisement. In order to combat voter suppression techniques, you can take a stand by helping your community locally. Take steps to ensure that your friends and family are registered, volunteer with local voting registration organizations, and call your representatives to ensure that they hear your concerns about voting suppression!