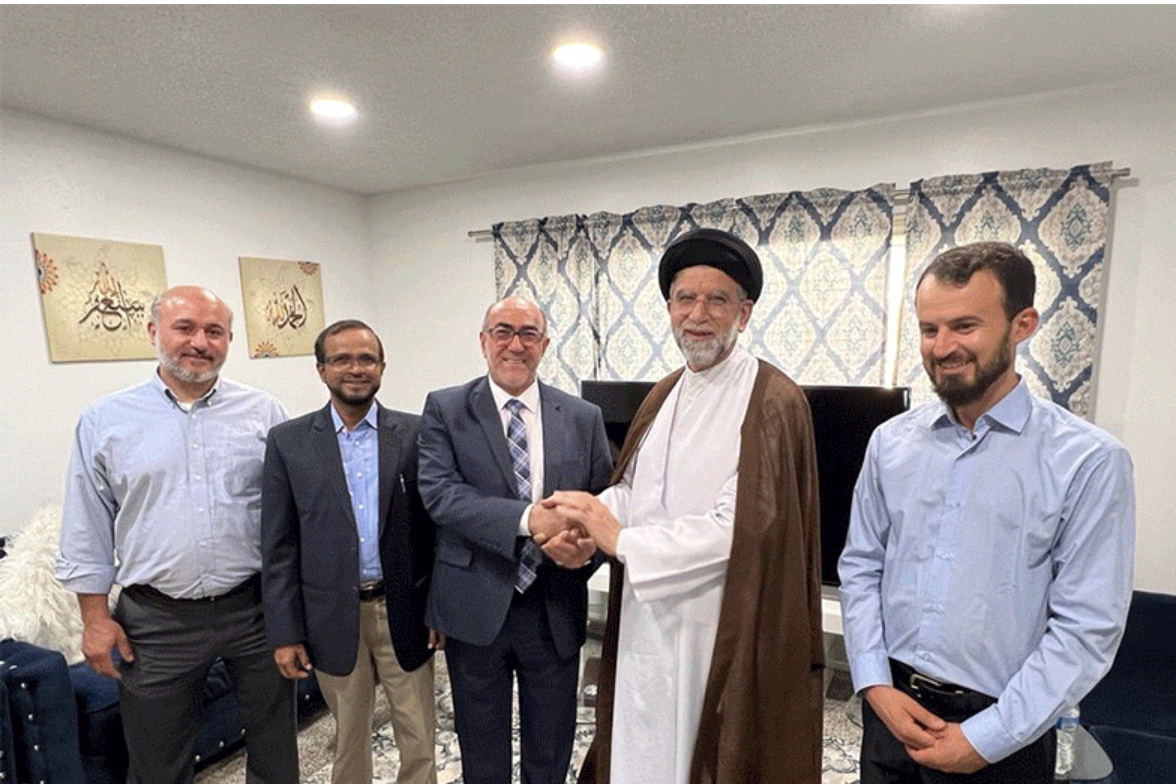 US Council of Muslim Organizations Secretary General Oussama Jammal visited Albuquerque, New Mexico Muslims on Friday to condole the families and community of four murdered Muslims and to give the Friday Address, attended by both Sunnis and Shias in an affirmation of unity.

Jammal, together with visiting Shia scholar Sayyid M.B. Kashmiri, religious affairs director at I.M.A.M. of Fairfax County, Virginia, jointly emphasized the “unity of the Muslim community and the rejection of divisive sectarian sentiment.”

“The Quran and Sunnah of our beloved Prophet, God grant him blessings and peace, intensely and distinctly emphasize the sanctity of all human life and pronounce unequaled warnings against anyone even harming the life of another and especially against taking a life unlawfully,” Jammal said in his sermon.

He said, “God tells us in Surat Al-Nisa’ [4:29-30], ‘And do not kill yourselves.’ He chose to use the Arabic word ‘anfusakum,’ meaning ‘yourselves,’ according to the great Quran commentator Al-Tabari, to mean do not kill one another.

“This use of the word ‘yourselves’ is to emphasize that you Muslims are one nation, with a single call and religion. It means for one Muslim to kill another is as if the killer is taking his or her own life, because all Muslims are part of each other, and we are to be united together as one.”

The Islamic Center of New Mexico, the largest and most prominent mosque in Albuquerque, invited the families of the murdered men to host the Muslim community and its organizational leaders at a packed unity event attended by both Shias and Sunnis.

The family members, one after the other, testified to the harmony of the Albuquerque community.

“Before we even knew who the perpetrator was,” said one of the victim’s family members, “I called the Sunni president of the Islamic Center, Ahmad Assed, as we normally do, to help us prepare the funeral, although we are Shia.”

“I never thought along these [sectarian] lines because this Center and its leadership have never been other than loving and caring for each and every member of the community, regardless of who we are.”

Family and community members spoke in succession with heart-warming words about their feelings of togetherness,” some warning against “outsiders” and “opportunists” who would cynically use their tragedy to try and sew discord among them.

Attendees – women, men, and children – came largely from the predominantly Afghani and Pakistani Sunni and Shia communities that have settled in and around Albuquerque, seeking to underscore with their strong and often moving show of togetherness the truth of the seamless communal unity the families and others spoke to.

“I was simply overwhelmed at the maturity, integrity, and open-mindedness of the Albuquerque Muslim community members and their leadership,” said Jammal. “It was pure brotherhood and love between them. They are an exemplary model, truly, for our country and our world.”