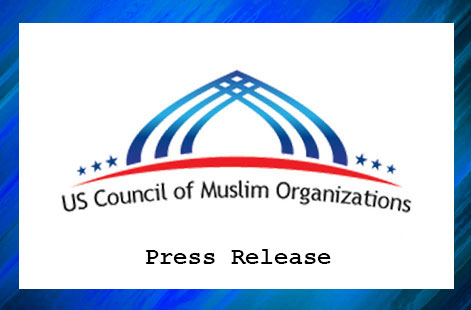 The US Council of Muslim Organizations (USCMO), a coalition of leading national and local American Muslim organizations, today announced plans to host the first-of-its-kind National Muslim Advocacy Day on Capitol Hill in Washington, D.C. on April 13, 2015.

Expected to draw hundreds of Muslim delegates from across the nation, this one-day event is open to representatives of all national, state and local Muslim organizations and communities.

The event is designed to connect national, regional and state Muslim organizations, community members with more than one third of the U.S. House of Representatives and a half of the Senate. Advocacy day issues will focus on the domestic priorities of the American Muslim community.

“We encourage the Muslim American community to participate in this unique opportunity to meet with their legislatures and experience the democratic process first hand,” said Oussama Jammal, Secretary General of USCMO.

“This is an important step in promoting greater Muslim political engagement and stronger ties with Congress. We’re particularly looking forward to ‘moving the needle’ in the nation’s capital on issues that impact American Muslims.”

On the day of the event, Muslim delegates will be offered a series of seminars on Capitol Hill covering best practices for meeting with elected representatives and how to discuss the day’s advocacy issues.

For more information about the event or how your Muslim organization or community can participate, please contact the USCMO at: advocacy@uscmo.org.