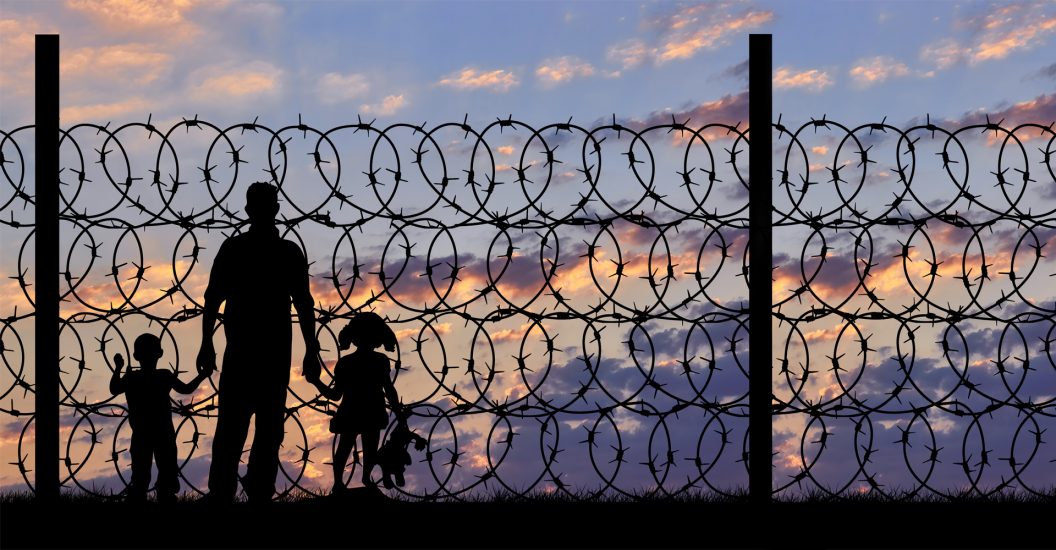 By MaryAnn Busso and Tony Czuczka

The global refugee population continues to climb. In 2016 there were 17.2 million refugees, an increase of 7 percent over 2015, according to UNHCR, the UN agency for refugees. For the third straight year, Turkey hosted the most refugees, at 2.9 million, followed by Pakistan, with 1.4 million, and Lebanon with 1 million people. Turkey and Germany are the only Group of 20 nations among the top 10 host countries. More than half of the world’s refugees originated from Syria, Afghanistan and South Sudan. In South Sudan, a growing humanitarian crisis led to an increase of 64 percent during the second half of the year to 1.4 million people.

With nations from China and Germany to Mexico and the U.S. at the G-20 summit table, finding a shared approach is difficult. German Chancellor Angela Merkel has made migration a priority as G-20 summit host, calling on members to back a “Compact With Africa” to promote investment to build up local economies. Europe’s Mediterranean countries such as Italy are among those concerned about new waves of refugees and migrants arriving from North Africa. (Unlike refugees, who flee their homes due to war or persecution, migrants choose to move mainly for better economic opportunities or family reunification.) The influx of arrivals to Italy has prompted Prime Minister Paolo Gentiloni to request help from the European Union to deal with the pressure. 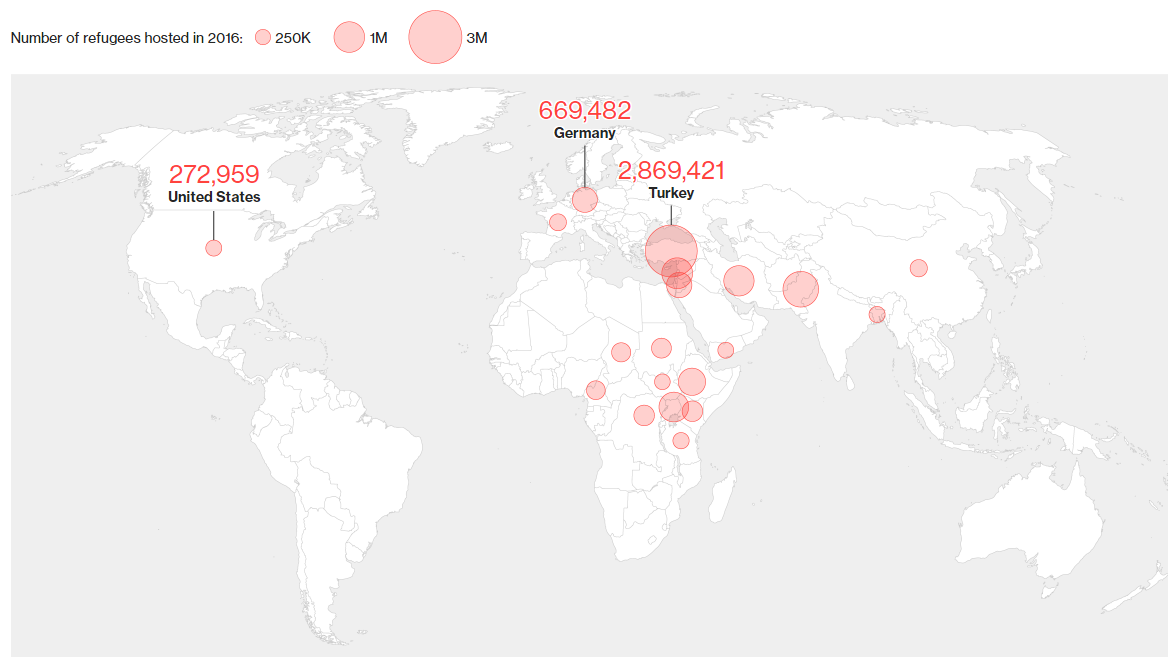 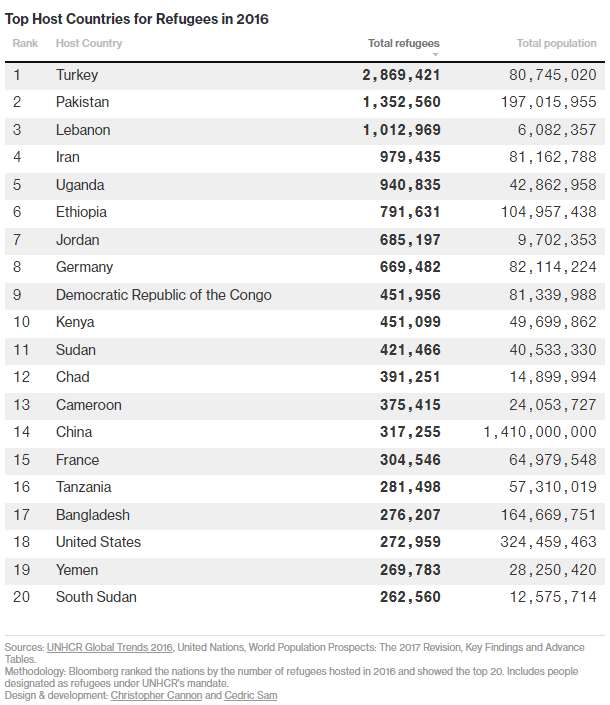