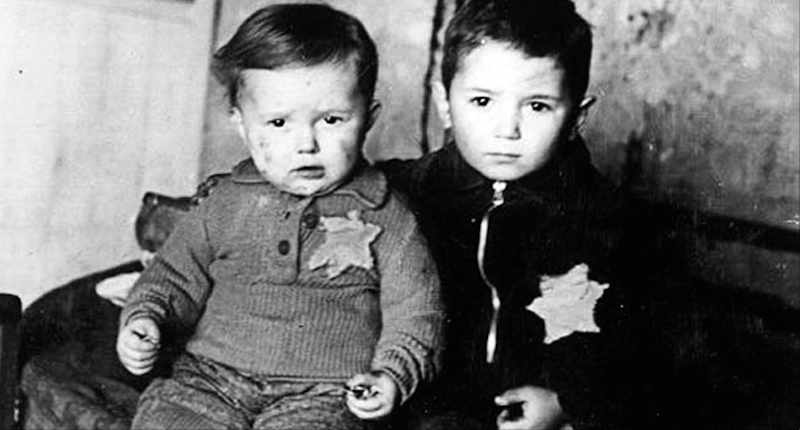 Donald Trump stuck a toe across the Nazi line Thursday morning in the ongoing hysteria over Muslim immigrants.

The Republican presidential frontrunner refused to rule out requiring Muslims to carry special identification showing their faith — which the Third Reich required Jews to do with a yellow badge that resembled the Star of David.

“We’re going to have to do things that we never did before,” Trump told Yahoo News. “Some people are going to be upset about it, but I think that now everybody is feeling that security is going to rule.”

The Nazi policy was based on an anti-Semitic practice in Medieval and Renaissance European nations, and historians say it played a large role in paving the way for acceptance of the Holocaust.

RELATED: Trump refuses to say how Muslim ‘databases’ would be different from Nazi IDs for Jews

“The German government’s policy of forcing Jews to wear identifying badges was but one of many psychological tactics aimed at isolating and dehumanizing the Jews of Europe, directly marking them as being different (i.e., inferior) to everyone else,”according to the Holocaust Center. “It allowed for the easier facilitation of their separation from society and subsequent ghettoization, which ultimately led to the deportation and murder of 6 million Jews.”

Trump also refused to rule out warrantless searches as part of his call for increased surveillance of Muslim houses of worship, and he has also suggested that U.S. mosques could be shut down if they are deemed to be a security threat — althoughhe’s not certain that’s legal.

“Certain things will be done that we never thought would happen in this country in terms of information and learning about the enemy,” Trump said. “We’re going to have to do things that were frankly unthinkable a year ago.”

The real estate tycoon and reality TV star said he was open to registering U.S. Muslims in a special database, in addition to requiring them to publicly identify themselves by their faith.

The GOP candidate suggested that he would consider former New York Police Department Commissioner Ray Kelly, who oversaw a controversial surveillance program against Muslims following 9/11, for a position in his administration, if he was elected next year.

“Ray’s a great guy,” Trump said. “Ray did a fab job as commissioner, and sure, Ray would be somebody I’d certainly consider.”

Trump has repeatedly praised the program, which remains the subject of a federal lawsuit and did not result in a single investigative lead or arrest.