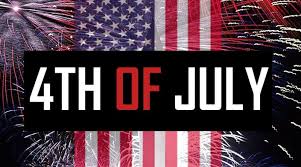 In Akron, Ohio last week, the Akron Police Department shot the fleeing Jayland Walker more than 60 times in the back, after a traffic stop resulting in Walker fleeing from his car. Body Camera footage was released, showing 8 officers firing more than 90 shots, and the demise of Jayland Walker, and then the attempt to handcuff his body, after it had already breathed its last breath. Akron has been in a state of protest since the footage was released, prompting the city to cancel Independence Day celebrations. Police have killed more than 285 people in the United States in 2022 alone, and Black people in the United States are most likely to be victims of Police Brutality.[1] The Akron Police Department showed transparency in quickly  releasing the damning body camera footage, and we are hopeful that they will adequately investigate the incident, and hold the responsible parties accountable. We send our prayers for the family of Jayland Walker, who are requesting the dignity of their son be upheld in the face of an unimaginable tragedy.

In Highland Park, Illinois, a July 4th parade was interrupted by gunshots. 6 people were killed, and dozens more were injured. The suspected gunman, now in custody after spending hours on the run, is 22 year old Robert Crimo III. His fascination with guns and shooting is documented on social media. His ability to purchase a military assault weapon with such a high capacity is concerning. This was just another in the more than 300 mass shootings that have occurred in 2022[2]; we are now half way through the year, and are concerned at the possibility that this number could double in the next 6 months. This was not the only shooting that occured at Independence Day festivities. In Philadelphia, Pennsylvania during Fireworks, shots were fired, causing crowds to disperse, and injuring two police officers.

The culture around weapons and mass shootings in the United States has gotten out of control. Spectators from across the country report mass panic at the sound of fireworks, which were mistaken for shots fired. The American people are living in fear, and until the laws do not stop protecting the people’s rights to own high capacity, military-grade weapons to be used by civilians, we will constantly be looking over our shoulders waiting to run. Grocery stores, shopping malls, community celebrations, elementary schools; there is nowhere that our lives are off limits.

At ICNA CSJ, we are angered and scared, we hope to see more legislative action being taken to protect our families and communities.