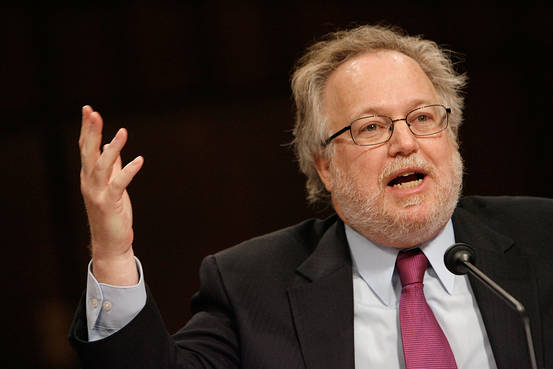 The rapid rise in pay for corporate executive officers, which stands in contrast to the stagnant wages of many Americans, is a key driver of inequality that’s not clearly tied to talent or performance, a new report from a liberal think tank finds.

The Economic Policy Institute report says this means CEO pay could be reduced without hurting economic growth or productivity.  EPI says top U.S. CEOs make 300 times more than typical American workers, down from a peak of 376 times in 2000 but well above levels seen in the preceding four decades.

“The growth of CEO and executive compensation overall was a major factor driving the doubling of the income shares of the top 1% and top 0.1% of U.S. households from 1979 to 2007,” write EPI researchers Lawrence Mishel and Alyssa Davis. The findings are the latest to address the issue of inequality and its impact on broader economic activity. The International Monetary Fund has argued high inequality wasactively damaging to growth.

The EPI report also counters recent research arguing inequality has been driven by a gap between firms than within them. EPI authors say such work tends to focus on too broad a range of entities as opposed to simply large firms, which skews the pay levels downward and understates the pay gap.

“This is a clever but misguided critique. The reason to focus on the CEO pay of the largest firms is that they employ a large number of workers, are the leaders of the business community, and set the standards for pay in the executive pay market and probably do so in the nonprofit sector as well,” the authors say.

To show that, they compared the pay gains of CEOs against other high-wage earners and found the executives were paid substantially more.

“Compensation of CEOs has far outpaced that of very highly paid workers, the top 0.1% of earners,” write Mr. Mishel and Ms. Davis. “There are substantial rents embedded in executive pay, meaning that CEO pay gains are not simply the result of a competitive market for talent,” they say, citing earlier research findings.

Because of this, they conclude, if CEOs “were paid less there would be no loss of productivity or output.”