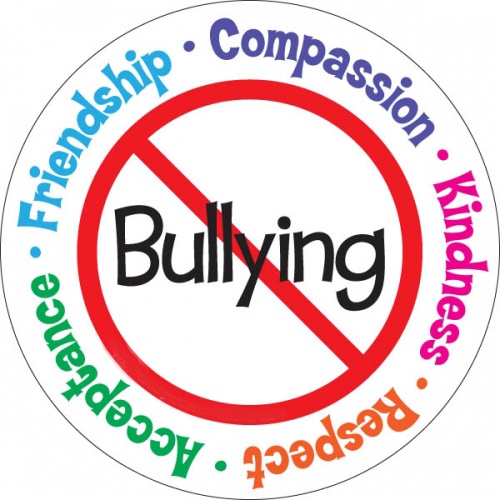 1: Educate children on bullying and be clear what is expected of them

Ground rules should be set on the first day of school. A good way to ensure that children will follow these rules is to have the class come up with their own rules together.  Following one’s own rules makes it easier and logical.  Children should also know what behaviors will and will not be tolerated.  Consequences for violating rules should also be explained. It is also important that children are taught the dangers of bullying.  Teachers should explain the physical and/or psychological damage that one can inflict on another by bullying.  Explaining the falsehood of misconceptions and stereotypes surrounding bullying is also crucial to ensure that bullying does not happen.  Students should be aware that bullies can come in all shapes and sizes.  The stereotype of a lumbering, unkempt, and rather dull, male figure often comes to mind when the topic of bullying arises.  The student’s see bullies that fit this stereotype often in TV shows and movies.  The teacher should make it clear that it is possible for anyone to bully, regardless of their physical characteristics, gender, or personality.

2: Educate staff members and remind them to be role models

Children closely observe the behavior of others in order to learn what is socially acceptable.  It is important that teachers do not do anything that could be defined as bullying.  Teachers should make sure that their teasing does not become offensive and should absolutely not insult a student. Staff training by professionals is also important so that a problem can be effectively taken care of.

Encourage kids to share their experiences and problems with a trusted adult.  If a problem arises, children will not hesitate to consult with a responsible adult who can help end the problem as soon as possible.

4: Have students do activities that relate to bullying (skits, creative writing)

These activities can include skits or creative writing. Anti-bullying messages will become more relevant in their lives if they are incorporated into the curriculum.  These activities will give students another way to understand bullying, rather than simply repeating facts and clichés that don’t hold much significance to them.

5: Have a reporting system that is clear and effective

Students should be reminded that all reports will be taken seriously.  This reporting system should give students a chance to remain anonymous.  Reports should also be kept on record so that any recurring problems will be evident and appropriate action can be taken.

All students and staff members should take an anti-bullying pledge.  This pledge will provide a sense of officiality, seriousness, and responsibility.  The pledge should include a promise to follow all rules and also to report any instances of bullying.

7: Be vigilant in case there may be possible bullying

All staff should stay alert for signs that a student may be bullied.  This includes but is not limited to teachers, administrators, building services, bus drivers, and cafeteria workers. Staff should also avoid treating any type of conflict among students lightly, as it can already be a case of bullying or lead to bullying in the future.  Students should also be observant in case they see bullying and report it immediately.  Someone who bullies is not likely to do it in front of a teacher.  However, they will become comfortable doing it in front of their peers if they do not face any repercussions.  It is important that students step in to be able to stop a bullying incident as soon as possible.

It should be well known that bullying is not tolerated and all cases of bullying will be taken seriously.  This will help students and parents feel safer as well as more likely to report bullying.  An increased in incidents reported will also discourage any bullying to occur in the future.

9: Teach children methods to be able to put a stop to bullying as much as they can

Children should be taught ways to effectively deal with a bully so they may be able to put a stop to any bullying incidents before the situation escalates.  Teaching how to ignore, walk away, assertively say “stop” or “no” is a skill that will help build confidence.  It is also crucial to empower and encourage bystanders, as proactive bystanders can deter bullying.  Bystanders must step in to stop the situation or report the bullying as soon as possible.

10: Educate adults how to parent so that their child will not be influenced to bully

Parents should avoid excessive yelling, abuse, name calling, and beatings.  It may send the message that it is acceptable to treat their peers the same way.  A child may also retaliate and bully others because it gives them self-worth and a sense of control and superiority after being abused.  Parents getting to know their children’s friends also reduces bullying.  A healthy relationship and line of communication between parents and children is also critical in raising a child who will not bully.  Parents should ask children about their day and reaffirm that they are there to support them through their hard times.

A great way to stay connected with other Muslims in your school is through an MSA.  It can feel difficult at times to be a strong Muslim if one constantly sees messages in the media portraying Islam and Muslims in a negative light or if one is harassed or bullied because of their faith.  Being with other Muslims makes it easier to get through tough times.  A well-established and active MSA will also garner the respect of others and possibly reduce the risk of bullying towards Muslims.  Students should begin starting an MSA by finding a staff member that can sponsor the club, a place to hold meetings, and advertise to get the word out to potential members.  It is ok if your MSA does not have many members in the beginning.  Do not worry about quantity and focus on quality.  After your MSA has at least a few members, plan different events for other Muslims and also non-Muslim students.