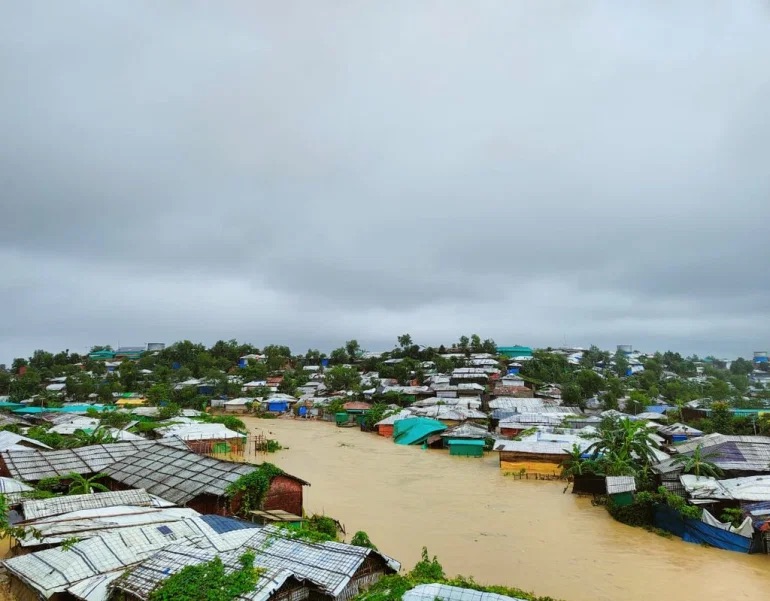 Floods in Bangladesh have been displacing Rohingya refugees. Cox’s Bazar, Bangladesh is home to over 900,000 Rohingya, and has been facing non-stop rains for over a week. These rains are coming down hills, crashing into the refugee camps. Flash floods and landslides are causing deaths and destruction.

Temporary shelters made of bamboo and tarpaulin have killed at least six refugees, three of which are children. More than 3,800 shelters have been partially or completely damaged in the floods. Because of the temporary nature of the homes, they are not strong. Rohingya refugees themselves are rebuilding after the rains.

The Rohingya that live in these crowded camps fled a military crackdown in Myanmar in 2017, where the government was enacting ethnic cleansing on the ethnic Rohingyas.

More than 20,000 Rohingya have been affected by the flooding. It is reported that 13,000 Rohingya were forced to flee and relocate, while thousands of facilities, including health clinics and toilets, have been damaged. There is further damage to roads, paths, and bridges, leading to less accessibility for supplies that could potentially come in.

The monsoon season lasts from June to September in Bangladesh, where the hilly terrain makes landslides and destruction common during the seasons.