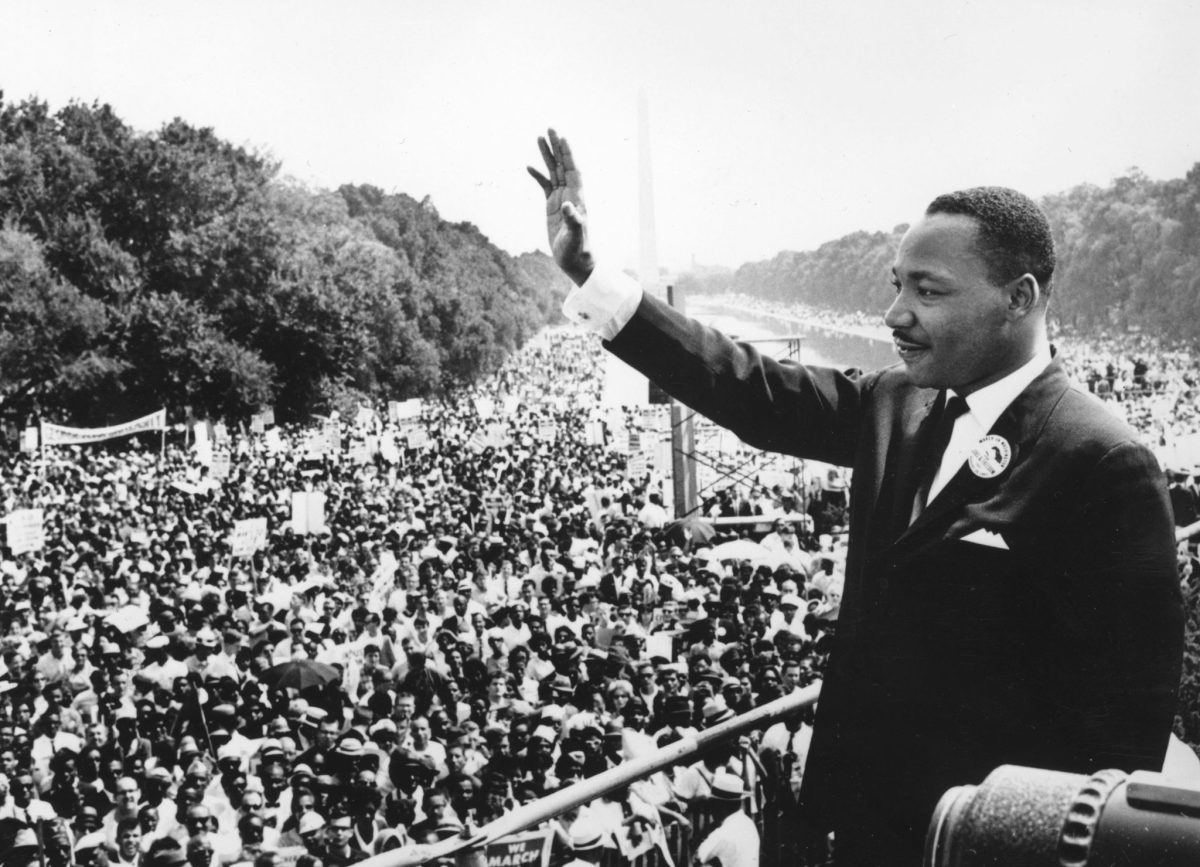 Martin Luther King Jr. (MLK) was a revolutionary during the struggle for civil rights amongst Black Americans. A popular figure whose impact is known throughout the country, culminating in a national holiday, MLK’s legacy is one that has been washed down in its intensity and intention. The American project has oft used Black revolutionaries and leaders to create an appeasement with American-ness. Figures like MLK and Rosa parks are evoked to signify peaceful protest. Although peaceful protest is a park of the legacy that MLK leaves behind, his views on civil rights, his misquoted speeches, and his radical views later in life are left out of the conversation on a day that claims to remember him.

Martin Luther King Jr., during his life, was not a revered figure amongst white Americans. In 1966, a Gallup poll measured his approval rating at 32% positive and 63% negative. In December of that year, a Harris poll concluded that 50% of whites felt that King was hurting “the negro cause of civil rights,” while 36% felt that he was helping. When he was assassinated in 1968, three out of four white Americans did not approve of him. MLK was not that sanitized figure that the establishment parades today – rather, he was a radical. He fought against police brutality, advocated for a universal basic income, and condemned those against equality.

King said, “He who passively accepts evil is as much involved in it as he who helps to perpetrate it. He who accepts evil without protesting against it is really cooperating with it.”

Recently, Florida Governor Ron DeSantis (R) introduced legislation that allows parents to sue schools that teach critical race theory in the classroom. He invoked MLK’s words to make a point about the teaching of race. This sort of act by politicians and the establishment in invoking MLK and taking out of context his words and legacy is an active step of the race problem in America. By sanitizing MLK, his views are watered down, his impact weakened, and his words, used as a tool to spew racism by those MLK fought against. It must not be tolerated.

MLK said, “The first thing I would like to mention is that there must be a recognition on the part of everybody in this nation that America is still a racist country. Now however unpleasant that sounds, it is the truth. And we will never solve the problem of racism until there is a recognition of the fact that racism still stands at the center of so much of our nation and we must see racism for what it is.” These words were said by King days before he was assassinated. He was assassinated by a white supremacist.

Oseye Boyd says in an article published in IndyStar, “King also was under FBI surveillance — the same type of surveillance tactics used against Soviet agents were used against King, according to William Sullivan, who was head of the FBI’s domestic intelligence division at the time. To the FBI, King was ‘the most dangerous Negro of the future in this Nation from a standpoint of communism, the Negro and national security.'” I also find it ironic — and a tad bit disgusting — that many of the people who love to quote King would have been anti-King during his short lifetime. And, they would be anti-King today, if they took time to know who he truly was.”

And so, with the MLK Day holiday, it is apparent that the American public is comfortable claiming that Black lives don’t matter while attempting to commemorate a figure who died for civil rights, killed by a white supremacist. Although legal segregation that existed before the 1960s is “over,” systemic racism, systemic segregation, and oppression of Black Americans persists to this day. Black voters are disenfranchised, their voices silenced. When parents, politicians, and leaders fight to ban critical race theory from schools, when they don’t prioritize Black issues, and when they repeat the harms of racism over and over again, it is obvious that MLK’s words should be not a reminder of the past, but are words that are still as relevant as they were in the early civil rights movement. They are words that must be understood by the American public if we are ever to achieve equality, equity, and inclusion. Sanitizing and whitewashing MLK’s legacy is a part of the racist, white supremacist framework that grounds American society. As we recognize MLK Day, we must confront this sanitization in our efforts to honor Martin Luther King Jr. in his radical fight for civil rights, a fight for racial equity that continues to today.