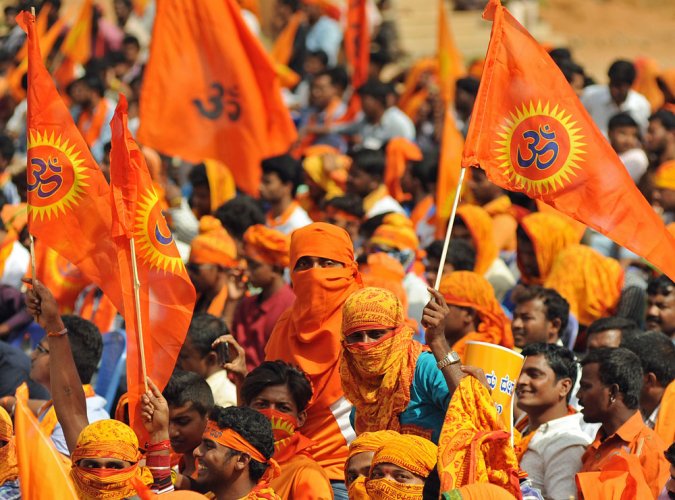 Hindu nationalism has a long and entrenched history in South Asia. The ideology of Hindutva, Hindu nationalism, is a political movement that embraces Hindu nationalism, fundamentalism, and identity. The Bharatiya Janata Party (BJP) is a party that centers its existence on Hindu nationalism. From 1947, when India became independent from British colonization to 2000, the Indian National Congress held the majority of seats in parliament. BJP throughout this time was increasing in its popularity as tensions between Hindus and non-Hindu minorities were increasing.

In 1996, the BJP won a majority of seats in parliament for the first time, running on a platform of Hindu nationalism, and anti-Muslim dog whistles – calling for the banning of cow slaughter. The platform further included sentiments to reclaim Kashmir as Indian.

In 2001, Narendra Modi, now prime minister, took office as the chief minister in Gujarat. Modi is a lifelong member of Rashtriya Swayamsevak Sangh (RSS), an extremely conservative Hindu organization that is dedicated to preserving and restoring Hindu identity in India through an establishment of a Hindu state. In Gujarat after 2002, riots that targeted Muslims were carried out by Hindus, with no response by the ruling BJP government. As a result, many argue that BJP was complicit in the riots, to the point that it could be considered an ethnic cleansing. As a result of the riots, 150,00 people were displaced and ended up in refugee camps.

As BJP gained more and more power, normalization of anti-Muslim and anti-minority sentiment occured. Hindu nationalists, adorned in saffron to signify their identity as Hindutva supporters, became emboldened – now the violence against non-Hindus was sanctified by the government. From stopping cars that contained cow meat, to lynching and beating Muslims, to hijab bans, Hindu nationalists today are engaging in ethnic cleansing and are on the way to a genocide with no repercussions from the government or international community. When a government fails to address escalating violence of a majority community against a minority, the violence is sanctified, normalized. When government officials tweet about hanging Muslims and urging the masses to take up arms against specific communities, an injustice is legitimized and even encouraged.

In the next part, I will be going over the rise of US-based Hindu nationalism, drawing from a recently released report on Hindutva in the US.

This article draws from the journal study written by Andrea Malji, published in the Association for Asian Studies. Find the link here.