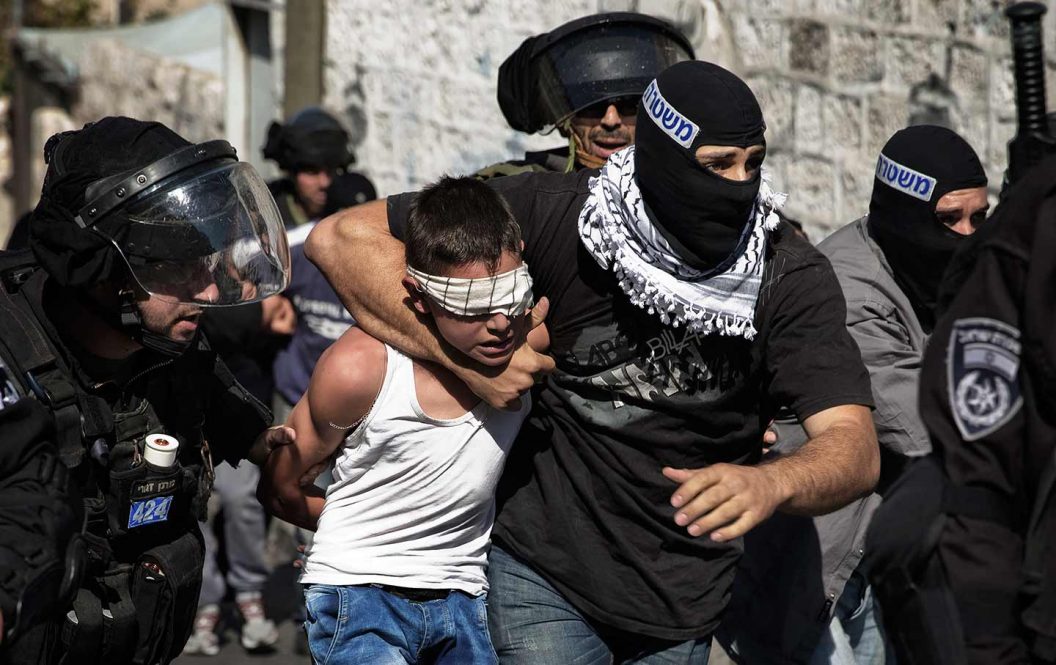 The recent escalation of violence between Israel and Palestine these past couple months has got some Americans wondering what they can possibly do to help such a complicated situation. Many understand that the conflict between these two countries is contentious with deeply rooted tensions. Solutions to the situation have been proposed and debated for decades, with no substantial positive results. One idea some experts have begun to emphasize is shifting the focal point of problem solving to consider the wellbeing of the children encompassed in this fight. Children’s rights are seen as apolitical, every group involved in the conflict should be unopposed to keeping children safe. Therefore focusing on children’s needs as a nonviolent conflict management and mitigation strategy can be a point of common interest across lines of combat in such an intractable conflict.

Today in the West Bank, approximately 43 percent of the 2.9 million Palestinians making up the population are children under the age of 18. In the past 18 years, 10,000 of these children have been detained by Israeli forces and held in the Israeli military detention system. A recent report produced by the Defense for Children International Palestine (DCIP) found that between 2012 and 2016, 72% of the nearly 600 Palestinian children who were detained experienced physical violence after their arrest.

From the 1991 UN Convention on the Rights of the Child (CRC), which Israel itself has consented to, international law mandates that children should only be deprived of liberty as a last resort, they can not be subjected to torture or inhuman and degrading treatment or punishment, they must have access to legal assistance, and they must be afforded the right to challenge the legality of their detention with a promise of swift decisive action.

However the following statistics from DCIP’s 2016 report show the disregard Israel has towards their commitment to adhering to international law when pertaining to the rights of children. Of the 600 documented detained Palestinian children many reported instances of torture/degradation:

The U.S. congress just recently proposed its first ever bill on Palestinian human rights in November of 2017 and its focus is on Palestinian children. The Promoting Human Rights by Ending Israeli Military Detention of Palestinian Children Act also known as H.R.4391 was introduced by Congresswoman Betty McCollum of Minnesota and co-sponsored by nine of her democratic colleagues. Today it is supported by 26 members of congress. The bill is aimed to stop U.S. tax dollars from supporting the detainment and inhumane treatment of Palestinian children. It specifically requires an annual report from the Secretary of State certifying that “United States funds to Israel do not support military detention, interrogation, abuse, or ill-treatment of Palestinian children, and for other purposes.” Currently the bill remains in its beginning introduction phase.

For American’s wondering what they can do to help, here is an action you can take to support real change. Tell your local congress members to support this bill, to ensure that your tax dollars are not being used to support the inhumane incarceration of Palestinian children in Israel’s military detention system. A system that Unicef calls a systematic and institutional method of proliferation for the ill-treatment of Palestinian children. The next steps that must come before this Bill can become a law is as follows: it must pass the house with a majority of 218 votes, then it must pass the senate with a majority of 51 votes, then it must be signed by the president to become a law.

Here are multiple links that have set messages ready to send to your local lawmakers in order to encourage them to support this bill with their vote and their voice: