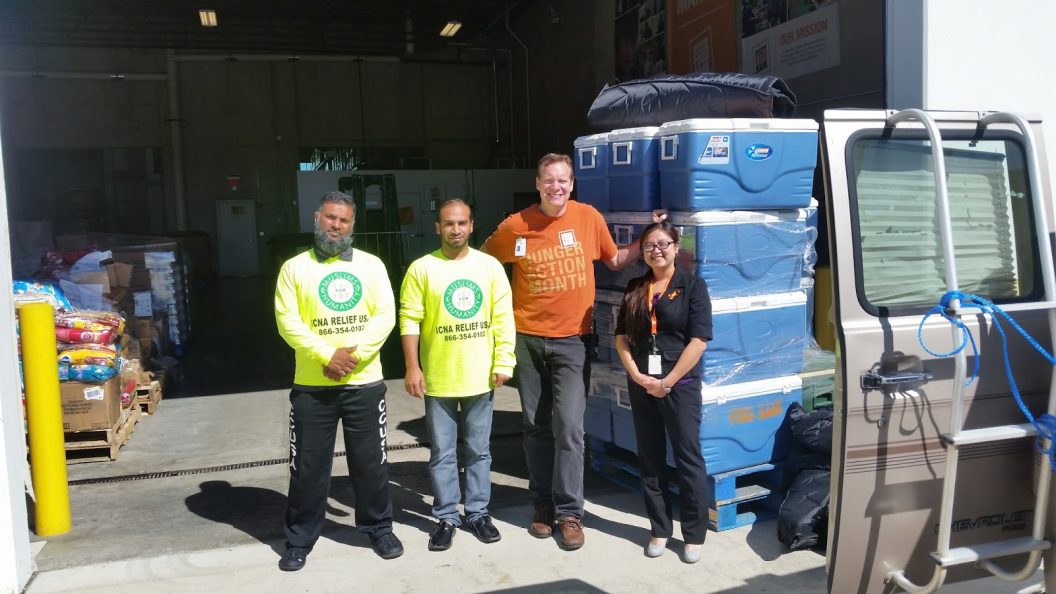 On the night of June 4th & the early morning of June 5th, 2011, I participated in the annual “AFSP: Out of the Darkness Overnight” Anti-Suicide walk, in New York City. I didn’t even realize how important this walk that I had committed myself to was, until I actually got to the starting point of the walk, in Brooklyn. The walk hadn’t even started yet, and I was just jolted with anxiety & excitement, not knowing how this whole event would play out. There were all types of people there, at this walk, from all over the country & around the world. They were there to lend their support to put an end to Suicide, at all costs. However, there was one group of people who were not in attendance at this walk……it was us, the Muslims; we were nowhere to be found!!! It’s so ironic how something as prevalent & important an issue as Suicide, or this kind of walk, could possibly be the furthest thing from our agendas-It’s not something that we even think about, or are concerned about.

We are so pathetically distant from real issues in our society, like Suicide-I can say for myself, as an individual Muslim, that this walk is incredibly significant to my ability to be of better service to Allah, as His servant, as well as being of better service to my Human race. As Allah says, “From that which we’ve ordained the Children of Israel is that whomever kills a person who has killed no one, nor has committed corruption in the Earth, it’s just like they’ve killed the whole Human race. And, whomever saves them, it’s just like they’ve save the whole Human race.” (Noble Qur’an: Chpt.5, V.32). It’s a proven fact that Suicide-Awareness indeed saves lives!!! There were so many people here, all for the same objective: to save people from making the mistake of taking their own lives. Even if only one person was saved because of this walk, it would be worth it.

This walk was absolutely amazing, to say the least!!! Every step on this this 18-mile journey was an excuse for me to reflect on this precious gift that Allah has given us called life. This walk was in fact a celebration of life itself; my fellow participants, from every part of this nation, all had individual & personal purposes for committing themselves to this walk, along with a valid narrative to boot. I had the awesome privilege of meeting & conversing with some of the most humane, amusing, and positive people you could ever find on the planet-Take actress/activist, Mariel Hemingway, for example, who lost 7 of her own family members to Suicide. In spite of her tremendous loss, she displayed such fortitude, that I very much admired her for. And, she shared her personal story of familial tragedy, with such an immense level of grace, honor & dignity; she’s also a strong advocate for the American Foundation for Suicide-Prevention as well, which is the organization that annually sponsors the “Out of the Darkness Overnight”.

During this walk however, I still felt isolated, alone, and disappointed. Everyone had a walking team, or at least family or friends to walk with, but I didn’t have anyone initially with me walking, nor a walking team; I was just by myself. I tried very hard to conceal my immense anger and disappointment at the Muslim-Community, our leadership & organizations particularly. I reached out to at least 5 major Muslim institutions of Islamic-Learning, Muslim advocacy groups, and leadership councils…..none of them showed the significant want, or care, to partake in this cause, or endorse me, or even help me to spread awareness about this walk. When I sent out e-mails to these institutions, groups, councils, and organizations, they didn’t even have enough courtesy to reply to me and say they were not interested-I received zero responses, from at least 98% of those whom I contacted. But, in spite of all of that, I made it my business to commit to this walk, and to do it by myself, because you know what they say: “If you want something done right, do it yourself.”.

Honestly, there were in fact instances where I wanted to just quit this walk, because of lack of support for it, from my own community. However, after every mile, and after every check point/rest stop, and all in between, there were people, congratulating us for the miles that we had already walked and encouraging us to walk even more. These people, the AFSP staff, volunteers, family members of those who were running, family members of those who committed Suicide, all of them gave us so much encouragement to go on and finish this walk. It was so wonderful having them there to instill encouragement to complete our walk.

There’s one thing I can say, walking by one’s self does have its advantages-Whenever people would ask me as to who, what, or why I was walking, I had the splendid opportunity to express myself individually, as an individual Muslim. Everyone whom I had told that I was walking on behalf of the Muslim-Community were absolutely ecstatic, and I could see the surprise, and delight on their faces; they were shocked that a Muslim would even be there, and at the exact same time, they were so happy that a Muslim was there. For those whom I came in contact with, and told that I was representing the Muslim-Community, it was a good feeling for them to know that somewhere out there, at least one Muslim actually cares about this cause, and this may have been the very first time that many of them have even met a Muslim. But, it shouldn’t have been just be me who cares, it shouldn’t have been just me out there, all of us should care, and all of us should’ve been there!!!

Now, it was just me out there, one Muslim, by himself, and even just as an individual, I made a positive impact on people that I came in contact with. Just imagine, if the Muslim-Community had a significant presence there? It would have been such a powerful Da`wah power-play, for people to know that we empathize with them, and want to be part of the solution to this major problem plaguing America. We all owe it to Allah, then to our fellow man to be a part of this particular walk and movement, to put an end to Suicide. The grand involvement of the Muslim-Community in this walk would most definitely place a positive imprint in the hearts of the people who would witness us there. It would be a tool that we could’ve used to help us clarify the negative stigmas about Muslims being inherently religiously violent, that serves as every-day slander in popular media upon our religion, as well as the general character of the Muslims.

When we’re seen participating more often at these types of events, promoting the general preservation of life, then it would turn the tides of how we’re viewed in America and across the world. Participation in a walk like this would place us in a different light, as caring individuals, who respect, honor and celebrate life. We must all make a more valiant effort to involve ourselves in the society that we live in, to paint a better image of Islam & Muslims, through our actions, as well as contributing to the general betterment of our society, by being of better service to the people.