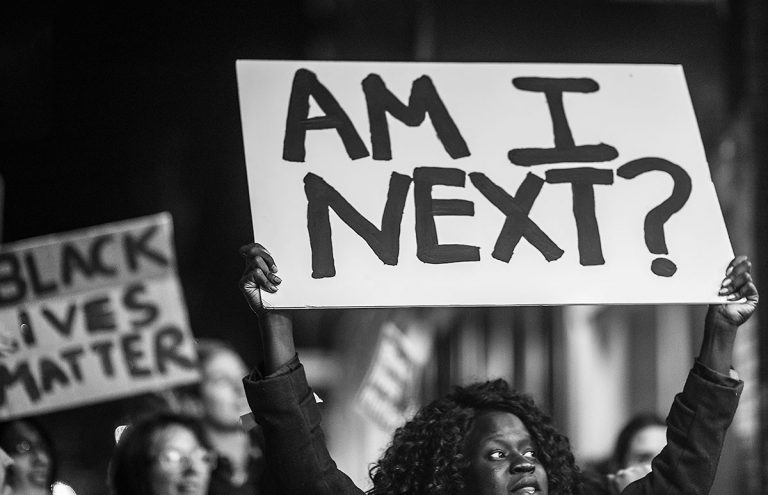 The recent extrajudicial police killings of Alton Sterling in Baton Rouge, Louisiana and Philando Castile in Falcon Heights, Minnesota are dramatic and damnable examples of America’s centuries-long unresolved, racist dysfunctional relationship with African American people, particularly males. Police officers across the country have executed African Americans on the streets of America with impunity much like Southern slave patrols viciously disciplined, permanently maimed, or killed enslaved Africans, with no consequences, to maintain the existing social and economic order of chattel slavery. Over the last few years, social media has exploded with what appears to criminologists, some law enforcement officials, community activists, and persons with reasonably good visual and auditory capacity, irrefutable evidence that at best, police officers are using excessive force when confronting African American males and females, and in worst-case scenarios publicly ending their lives on the streets without the benefit of trial or presumption of innocence. This same social media exposed the global public to militarized police who routinely turn ordinary neighborhood police operations into frightening displays of occupation arsenals and battlefield tactics.

After the 2012 killing of unarmed 17-year old Trayvon Martin by the bigoted sociopath known as George Zimmerman, the hashtag #BlackLivesMatter became a rallying call to demand the recognition of the humanity of Black people in the United States and across the globe. Much like the message of the non-violent Civil Rights Movement protests of the late 1950’s and 1960’s where Black men carried signs with the simple message of, “I Am a Man,” African American men have felt compelled to remind those intent on denying them their God-given rights as human beings that they are not a subspecies regardless of discriminatory laws, popular opinion, or distortions of scientific evidence designed to validate this absurd proposition. #BlackLivesMatter has become an iconic global mantra that encompasses the social change organization by the same name, but is not limited by the objectives, membership, or program of the Black Lives Matter group. Citizens of the world are reacting in horror to the brutality that has been inflicted on often unarmed African Americans and Latinos by law enforcement officers who seem more intent on their mission being Seek and Destroy rather than Protect and Serve. Massive demonstrations have been held around the world in such places as London, Amsterdam, Berlin, Ireland, and Cape Town, South Africa in support of the #BlackLivesMatter movement’s demand to end police lawlessness, particularly against Black people.

Muslims, or no other people for that matter, should dilute the present imperative for us to act decisively and boldly with and on behalf of Black people in this country who have been systematically exploited, oppressed, and denied humanity since being kidnapped from the African continent and enslaved throughout the Western hemisphere. Although there is no denial that “All Lives Matter,” the question must be asked to those who insist on supplanting the #BlackLivesMatter with the hashtag #AllLivesMatter, “Have All Lives Really Mattered to you throughout the cumulative history of Black suffering from chattel slavery and structural racism from 1619 until today?” It is an abomination against mankind that African Americans and Latinos can be repeatedly brutalized and killed by crazed policemen, in the proverbial broad daylight, and, minimally, laws are not created to severely punish killer cops who abuse their government-sanctioned authority by treating ordinary citizens like enemy combatants. Pleas and warnings about the potential consequences of cops terrorizing, brutalizing, and killing African Americans are not a recent phenomenon. In the 20th century, no less leaders than Martin Luther King Jr. and Malcolm X appealed to the nation to stop the horrendous practices of rogue cops. These brutal unacceptable incidents of police misconduct will never stop until the Blue Wall of Silence is broken and police officers who are not involved start blowing the whistle on those who tarnish the name of law enforcement and this nation as a whole. Silence is an act of complicity in the face of such wrong doings.

An important dimension to the 23-year prophetic mission of Prophet Muhammad ibn Abdullah (peace be upon him) was his universal declaration that Black Lives Matter. In a society that was steeped in tribal and racial prejudice, Prophet Muhammad (pbuh) emphatically asserted that any Muslim who reviled or attempted to humiliate someone because of their lineage is not a believer. Bilal ibn Rabah, a former enslaved Black African from Abyssinia (modern-day Ethiopia) became one of the most distinguished and beloved companions of Prophet Muhammad (pbuh) having the illustrious positions of being the first muathaan (caller to prayer) and treasurer of the Islamic state. One day he was the object of a racist insult when one of the other companions of Prophet Muhammad (pbuh), Abu Dharr, referred to Bilal as a “son of a Black woman.”  This expression was not a term of endearment, but intended as an insult. Upon hearing what Abu Dharr had said, Prophet Muhammad (pbuh) sent for him and angrily chastised Abu Dharr reminding him that his comment was not acceptable since there is no superiority in Islam except in fear of Allah and piety. Abu Dharr was so remorseful that he went to Bilal and put his face in the dust and told Bilal to put his foot on his (Abu Dharr’s) face. In the famous speech of Prophet Muhammad during the only Hajj he (pbuh) performed as a Muslim, Prophet Muhammad declared that there is no superiority of an Arab over a non-Arab, non-Arab over an Arab, White over Black, and Black over White. A Muslim is only distinguished over another in terms of his/her piety. Prophet Muhammad (pbuh) was unequivocally not a racist, but more importantly, he was assertively anti-racist. He (pbuh) neither tolerated nor indulged racist speech or practices. The Sunnah (Prophetic tradition) and Qur’an are replete with the equivalent mantra of Black Lives Matter. On the Day of Judgment, Muslims will be asked about how we responded to the challenges of our times. One of the greatest social challenges of our times is the continued denial of the humanity of Black people in this country. What will be our response? #BlackLivesMatter.