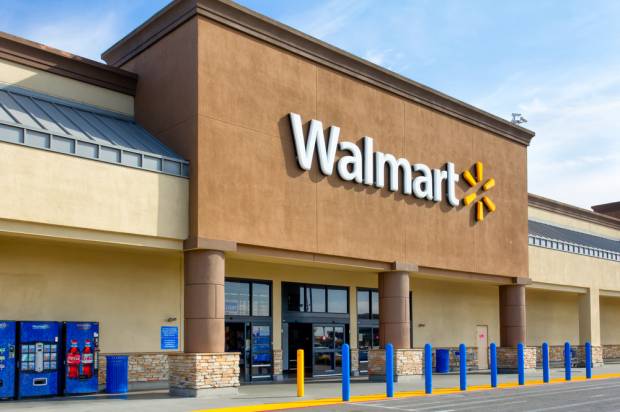 From mistreating pregnant workers to illegally disciplining workers fighting for change, Walmart has stooped to dismal lows in 2014. In its hunt for endless profit, the world’s largest private employer continues to do everything in its power to squeeze workers and silence those who speak out. Fortunately, a growing number of workers are standing up through OUR Walmart, a community of former and current workers pushing for better labor conditions. Worker power is scaring Walmart into taking some of the most ruthless and chilling actions we’ve witnessed to date. Here are the top 10 of 2014.

In the beginning of the year, leaked documents exposed Walmart’s propaganda campaign against those organizing for better working conditions through the group OUR Walmart. The leaked presentations revealed how corporate Walmart coerces its managers into thinking that unions are out to hurt workers. In one of the presentation’s slides, Walmart wrote sample opinions managers could share with workers, such as “I think unions are a waste of money. You can speak for yourself,” and “In my opinion, unions just want to hurt Walmart and make it harder to run our business. ”

Legal organizations recently filed a second complaint with the Equal Employment Opportunity Commission on behalf of a pregnant worker who was forced to work in unhealthy conditions. Candis Riggins claimed that while cleaning bathrooms in her Walmart store, she was exposed to chemicals that made her ill. After her doctor recommended she be put on lighter duty, Walmart eventually made her a door greeter, though they refused to let her use a stool as they allow other workers. The claim states: “Walmart has engaged in a pattern or practice of gender discrimination against female sales associates.” The organizations filed their first claim earlier this year, but are refiling because Walmart failed to make adequate changes.

Pennsylvania’s Supreme Court recently ruled that Walmart owes workers more than $150 million in stolen wages. Nearly 200,000 workers in the state were forced to work through unpaid breaks and off the clock with no pay. This isn’t the first time this year Walmart was forced to pay millions to workers. In May, Walmart agreed to a $21 million settlement for a decade’s worth of wage theft at a warehouse in California. Employees at the warehouse often worked for less than minimum wage, without required breaks, benefits or overtime compensation. While Walmart tried to claim it had no knowledge of these conditions, a judge ruled that the presence of up to two dozen Walmart managers at the warehouses made them both aware and liable for the conditions at the warehouse.

Earlier in the year, the National Labor Relations Board charged Walmart with illegally firing 19 workers for participating in strikes calling for better conditions. One of the fired workers toldSalon, “The federal government is confirming what we already know.… We have the right to speak out, and Walmart fired me and my coworkers illegally.” Terminating workers for participating in labor actions is perhaps Walmart’s most chilling move yet. The NLRB complaint is still undergoing review.

In a separate case, the National Labor Relations Board recently ruled that Walmart illegally disciplined workers in Richmond, CA who were organizing for change, and ordered the corporation to rescind its disciplinary actions. Six workers had participated in a work stoppage action after their manager made a racially charged comment to one worker, telling him he wished he could tie a rope around his neck. After the workers returned to work, the same manager said he “wanted to shoot everyone in the union.” The NLRB wrote in its decision that Walmart should “cease and desist from  issuing disciplinary coachings to associates because they engaged in a protected work stoppage, and to discourage associates from engaging in those or other protected activities.”

Walmart workers were outraged in August when they learned they would be forced to buy new work uniforms to adhere to the corporation’s updated dress code policy. The low-wage workers spoke out, explaining that they couldn’t afford to purchase the new clothes. The corporation’s HR executive cheerfully suggested employees buy the new uniforms at, you guessed it, Walmart. Making Change at Walmart found that Walmart could make $51-$78 million in sales from the dress code change by calculating the price of three outfit sets multiplied by its one million workers. They added that the Walton family, Walmart’s heirs, could buy one million employees three uniform sets with just six days of their Walmart dividends.

Walmart announced in October that it would eliminate healthcare for its 30,000 part-time workers, defined as those working fewer than 30 hours per week on average. Walmart, which made $16 billion in profit in 2013, said its healthcare costs were getting too high. Somerejoiced, claiming workers could get better, more affordable insurance with Obamacare. But part-time workers in conservative states where GOP governors won’t expand Medicaid may not qualify for Obamacare. Others pointed out that even the health insurance Walmart offers its full-time employees is inadequate for such low-paid workers.

An Americans for Tax Fairness’ report released this year found that the Waltons, Walmart’s heirs, received nearly $8 billion in tax breaks in 2013. That’s right—while millions of working- and middle-class Americans pay taxes each year, the richest family in the world avoided them. $6.2 billion of Walmart’s $8 billion in tax breaks were federal taxpayer subsidies because its employees wages are so low. Employees are forced to rely on government healthcare, food stamps and other taxpayer-funded programs. In a more recent report, Americans for Tax Fairness found that Walmart has $21.4 billion in untaxed profits offshore and is lobbying Congress to further decrease corporate tax rates.

A May report in the New York Timesrevealed that Walmart made what it called “adjustments” to the company’s sales in order to give its CEO his bonus. William Simon was only supposed to receive a bonus if sales grew by two percent. But they didn’t. He walked away with a $1.5 million bonus anyway. As ThinkProgress pointed out, this means a CEO can get an 11 percent bonus for a poor performance while the highest bonus a Walmart employee could receive is 8 percent. One Walmart worker in California said the highest bonus you could receive in her store was 60 cents a year. The average Walmart worker makes around $25,000 a year.

10. Walmart gives lots to lobbying and little to charity.

Despite all its evil-doing, Walmart continues to try to fool the public by touting some of its own feel-good campaigns. This year, Walmart has been called out for launching a hypocritical “Fight Hunger, Spark Changes” campaign, while remaining silent on the fact that its workers use $300 million in taxpayer money for food stamps. The corporation also took heat this year after workers exposed that the vests purchased for employees for the new dress code were made in Jordan, highlighting the pretense of its “Buy America” campaign. Further highlighting Walmart’s failed attempts to do little good with its huge profits, Mother Jonesuncovered that, when it comes to giving to charity, the average American family is 230 times more generous than a Walton heir. However, they did spend big bucks lobbying for corporate tax breaks, donating to groups that don’t support sustainable energy, lobbyingagainst a federal minimum wage hike, and funding the spread of charter schools.