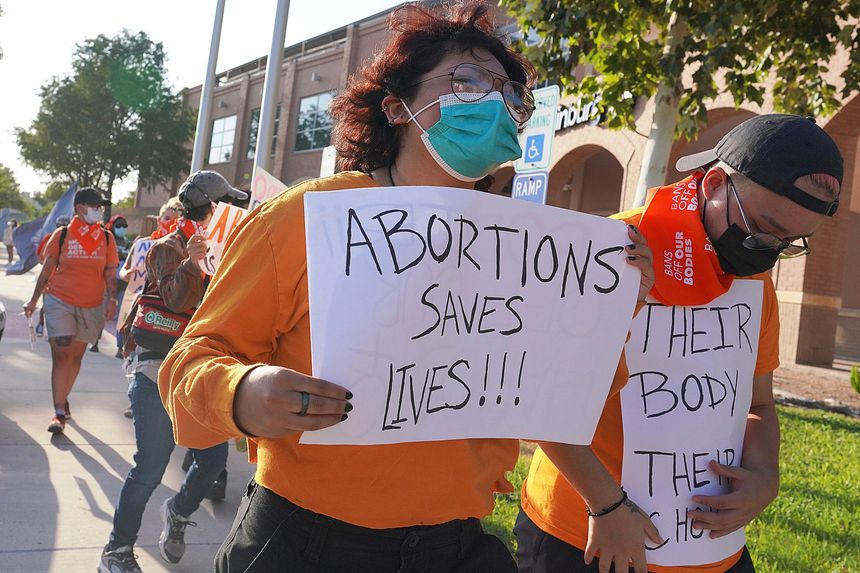 In Texas, an abortion ban that limits abortions after the 6-week mark of pregnancy has caused an uproar and outrage. The Supreme Court on Wednesday night ruled 5-4 to keep in place the law in Texas that would ban most abortions in the state.

At six weeks, most women are not even aware that they are pregnant. The Texas law has concluded the 6 week gestation as the time when a heartbeat develops in the fetus. Those who get an abortion, those who assist in a woman receiving an abortion (a driver, doctor, etc.) are all able to be sued by the private citizen with this law.

A report by the Guttmacher Institute analyzes why women have abortions. This study was conducted by gathering survey results of around 1,200 abortion patients at 11 large providers.  There were a variety of reasons cited for a women having an abortion. 74% of women said that having a child would interfere with her education, work, or ability to care for dependents; 73% said that they could not afford a baby; 48% said they did not want to be a single mother or were having relationship problems. One third of women said that they were not ready to have a child.

When looking at abortion in regards to public policy, policymakers need to understand why women have abortions. Although many policymakers who advocate a ban on abortions because of the “sanctity of life,” these same policymakers are against social welfare for children and families who are poor. Before Roe v. Wade, 9% of women chose adoption for their unwanted babies. Today, the adoption rate is less than 1%.

Although limited, studies have found that some women find adoption to be more emotionally painful than abortion, meaning that abortion is preferred to women who are carrying unwanted pregnancies.

Many babies forcibly carried by women under the Texas law could end up in foster care, overwhelming an already grossly incompetent and negligent system. Others could end up in families that would be dragged down to poverty through an unexpected cost of raising a child. Those who argue for abortion bans do not historically support funding for welfare programs – Trump cut many welfare funds, from assistance to families in poverty to family and youth program grants.

Back in March of 2019 this year, the governor of Texas, Abbott, said, “Our creator endowed us with the right to life and yet millions of children lose their right to life every year because of abortion.” He and his partisans have yet to signify the right to quality of life.