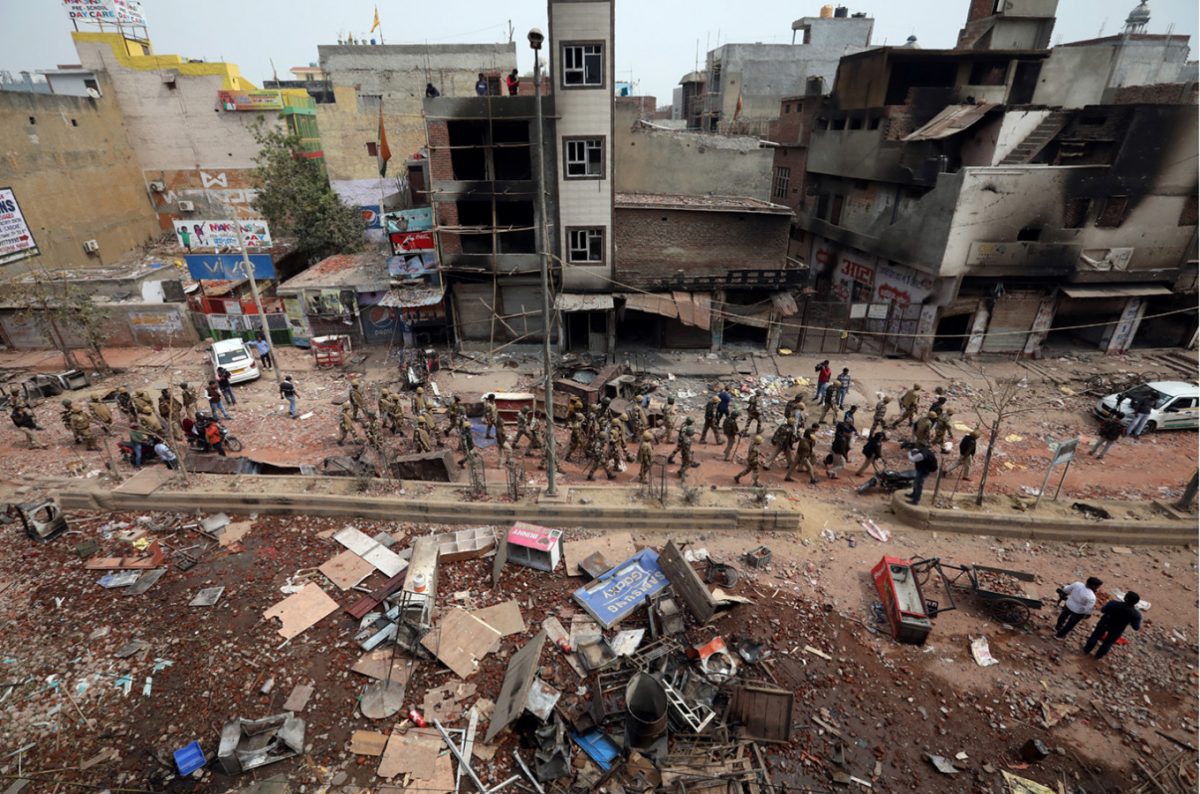 Muslims and other minorities in India are under attack by right-wing Hindu nationalists and BJP (Bharatiya Janata Party). These revanchist anti-Muslims fill the ranks of government, police, and the military. As peaceful protests to restrictive citizenship laws (CAA and SC decisions) have been taking place across the country, counter-protestors have begun openly perpetrating hate-crimes and violence in the streets of Delhi. As PM Modi welcomed Donald Trump to lavish state dinners and stadiums full of supporters, Indian police and military have been standing down to anti-Muslim protests across the city. In some cases, they are even supporting the violent Hindu nationalists, and over 30 individuals have been killed so far. Over 250 Muslim casualties and thousands of Muslim-owned businesses and homes destroyed, looted or set afire, the facts speak for themselves.

Furthermore, safe passage to the attackers has been given by police, and the situation has begun to resemble the 2002 anti-Muslim massacre in Gujurat, during which time Modi was Chief Minister of the state.  Although the US denied entry to Modi for 10 years after those events, Donald Trump has now openly welcomed Modi to the U.S., where he attended a mega-rally in Texas. And in the same way that Trump denies reality and objective facts, Modi and his administrators have denied supporting the violent Hindu-supremacist protestors. At a recent rally during his State visit, Trump said that he supported India in its fight against “radical Islamic terrorism.” And the violence is going on.

But you can help. We urge like-minded defenders of democratic pluralism to defend the rights of all minorities in India. Call your Congressman and Congresswomen, Senators, local and Presidential campaigns, and the State Department to ask them for action on this issue. By applying pressure to the Indian Government, you can help stop the violence against Muslims, their supporters, and many other Indian minorities.

Be calm and composed and follow the prompts below. Every single call matters: