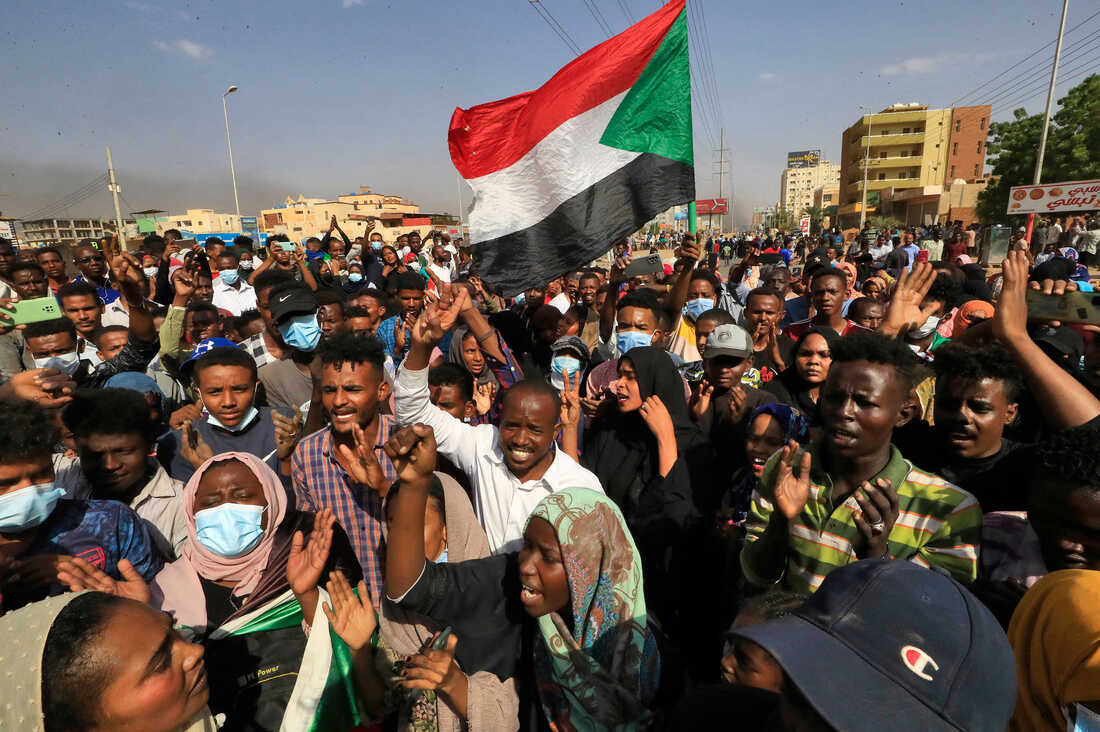 In Khartoum, a coup has disrupted the relative stability that Sudan had achieved since the bringing down of President Omar al-Bashir’s government in 2019. Coup leader General Abdel Fattah al-Burhan seized power in Sudan, dissolving the civilian cabinet, arresting the Prime Minister Abdalla Hamdok, in addition to other civilians that the military had agreed to share power with. Abdalla Hamdok was placed under house arrest at the general’s house earlier this week, but was released to his home on Tuesday this week.

This military coup has been condemned by Sudanese diplomats around the world, who watch as Sudan is again plummeting into a precarious future. Protests have erupted across Sudan to protest the coup, with roads being blocked in the capital, Khartoum. Nine people are reported to have been killed, and over 150 wounded by the military and the paramilitary Rapid Support Forces. Sudanese Diplomat to Belgium and the EU, Abdelrahim Ahmed Khalil, told Middle East Eye, “If the situation doesn’t improve, I’ll quit. I’ll quit and go back to my country and live like normal people…we are not going to serve another military dictatorship in Sudan.”

Promptly after the coup, Fattah al-Burhan addressed the country in a statement, declaring a state of emergency, and emphasizing that the seizure of power was to fulfill the people’s demands, and revive the 2019 protests that led to the deposition of Omar al-Bashir.

Fattah al-Burhan has expressed an inclination to normalize relations with Israel, something that the deposed prime minister was less inclined towards. In October of 2020, Sudan had agreed to a US-brokered deal that would normalize relations with Israel; this stands to still be approved by Sudan’s parliament. This attempt to normalize ties with Israel stands starkly against what  the people of Sudan want. The people took to the streets to protest the normalization attempts.

The repercussions of this military coup affect the Sudanese people most precariously. Because of the coup, the United States announced that it would be pausing $700 million in emergency assistance funds for Sudan, condemning the coup. The funds were meant to assist Sudan in its democratic transition. US officials have stated that the humanitarian aid will not be stunted. The humanitarian aid that the US supplies to Sudan is around $377 million. The pausing of these funds will negatively affect Sudan’s economy, but officials say that if the US were to impose sanctions, the impact would be much worse.

As the situation further develops, it is unclear what Sudan’s future looks like. The recent coup mirrors the deposed president Omar al-Bashir’s rise to power in the late 1980s. To support the Sudanese people, be sure to amplify their narratives and raise awareness of what is going on in Sudan.