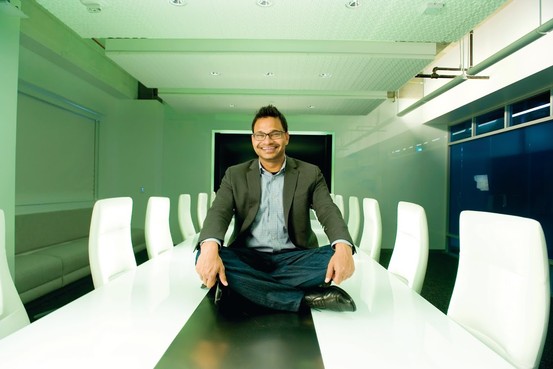 A new non-partisan study on entrepreneurship gives some credence to the tech industry’s stance that American innovation benefits from robust immigration.

The study from the National Foundation for American Policy, a non-partisan think tank based in Arlington, Va., shows that immigrants started more than half of the current crop of U.S.-based startups valued at $1 billion or more.

These 44 companies, the study says, are collectively valued at $168 billion and create an average of roughly 760 jobs per company in the U.S. The study also estimates that immigrants make up over 70% of key management or product development positions at these companies.

The foundation examined 87 U.S. companies valued at $1 billion or more as of Jan. 1, as tracked by the Journal’s Billion Dollar Startup Club. The authors of the study used public data and information from the companies to create biographies of the founders.

Stuart Anderson, the study’s author and the foundation’s executive director, says the findings show that the U.S. economy could benefit from the talents of foreign-born entrepreneurs even more so if it were easier for them to obtain visas.

Tech leaders including Mark Zuckerberg and Bill Gates have called for increasing the number of H-1B visas that let skilled foreign workers stay in the country. They argue that immigration greatly benefits the tech community, and that it is difficult for companies to hire foreign-born workers and for immigrant entrepreneurs to start businesses due to the visas’ constraints.

Critics argue that tech executives are simply looking for cheaper labor, and some politicians, as well as Republican presidential hopeful Donald Trump, aim to curb the work visa program. A bill introduced by Republican presidential candidate and Sen. Ted Cruz (R., Texas) and Sen. Jeff Sessions (R., Ala.) in December that the lawmakers say aims to reform the H-1B visa program would require petitioners to hold an advanced university degree, have worked at least 10 years overseas and not get paid materially less than U.S. workers.

Either way, the process to secure a visa is lengthy and cumbersome. The visas are capped at 85,000 per year — 65,000 are set aside for foreign workers applying for the first time and 20,000 are for foreign students graduating from American universities. In 2015, the lottery to obtain a visa hit capacity within one week, according to the U.S. Citizenship and Immigration Services. The USCIS said it received nearly 233,000 H-1B petitions during the filing period.

Mr. Anderson said the law makes it difficult for entrepreneurs to qualify because it is meant for employers to petition on behalf of their employees. And the decision to start a company while waiting for a H1-B visa to come through is risky. Mr. Anderson said in most instances, immigrant entrepreneurs are only able to get their businesses off the ground after first gaining permanent residence, then obtaining a green card.

“How would you ever raise money for it?” Mr. Anderson said. “Who is going to invest in a company if the founder of the company may not be able to stay in the U.S.?”

Jyoti Bansal said he had to wait seven years for his employment-based green card before he could start AppDynamics Inc., a software company that helps companies monitor the performance of their networked applications and that has been valued at $1.9 billion. According to the study, Mr. Bansal couldn’t leave his job to start a new company because it was unclear if he’d be able to keep his H-1B status.

While bills to address these issues have been introduced – most recently in the form of the EB-JOBS Act of 2015 which was introduced in July – they have failed to gain traction due to the overall standstill on immigration policy. The EB-JOBS Act of 2015 would provide entrepreneurs with a two-year green card that would be revoked if certain financial and job-creation requirements aren’t met.

The Ewing Marion Kauffman Foundation, which funded the study, estimated the EB-JOBS Act provision would create 1 million to 3.2 million jobs over 10 years.

According to the study, founders of billion-dollar startups most often hail from India (14), followed by Canada and the U.K., with eight each, then Israel (7) and Germany (4). Two originated from France and the Collison brothers, the co-founders of payments startup Stripe, make up the pair from Ireland.