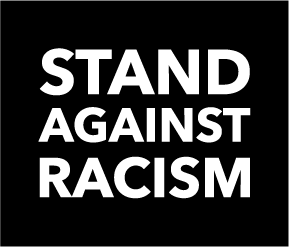 In the span of 10 days and 50 miles apart, two African American men were found hanging from trees in Southern California. Malcolm Harsch’s body was found hanging from a tree near a homeless encampment around 7:00 am on May 31 near Victorville, California. He was 38-years old. Ten days later, twenty-four-year-old Robert Fuller was found during the early morning hours hanging from a tree in Poncittan Square near Palmdale City Hall. The families of the two men are insisting that independent investigations and autopsies be conducted to determine the actual causes of death and to not accept the preliminary pronouncements of suicide. Attention focused on structural/systemic racism, specifically considering recent police extra-judicial killings by police of George Floyd in Minneapolis and Rayshard Brooks in Atlanta, necessitate the thorough investigation of questionable causes of deaths of African American men.

Over 4,743 known cases of lynching have been documented in the United States between 1882 and 1968. Black people constitute 73 percent of the victims. Whites who were lynched by racist mobs were accused of providing unwarranted assistance and showing unjustified compassion to people of African descent. Despite the inordinate number of hate-driven lynchings of African Americans, this nation has never enacted a federal anti-lynching law. Illinois Congressman Bobby Rush recently introduced a House anti-lynching bill that would designate lynching as a hate crime. It passed the Congress by a 410-4 vote. The Senate, over the vocal objections of Kentucky Senator Rand Paul, must vote in favor of the bill and signed by Trump before becoming law. Please contact your Senators and demand that they vote for the Emmitt Till Anti-Lynching Act.

*Renowned jazz and blues singer Billie Holiday recorded a song in 1939 that emotionally decried the lynching of Black people in the South by racist White Americans. The words referring to “Strange Fruit” hanging from Southern trees were immortalized in Holiday’s soul-stirring rendition of the ballad. Sadly, the lynching of Black people whether by ropes, police shootings, or judicial misconduct is a recurring occurrence in American society today.