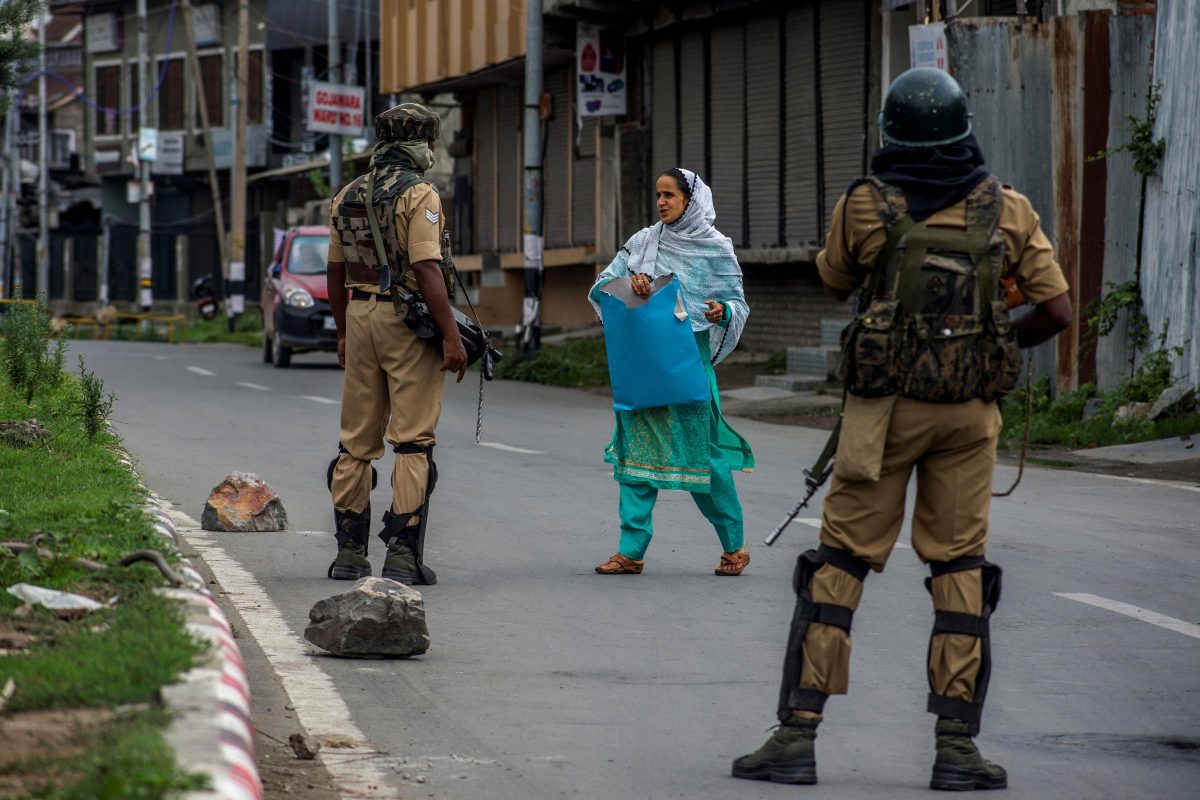 Once again, the United States Department of State, 2020 Country Reports on Human Rights Practices, issued on March 30, 2021 has reproached India on her human rights record. The country report contains graphic documentation of human rights violations being committed by the Indian military and paramilitary forces in Jammu & Kashmir. This is a significant step towards greater international recognition of the serious abuses committed against Kashmiris at the hands of Indian army. This report may take the veil of secrecy off of India’s crimes against humanity.

The country report cites various examples where the authorities intimidate and threaten the media. The report says, “Journalists working in Jammu and Kashmir continued to face barriers to free reporting through communications and movement restrictions. Criminal prosecutions were often used to gag journalists critical of the authorities, including the use of a section of the penal code that includes sedition punishable by life imprisonment. In February the Kashmir Press Club stated security agencies had routinely deployed intimidation tactics such as threats, summonses, and physical attacks on journalists in Jammu and Kashmir.”

The country report in particular describes an incident when “On April 18, police in Kashmir booked photojournalist Masrat Zahra under the UAPA for indulging in “anti-national activities” on social media. In a statement police accused Zahra of “uploading antinational posts with criminal intention, uploading posts that glorify antinational activities and dent the image of law  enforcing agencies besides causing disaffection against the country.” Zahra maintained she was sharing archival images that had already been published in different local and international social media platforms. The investigation continued at year’s end.”

“On April 10, authorities arrested pregnant student leader Safoora Zargar under the UAPA for allegedly conspiring to incite the Delhi riots. The Delhi High Court released her on June 23 after the central government did not object to her release.”

The country report details many instances where the use of draconian laws has given sense of total impunity to the Indian army in Kashmir. It states “Under the Armed Forces Special Powers Act (AFSPA), the central government may designate a state or union territory as a “disturbed area,” authorizing security forces in the state to use deadly force to “maintain law and order” and to arrest any person “against whom reasonable suspicion exists” without informing the detainee of the grounds for arrest. The law also provides security forces immunity from civilian prosecution for acts committed in regions under the AFSPA.”

“The Public Safety Act (PSA), which applies only in Jammu and Kashmir, permits authorities to detain persons without charge or judicial review for up to two years without visitation from family members.” The country report underscored that “There were allegations of enforced disappearance by the Jammu and Kashmir police. Although authorities denied these charges and claimed no enforced disappearances had occurred since 2015, the International Federation for Human Rights reported that cases of enforced disappearances continued through 2019.” “In February the UN Working Group on Enforced or Involuntary Disappearances identified seven cases under its standard procedures concerning individuals who were arrested, detained, or otherwise deprived of rights. The Working Group had not received permission to visit the country since it first submitted a request to the government in 2010.”

The country report cites specific incidents where the Indian Government violated the very principles of human decency and democratic freedom against the people of Kashmir. The report states that, “In responding to demonstrations that started in July 2016, Indian security forces used excessive force that led to unlawful killings and a very high number of injuries. … One of the most dangerous weapons used against protesters during the unrest in 2016 was the pellet-firing shotgun.”

The country report was very concerned about arbitrary arrests and detention. It says, “Following the central government’s August 2019 abrogation of a special constitutional provision that provided autonomous status for Jammu and Kashmir, authorities used a public safety law to detain local politicians without trial. Most detainees were released during the year. Media reports indicated those released were required to sign bonds agreeing not to engage in political activity.”

The country report talks about the denial of fair public trial. It says, “In April, Mohammed Yasin Malik, leader of the pro-independence Jammu and Kashmir Liberation Front (JKLF), was arrested and charged with murder in the death of four Air Force officials in 1990. Malik was denied the right to be physically present in court. Human rights groups in Kashmir, including the JKCCS, expressed concern regarding whether Malik was receiving a fair trial.”

Political prisoners are facing many hardships. Their relatives do not have free access to meet with them even on special occasions. The report says, “NGOs reported the central government held political prisoners and temporarily detained individuals in Jammu and Kashmir under the PSA. On September 15, the Ministry of Home Affairs informed parliament that 223 political leaders from Jammu and
Kashmir, who had been detained after August 2019, remained in detention but added “no person is under house arrest.”

The country report quoted international experts and NGOs who have not been able to visit Jammu & Kashmir. The report says, “Various domestic and international human rights organizations continued to express serious concern at the use of pellet guns by security forces for crowd-control purposes in Jammu and Kashmir. In March the Jammu and Kashmir High Court dismissed the public interest litigation petition seeking a ban on the use of pellet guns on protesters, asserting that police have the right to administer force in self-defense when facing violent protests.”

The country report cites many examples of torture which has been used against civilians in Jammu &
Kashmir. The report says, “A May 2019 report by the JKCCS and the Association of Parents of
Disappeared Persons alleged that police, military, and paramilitary forces in Jammu and Kashmir used
torture against civilians and opposition over the past four decades. The report documented 432
testimonies from individuals who claimed to have been tortured. There were continued allegations of
physical abuse and torture following the government’s enhanced security measures in Jammu and
Kashmir after the August 2019 move to abrogate Article 370 of the constitution.”

As we all know that Internet ban has been a serious problem. The report says, “The center reported the longest shutdown occurred between August 4, 2019, and March 4 in Jammu and Kashmir.

The right to freedom of expression and peaceful assembly are basic human rights. The report says, “Jammu and Kashmir was an exception, where the state government sometimes denied permits to separatist political parties for public gatherings, and security forces reportedly occasionally detained and assaulted members of political groups engaged in peaceful protest (see section 1.g.). During periods of civil unrest in Jammu and Kashmir, authorities used the law to ban public assemblies and impose curfews.”

International NGO’s including the United Nations Special Rapporteurs have been denied entry into Kashmir. The report says, “The government continued to decline access by the United Nations to Jammu and Kashmir and limit access to the northeastern states and Maoist-controlled areas. In an August statement, UN human rights experts called on the government “to take urgent action to address the alarming human rights situation in the territory.” The UN special rapporteurs noted that since August 2019, “the human rights situation in Jammu and Kashmir has been in free fall,” and they were“particularly concerned that during the COVID-19 pandemic, many protesters are still in detention and Internet restrictions remain in place.” The group appealed to the government “to schedule pending visits as a matter of urgency, particularly of the experts dealing with torture and disappearances.”

It is well documented that the bloody occupation has resulted in massive human rights violations, particularly targeting women and children. The sanctity of women has been violated, in a gruesome and unforgiving fashion.

It is our hope that the State Department Country Report will mobilize the policymakers and the members of Congress to do everything in their constitutional power to stop the killings in Kashmir. It is further our hope that the Biden Administration will look to solving the root cause of the problem – the unfulfilled promise of self-determination as guaranteed by successive United Nations Security Council resolutions.

We believe that history is not predestined, and it is up to us to make peace its destiny in Kashmir through all of our energies, goodwill, wisdom, and compassion for the tragic afflictions of that once glorious land.