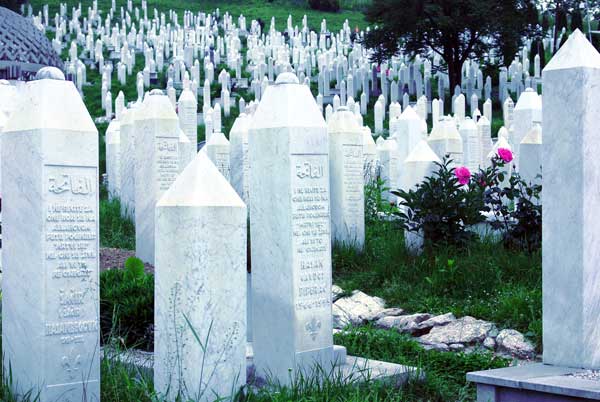 Original Article Written by Layla Khan for The Message International

Srebrenica. The site of one of the worst atrocities to occur on European soil since World War II. This July will mark the 27th anniversary of the genocide. The Bosnian town is situated in the easternmost part of the country, sharing a border with Serbia. Before the war, Bosniak Muslims and ethnic Serbians lived side by side in Bosnia. They lived in what we falsely believed to be unity and mutual respect. In reality, suppressed ethnic tensions in Bosnia manifested into a bloody four-year war. During the years leading up to the war, Bosnia was still part of a nation known as the Socialist Republic of Yugoslavia. In Yugoslavia, ethnocentrism was highly discouraged as we were all part of a collective Yugoslav nationalist identity. Which sounds like a good thing, except that what was constituted by Yugoslavia as “nationalism” was biased against Bosniaks.

As Bosniaks, we could not talk about the history of our region. My mother remembers her time at school in Yugoslavia. They were taught about Serbian and Croatian historical figures and stories, and left out the stories about Bosniak Muslim figures, and Bosniak figures predating Islam. Talking about pre-Ottoman Bosnia and Bosniaks was considered ethnocentric. Academics such as Alija Izetbegovic were jailed for speaking about the history of Bosnia. The Yugoslav mainstream erased parts of our history to perpetuate the notion that the Bosniak ethnicity doesn’t exist, that we were just Serbian or Croatian people who converted to Islam when the Ottomans took over region. Ethnic Serbs resented Bosniaks for following Islam and “abandoning” the religion of our ancestors. Serbian school children would call their Muslim classmates “Turks” in a denigrating way.

Resentments and Hatreds Manifested Through Genocide

I remember my aunt taking me to her village one summer. We passed by a bus stop that she used to take every day to go to school. She told me how she remembered the day she got on the bus and all her Serbian classmates started looking at her differently, treating her differently. Like she was no longer their classmate, she was now their enemy. That was the day she knew that war was going to happen, and that it would change their lives forever. Despite Yugoslavia masking the resentment Serbian extremists had for Bosniak Muslims, these resentments and hatred ultimately manifested themselves through genocide.

Throughout the duration of the Bosnian war, there was a struggle to take over control of the town of Srebrenica which was home to both ethnic Serbs and Bosniak Muslims. The town was under the control of the Bosnian-Serb army for several weeks during the start of the war. During those weeks, Serbian forces expelled and killed Bosniak civilians in an attempt to ethnically cleanse the town of Bosnian Muslims. In May 1992, the town was recaptured by Bosnian Muslim forces. After Srebrenica was declared a “Safe Area” in April 1992 by the UN, there was an agreement reached to demilitarize the town. Under this agreement, Bosniaks had to surrender their weapons and ammunition. Despite the fact that Srebrenica was now declared a demilitarized zone, Serbian forces were still attacking Bosniaks. In 1993, the UN condemned Serbian forces for starting a “slow motion process of genocide.” However, the UN did little to stop Serbian forces from advancing on Srebrenica besides condemning their actions and calling for a cessation of the hostile advance. By early 1995, Serbian forces had taken control over most of the territory surrounding Srebrenica and the situation in the city was disastrous. Humanitarian aid was being withheld from the town, leaving its citizens to die from starvation. Serb forces continued their advances on the town, and in July, Srebrenica fell into the hands of the Bosnian-Serb Army.

The process of genocide began. Men and women were separated. The women and children were gathered and put on buses headed toward refugee camps in the northern town of Tuzla. The men and boys were taken to schools, community buildings, and fields where they were gathered in groups to be systematically killed by the Bosnian-Serb forces. Over the course of several days, 8,372 Bosnian men and boys were slaughtered. Many of them tried to flee Srebrenica through the forest to reunite with their families in Tuzla. Most were captured by Serbian soldiers and tortured and killed. Many of them died of wounds, exhaustion, and starvation. Nedzad Avdic was only 17 years old when he and his male family members were taken to a killing field. He was shot three times by Serbian soldiers and left for dead in a pile of corpses, men and boys who had been shot and killed. With the help of another wounded survivor, he managed to escape to Bosnian-Muslim controlled territory. They are some of the few male survivors from Srebrenica.

The family of Hatidza Mehmedovic were not as fortunate. Hatidza lived in Srebrenica with her husband and two sons, Almir and Azmir. On July 11th, 1995, Hatidza would see her sons and husband for the last time. Her youngest son held on to her while begging her to go. He begged her to leave but couldn’t bring himself to let go of her. Her husband and sons took the forested route to Tuzla to try and avoid being captured by the Bosnian Serb soldiers. She boarded a bus with other women and young children and when she arrived, she waited for her sons and husband. After a few days, she realized they did not make it. Bosnian Serb soldiers pretending to be UN soldiers captured the men trying to escape Srebrenica on foot. A year after the war ended, Hatidza received a phone call informing her that remains of her husband and son Azmir were found, but they did not find her son Almir. It took her three years to find out what happened to the rest of her family. Only a few bones of her husband and sons were found. She also lost her brothers, her nephews, her cousins, and their children. Their entire bloodline was wiped out in a matter of days.

While the men were the main targets of this genocidal campaign, women and girls were not spared. Bosniak Muslim women were repeatedly assaulted by Serbian soldiers. They taunted them, assaulted them in front of family members, and left them alive only so that they would have to live with the trauma. Children were killed in front of their parents and grandparents. Women and children who weren’t able to flee on buses had to flee through the forest on foot. Pregnant women, women with infants in their arms that they couldn’t feed, and women with children so young that they could not understand they needed to be quiet in order for the Serbs to not be able to locate them — many of these people died on their way to safety, their bodies yet to be found. Hundreds of victims are still declared missing because of how the Bosnian-Serb soldiers strategically hid mass graves, and how they randomly distributed the bodies and even body parts. When some victims are found, only parts of their bodies are recovered, while the other parts are still missing in different mass graves.

Every year on July 11th, the bodies of victims found in mass graves are laid to rest in the Memorial Center Potocari. Last year, 19 victims were laid to rest. This year, there will be 18 more victims laid to rest. The funerals never end. Every year, someone receives a phone call that their husband, son, father, brother, uncle, or other male relative has been found. Every year, many mothers of Srebrenica pass away without ever having buried their sons and other loved ones. The pain and suffering are unimaginable. This is a war, one of many wars, that ravaged the Balkans in the 1990s. Bosniak Muslims were not the only victims of Serbian aggression, and Srebrenica is not the only town where genocide occurred. However, as the descendant of a Bosnian genocide survivor, I rarely hear about the Bosnian war being discussed in Muslim communities. I rarely hear about the suffering my people still endure in Bosnia and the political turmoil that makes another war and another genocide a real threat to the country.

I find it sad, and shameful. No one, besides Bosnians and a few supporters, have advocated against genocide denial, or for the international recognition of the genocide. Several UN officials such as Phillip Corwin and Lew MacKeznie still engage in genocide denial. Academics such as Noam Chomsky and Michael Parenti who are highly respected have continuously denied the horrific events that took place in Bosnia. In a 2006 interview, Noam Chomsky claimed that concentration and death camps were just “refugee camps” where people were free to leave any time they wanted too. My uncle was starved and tortured in one of these camps. He barely survived the beatings in the concentration camp that Chomsky describes as a camp for refugees. Michael Parenti, author of “To Kill a Nation: The Attack on Yugoslavia,” has written that the mass killings of Bosnian Muslims never took place.

When one part of the ummah hurts, we all hurt. But Bosnia has become a forgotten part of the ummah. Bosnia’s suffering, my family’s suffering, have been forgotten. I write this article not only to educate people on what happened in Srebrenica, but also to call on people to teach others and to advocate for Bosnia. Advocate for peace in Bosnia against aggressors who threaten another war. Most importantly, I ask you to pray for Bosnia. Pray for those who lost their lives, those who are still living with the pain and trauma of war, and for the future generations of Bosniak Muslims who carry the burden and sadness our parents carry. Pray that one day, Bosniaks will truly be able to find peace and healing.