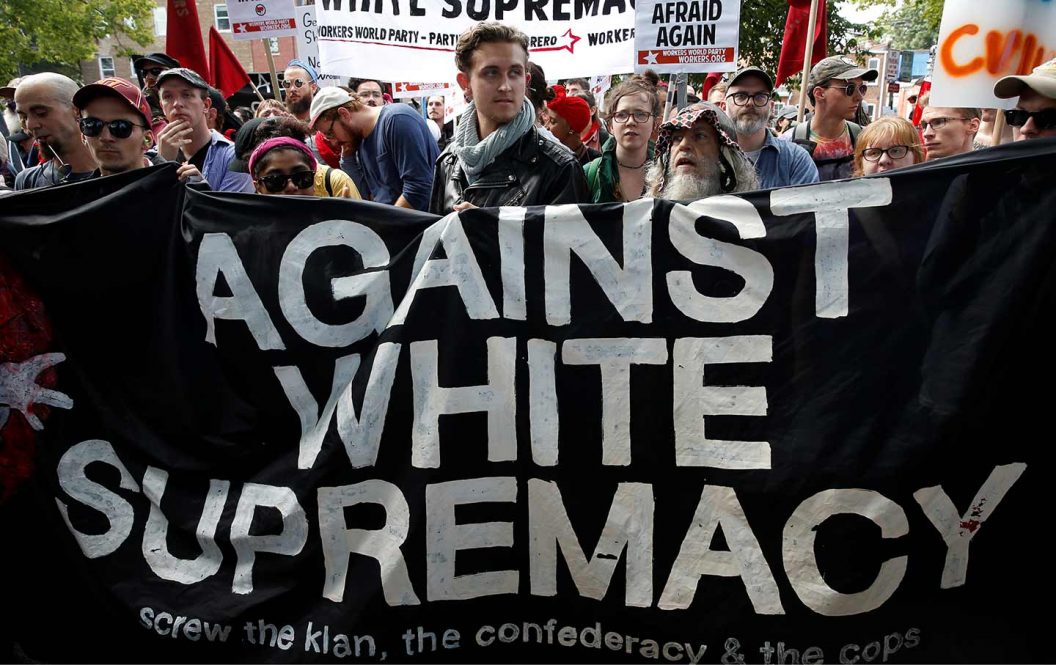 Let’s understand one undeniable truism from the outset, “White supremacy is not the exclusive purview of Republicans or Democrats, Conservatives or Liberals, Rich or Poor, Catholics or Protestants, Males or Females, Straight or Gay.” It is the continuing social residue of unacceptable attitudes and practices by self-deluded, insecure individuals whose esteem is only boosted by creating the false construct that by mere birthright alone, they are superior to the Mud People (the pejorative term used by White Supremacists in the United States to describe anyone who is not White, Anglo-Saxon Protestant, especially Blacks).

White supremacists from across the country converged on Charlottesville, Virginia recently for a “Unite the Right” march. Ostensibly, the gathering of armed racists of varying affiliations from Neo-Nazis and various Ku Klux Klan groups was organized to oppose a plan by local officials to remove a downtown statue of Confederate War General Robert E. Lee. When thousands of White Supremacists, armed with pipes, chains, knives, riot and police gear, faced off against thousands of unarmed multi-racial, students, religious leaders, and social activist counter protesters, one Neo- Nazi sympathizer, James Alex Fields, Junior, 20, from Maumee Ohio near Toledo, maliciously drove his Dodge Challenger into a crowd of unsuspecting counter protestors killing one and injuring 19. Observers remarked that police presence and intervention was relatively minimal despite law enforcement’s forewarning that events may become violent. The racist coalition immediately announced their plans to take their White Supremacy Tourism Revue to nine additional cities.

Yet, as despicable as the events of Charlottesville may appear, it is only one of the latest egregious acts of White Supremacists against those who confront their virulent, racist ideology and actions. On November 3, 1979, Klansmen and Neo-Nazis killed five leaders of the group Communist Workers Party as they participated in a Death to the Klan rally in Morningside Homes, a Public Housing complex in Greensboro, NC. The caravan of White Supremacists circled the housing complex twice before parking their cars, retrieving fire arms from their trunks, identifying their targets and executing them. Numerous innocent people were wounded including a woman who was nine months pregnant. The murderers were acquitted in state and federal courts even though their heinous acts were captured by local affiliates of national television networks. During the trials, evidence was presented and verified that an ATF (Alcohol, Tobacco, and Firearms) agent, incited the White Supremacists to commit murder and provided them with the weapons used in the killings.

White Supremacy has deep roots in the social and political fabric of the United States. From the inception of this nation until the present day, White Supremacy has thrived under the protective covering of Structural Racism as manifested in racist local, state, and federal laws, prejudicial court decisions, discriminatory business practices, including redlining and protective covenants in housing, and job discrimination. The false equivalency that those who attempt to peacefully challenge and confront White Supremacists’ ideology and gatherings are equally guilty of espousing hateful views is preposterous. Social Justice work is not a spectator sport. It demands that proponents of this work get off the sidelines as spectators and become active participants in the movement to remove White Supremacy from the underpinnings of this country.

The following may help facilitate Social Justice work in the United State: