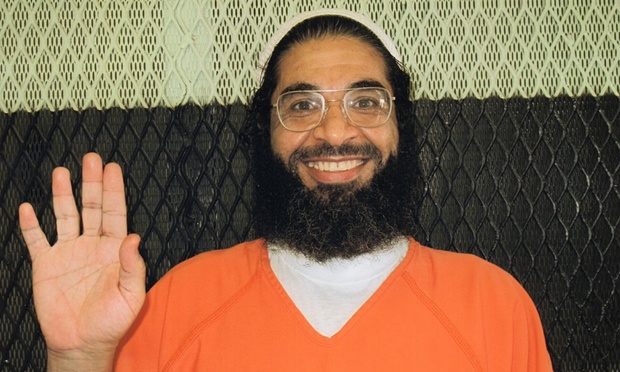 Shaker Aamer, the last British resident left in US captivity in Guantánamo Bay, is to be released after 13 years during which he was accused of being a terrorist but never charged.

Aamer will be free after Barack Obama’s administration informed the US Congress that it intended to release him back to the UK, where Aamer has a wife and four children.

His release will follow years of wrangling between Britain and the US, and among the key players in Washington’s efforts to counter terrorism. Aamer has repeatedly said he suffered ill-treatment, and has alleged British complicity.

Aamer was born a Saudi national and married a British woman. The US military has claimed he had significant ties to its biggest Islamist enemies, including the late al-Qaida leader Osama bin Laden.

Aamer has been in Guantánamo since 13 February 2002, having been seized, the US alleges, from Tora Bora in Afghanistan while fighting in 2001.

The fate of the detainee and his south London family has been influenced by the continuing shockwaves of the war on terror that followed the 2001 attacks on the US. On Friday Aamer’s daughter Johina, 17, said: “The news hasn’t hit yet. We can’t believe we might finally see our dad after 14 years.”

Obama is believed to have informed David Cameron of the decision during a phone call on Thursday.

According to senior US defence sources, Aamer’s release was approved following a “thorough review of his case and taking into consideration the robust security assurances that will be provided by the British government”.

The British government said Aamer would be released after a notice period that usually lasts 30 days, and would then be reunited with his family.

A spokesperson said: “The government has regularly raised Mr Aamer’s case with the US authorities and we support President Obama’s commitment to closing the detention facility at Guantánamo Bay.”

Aamer, 48, has indefinite leave to remain in the UK. He was applying for British citizenship when he took his family to Kabul and was seized by troops allegedly fighting alongside US forces in 2001.

Aamer’s lawyer, Clive Stafford Smith, of the campaign group Reprieve, said he should be released immediately: “British politicians may bombasticate about our ‘robust and effective systems to deal with suspected terrorists’ but Shaker is not and never has been a terrorist, and has been cleared by the Americans themselves for eight years.

“I hope the authorities will understand that he has been tortured and abused for more than a decade, and what he wants most is to be left alone with his family to start rebuilding his life.”

The US claimed Aamer was a key player in al-Qaida’s UK network, with ties to Barbar Ahmed, convicted of terrorism in the US, Moazzam Begg, held in Guantánamo but never charged, and Abu Qatada, alleged spiritual leader of al-Qaida.

They claimed he was an associate of Bin Laden and a fighter in Tora Bora who armed himself with an AK-47 and hid in a cave. The allegations against Aamer were based on claims from an anonymous source.

US documents dated 2007 state: “Detainee held a senior level position among the UK-based al-Qaida cell … and is associated with al-Qaida cells inside the US.”

Aamer’s supporters describe this as nonsense, and after years of denial it has been established by US investigations that torture was used at Guantánamo and by the US in its war on terror that followed the 9/11 attacks.

Britain has had to assuage US fears and promise everything will be done to ensure no security threat is posed by Aamer’s release.

While his supporters will be angered by any sign that he is still being treated as a suspect, there were warnings that the biggest challenge for Aamer will be overcoming the psychological damage caused by his captivity.

Begg, who was released from Guantánamo in 2005 and is now part of the group Cage, which alleges that the west’s campaign against Islamist terrorism has abused human rights, said: “His greatest test will be in how he will once again be a father, husband and a member of society. What he endured is beyond comprehension for most people in the UK. There is no escaping the story of Shaker Aamer and those who instigated his mistreatment. This will be a black page in the history of the UK and US.”

The earliest possible date for Aamer’s release is 25 October. The US defence secretary, Ash Carter, set the process in train by signing a 30-day notification to Congress.

Congress has to be notified to allow discussion in private among members who are interested, but its approval is not required and it does not normally block such transfers.

This transfer is unusual in that the Pentagon has made the notification public beforehand, whereas normally it does so only after a detainee has been returned to his own country. The decision to go public reflects the Aamer case’s high profile in the UK.

The shadow chancellor, John McDonnell, said he hoped Aamer would be able to settle back into civil society but predicted the experience would be “quite traumatic”.

McDonnell, who chaired an all-party parliamentary campaign to free Aamer, told the BBC: “I was not sure we would ever see this day but I am absolutely overjoyed and I’m so pleased for the family and all the campaigners.”

Amnesty International’s UK director, Kate Allen, said the news was a “huge relief”. She said: “Mr Aamer has reportedly been at death’s door during a hunger strike and his return to his family in Britain won’t come a moment too soon.

“The immediate focus should now be on providing medical and other support for Mr Aamer on his return to the UK, but let’s not forget that his 13-year ordeal at Guantánamo has been an absolute travesty of justice.”

Aamer, labelled in Guantánamo as detainee number 239, became known among guards for his eloquence and leadership of other inmates. He was instrumental in leading one hunger strike and then ending it.

Aamer was a translator for US troops in Saudi Arabia in the first Gulf war, and later worked at a coffee shop outside Atlanta, Georgia. He has also worked as a solicitor’s translator.

More than 100 people remain in Guantánamo, which Obama wishes to close in the face of stiff opposition.