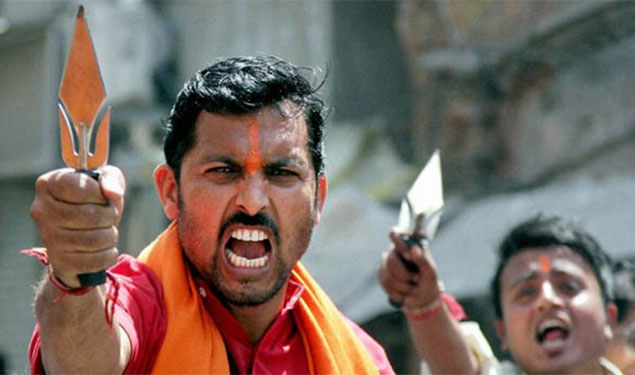 “We will have to repent in this generation not merely for the hateful words and actions of the bad people but the appalling silence of the good people.” – Martin Luther King

We the representatives of the American organizations representing millions of American Muslims of Indian origin, appeal to the Muslims living in the United States to get more active in support of the oppressed Muslims, Christians, Sikhs, Dalits, moderate Hindus and other communities in India.

India’s ruling party, BJP (Bharatiya Janta Party), espouses an ultranationalist and supremacist ideology known as Hindutva [1]. This virulent ideology (distinct from the religion of Hinduism) seeks to expand the existing hegemony of upper-caste Hindus, intensify the ongoing horrendous persecution of Muslims and other minorities and relegate them to the status of second-class citizens [2].

The RSS (Rashtriya Swayamsevak Sangh) movement which is the fountainhead of the Hindutva ideology, is the real power behind the ruling BJP. This movement has unleashed riots, massacres, and lynching on Indian minorities as recently as Gujarat (2002) and Muzaffarnagar (2013) [3], and is now emboldened to begin a full-scale genocide. Some of the front organizations of the RSS such as the VHP (Vishwa Hindu Parishad) and Bajrang Dal are considered religious militant organizations by the CIA [4].

The real and present danger faced by Muslims and other minorities in India can be gauged by the fact that the RSS actually idolizes Adolf Hitler, whose autobiography “Mein Kampf” is now available in popular bookstores in India [5]. They assassinated Mahatma Gandhi for not supporting Hindutva supremacism [6].

The magnitude of hate that RSS has brought to Indian society and its supremacist ideology and have turned India into a “Lynchistan.” Hundreds of Muslims were lynched after being accused of consuming or possessing beef or transporting cattle while Hindu slaughterhouses have made India the largest exporter of beef in the world [7]. Hundreds of Muslim youth are forced to spend decades in prison after being falsely accused of terrorism [8]. These Muslim youth, ultimately acquitted by the courts, have had their lives destroyed, while Hindutva bombers and lynchers have been set free in months, and in most cases have never faced the law at all [9].

The RSS and BJP have accelerated their persecution of Kashmiri Muslims bringing the region to the brink of nuclear war. It has been more than 17 days since the Indian government revoked articles 370 and 35A, and made all of Kashmir a giant prison by imposing 24 hour curfew, as more than nine million Kashmiris are confined to their homes with no access to the outside world. The Internet and land lines were cut off and media persons are prevented from reporting.

The Hindutva inspired government appears to be watching the world’s reaction in Kashmir before accelerating its plan for a massive ethnic cleansing of Muslims starting from Assam bordering Burma and Bangladesh. RSS has supported the genocide of the Rohingya in Burma [10] and is currently urging the extremists Buddhist monks in Sri Lanka to do the same to its Muslim minority [11].

The increasing level of persecution of Muslims, Dalits, Adivasis (indeginous tribes), Sikhs, and Christians in India is documented by Human Rights organizations such as Amnesty International [12], Human Rights Watch [13] and the United States Commission on International Religious Freedom [14]. Many major newspapers of the US and other Western countries have published extensive reports and countless editorials on this subject. Being unaware of these realities amounts to shirking our responsibilities as human beings and as Muslims.

RSS volunteers and supporters have gradually infiltrated the power centers of Western countries. It has taken over a vast number of Hindu temples, professional organizations and cultural spaces of the Hindu and Indian community in the US, Canada, Europe, Australia and South Africa [15]. It has also increased its influence in the Hindu communities in the Caribbean, East Africa, Middle East, South East Asia and the Pacific region [16].

Hindutva followers are the fastest growing Islamophobia group in the US [17]. Every year more than 50,000 hard core Hindutva followers join thousands of highly educated professionals as IT guest workers and students [18]. They act as the foot soldiers for established American Islamophobes [19].

They are working closely with other Islamophobes to demonize Islam and Muslims in American School text books [20]. Their aim to poison the minds of future generations of Americans against Islam poses a great threat to Muslim children. This well organized and much emboldened group tried to publicly humiliate and intimidate U.S. Rep. Tom Suozzi (D-NY) when he expressed concerns about human rights in Kashmir [21].

We urge the American Muslim leadership to educate their interfaith partners, media, political representatives and the masses about the impending genocide of Muslims in Assam and Kashmir and also Hidutva’s infiltration in the US.

We stand with the Hindu community in the US who are resisting the Hindutva onslaught on religious and traditional Hindu establishments.

We also urge the American Muslim leaders and activists to support only those members of Congress who unequivocally condemn the RSS just as Muslims condemn ISIS.

We reiterate our firm resolve to protect the pluralist ethos and democracy of the United States; We consider it our patriotic obligation to protect our nation from the ultra-nationalists and religious supremacists such as the neo-Nazis, the KKK and the RSS which are still legally operating in the United States [22]. They should be considered terrorists just as ISIS is.

We seek to deter the Hindutva fascists from launching their genocide in India by having Hindutva declared as a racist and supremacist ideology, and holding enablers of religious persecution accountable, both in India and internationally.