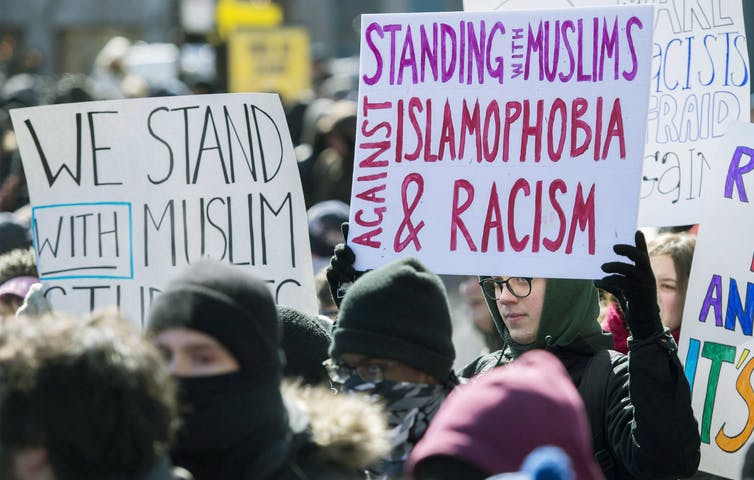 In Canada, attacks on Muslims have been increasing. A Muslim family of four (the Afzal family) was killed by a white Canadian man in early June. The perpetrator, Nathaniel V., carried out targeted towards Muslims and was apprehended on the way to a mosque in London, Ontario. In 2020, a caretaker at a Toronto mosque was stabbed and killed. Three years before this attack, an attack at a mosque in Quebec killed six men.

Although many of the perpetrators behind these attacks were neo-Nazis or far-right sympathizers, there is a general level of fear of Islam and anti-Muslim sentiment in Canada. A 2016 Forum poll showed that 41% of Canadian adults expressed a level of bias against different racial groups with Muslims having the highest negative rating (it should be noted that including Muslims as a racialized group in a study contributes to the demonization of Muslims as a distinct ethnic identity rather than a religious identity, irrespective of race or ethnicity). A survey done by Radio Canada showed that almost one in four Canadians favored a ban on Muslim immigration.

These general attitudes coupled with government policies contribute to the fear and discrimination of Muslims in Canada. A Canadian MPP proposed a motion to condemn Islamophobia and racism after the Afzal family was murdered which was then rejected by Ontario’s government. The unwillingness of the Canadian government to take the threats against Muslims seriously contributes to overall general anti-Muslim sentiment. Negative depictions of Islam and Muslims in media are “fear-mongering”. Quebec’s bill 62, which was introduced, was passed by Quebec’s Liberal government in October 2017. This bill banned the wearing of the niqab in public buildings. It was introduced after the attack at the mosque in Quebec, which means that instead of combating Islamophobia, the Quebec government justified the attack.

The National Council for Canadian Muslims is advocated and have called for all levels of the government in Canada to come together for a National Action Summit on Islamophobia.

With summits and efforts to educate officials, it’s necessary to dismantle how the Canadian government has led indirectly to the death of Muslims in Canada. Furthermore, the Canadian attacks should force American Muslims to open our eyes as well, and take efforts to keep our communities safe from far-right extremists. Contact your local mosque or community leader to find out what measures they are taking to keep Muslims safe. As Canadian and American media further demonize Muslims and otherize them, it is imperative to challenge the narrative that is being projected onto Muslims with clarity and adequate measures to keep members of the faith community safe.