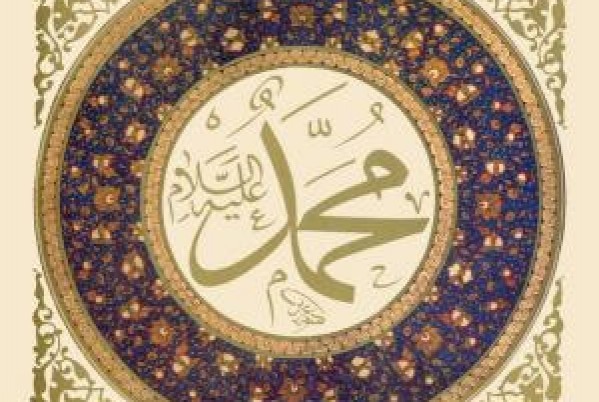 New York – The racial turmoil our country is experiencing after the fatal shooting of Michael Brown and the deaths of several other unarmed black men at the hands of white police officers intensifies the need to reassess our progress in the areas of social justice and racial equality.

It is blatantly evident that we are far from living up to these ideals. Therefore, it is vital for us to deeply reflect on these calamities, discern their root causes, ascertain their impact in our lives individually and as a nation, and determine the best ways to heal and prevent their reoccurrence.

Malcolm X, one of America’s greatest civil right leaders, in a letter written during his pilgrimage to Mecca in 1964, wrote:
“America needs to understand Islam, because this is the one religion that erases from its society the race problem. Throughout my travels in the Muslim world, I have met, talked to, and even eaten with people who in America would have been considered white, but the white attitude was removed from their minds by the religion of Islam. I have never before seen sincere and true brotherhood practiced by all together, irrespective of their color.”

Deeply impacted by his journey, Malcolm X narrated that “during the past eleven days here in the Muslim world, I have eaten from the same plate, drunk from the same glass, and slept on the same rug – while praying to the same God – with fellow Muslims, whose eyes were the bluest of blue, whose hair was the blondest of blond, and whose skin was the whitest of white. And in the words and in the deeds of the white Muslims, I felt the same sincerity that I felt among the black African Muslims of Nigeria, Sudan and Ghana.”

Through his study of Islam and his personal experiences as a Muslim, Malcolm X gained a strong conviction that the problems of racism that would “lead America up the suicide path” could be resolved through Islam. He believed Islam to be a proven solution to the problem of racism that plagued America “like an incurable cancer.” Today, as we continue to battle the disease of racism, his letter’s insights are as critical as they were fifty years ago.

Malcolm X sought to share with his fellow Americans the Islamic principles of racial equality. In Islam, race is irrelevant and never to be used as a parameter to judge a person’s value. According to the Quran, “mankind is naught but a single nation” (2:213). God created all humans “from a single (pair) of a male and female, and made [us] into peoples and tribes, that [we] may know each other” and “…the most honored of [humans] in the sight of God is he who is most righteous…” (49:13).

In the above cited verses, the Quran explains that the origin of all human beings is the same; the division of people into nations and races has the purpose of having us know each other and, after doing so, come together as human beings. There is only one criterion by which a person’s value is determined: good character.

Prophet Mohammad (PBUH) was the first person in history to firmly assert that “a white has no superiority over a black nor does a black have any superiority over a white except by piety and good action.” These powerful words were spoken during his farewell sermon, where he urged Muslims to embrace racial equality. In order to realize the magnitude of his task, one must take into account the social landscape in which this statement was made.

Prophet Mohammad (PBUH) lived in Arabia during the seventh century. The social conditions were such that a person’s honor and nobility were determined by lineage and tribe ancestry. Hence, a man’s value was entirely dependent on his blood relations. Ancestry was the ultimate proof of nobility and those whose heritage was mixed with “lowly” or “racially inferior” people were deemed to be lesser beings. Foreigners were also considered inferior and blacks were seen merely as slaves since Arabs believed themselves to be a superior race.

Addressing this enormous problem, the Quran cautioned all human beings, not just believers, to “hold firmly to the rope of Allah all together and do not become divided. And remember the favor of Allah upon you – when you were enemies and He brought your hearts together and you became, by His favor, brothers” (3:103).

These verses contain much hope and optimism. They tell us that through our efforts and prayers, with the help of God, the hearts of all human beings can be brought together, regardless of race or creed. It is therefore imperative that each of us do our part by examining our individual attitudes towards those who are different from us. We must ask ourselves if we believe with sincerity in the Islamic principle of equality.

It is necessary to “look into our thoughts and remove prejudices against ethnic and religious groups.(2)” Only through an individual acknowledgment of our personal responsibility to abandon all prejudices can our society truly move forward, leaving the evils of racism forever in the past. It is important to be constantly aware, in our thoughts and actions, that all human beings are equal and born with inherent dignity, nobility, and preciousness, irrespective of our race.

It is only through excellence of character and excellence of faith that we can become exceptional beings in the eyes of God and in the eyes of people. Once this idea becomes ingrained in us, we will finally leave behind the darkness of racism to enter a new era of light and unity. As Dr. Sultan Abdulhameed beautifully explains in The Quran and the Life of Excellence:

“The human consciousness is in a process of evolution. Our past is animal-like, with thinking focused on possessiveness, self-centeredness, competition for survival, and prejudice against our competitors. Our future is one of abundance, harmony, inclusiveness, equality, and peace. (3)”

1- I purposely use the word “men” because in Arabia, and many other parts of the world, before the advent of Prophet Muhammad (PBUH), the value of women was nonexistent. This is too large a subject to explore in this context and will be discussed in a latter article.