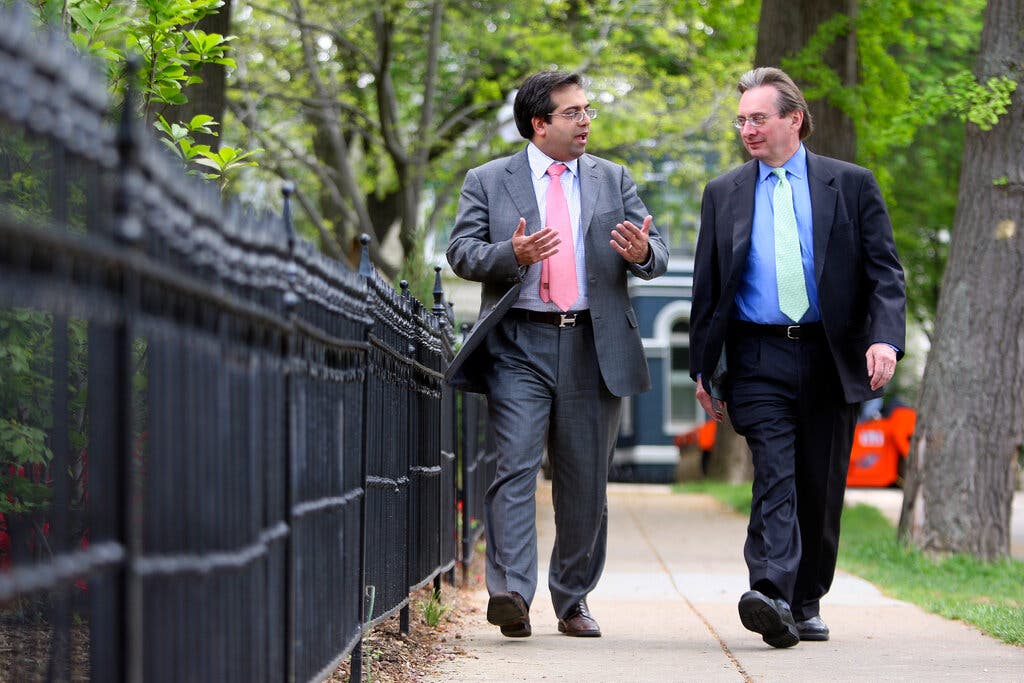 Pressure is mounting in the United States for the United Arab Emirates to release a Virginia lawyer who represented Jamal Khashoggi, the Saudi dissident and Washington Post columnist who was murdered and dismembered by Saudi agents in 2018.

On Thursday, members of Congress and a grouping of Muslim organizations held two separate news conferences to draw attention to the case of the lawyer, Asim Ghafoor, who was arrested this month. The U.A.E. said on July 16 that it detained him after convicting him in absentia of tax evasion and money laundering, adding that it had investigated Mr. Ghafoor, an American citizen, at the request of the United States.

But a State Department spokesman said two days later that Washington did not ask the Emiratis to detain him.

“We certainly did not request, we have not sought the arrest of Mr. Ghafoor,” the spokesman, Ned Price, said.

Mr. Ghafoor’s supporters and his advocates in Congress have said his sudden detention raised questions about whether the U.A.E. — an oil-rich American ally in the Persian Gulf that cooperates closely with Saudi Arabia — is holding him for political reasons, such as his relationship with Mr. Khashoggi. They said Mr. Ghafoor was not aware of the charges against him before he was arrested.

Mr. Ghafoor was charged, tried and convicted without his knowledge or the opportunity to defend himself, supporters said, calling his detention arbitrary and unjust.

Mr. Price said there was “no indication at this point that his detention has anything to do with his association with Jamal Khashoggi.” But the U.S. has requested additional information from the Emiratis, he said.

Mr. Ghafoor and Mr. Khashoggi founded a human rights organization, Democracy for the Arab World Now, or DAWN, which has called out human rights abuses in the U.A.E. and urged an end to American arms sales to the country.

“My colleagues and I are extremely concerned that he will not be able to adequately defend himself from the so far unsubstantiated charges brought against him,” Mr. Beyer said. He appeared with three other members of Congress: Lloyd Doggett, Democrat of Texas; Eric Swalwell, Democrat of California; and Jennifer Wexton, the Virginia Democrat who represents Mr. Ghafoor’s district.

The representatives called on the U.A.E. to release Mr. Ghafoor on bail and give him access to a lawyer in time for a hearing set for Monday.

They said Mr. Ghafoor had not been able to contact his lawyers, while American consular officials had been unable to reach him in recent days.

“We demand Asim’s immediate and unconditional release from the U.A.E.,” said Oussama Jammal, secretary general of the U.S. Council of Muslim Organizations, during a separate Thursday news conference outside the Justice Department in Washington. He called Mr. Ghafoor “a civil rights lawyer who has defended the rights of others throughout his entire profession.”

The U.A.E. tolerates almost no dissent from its citizens, using sophisticated surveillance and politically motivated arrests to silence any opposition.

Foreign tourists and expatriate workers have faced arrests and quick trials for running afoul of Emirati laws criminalizing alcohol consumption without a license, homosexuality, cohabitation outside of marriage and public indecency, though some of those restrictions have recently been relaxed. Other foreigners have spent years in prison for failing to pay small debts.

“Detaining Ghafoor on the basis of an in absentia conviction without providing him any information, notice, or opportunity to defend against himself is a flagrant violation of his due process rights,” said Sarah Leah Whitson, the executive director of DAWN.

“Whatever trumped-up legal pretext the U.A.E. has cooked up for detaining Ghafoor, it smacks of politically motivated revenge for his association with Khashoggi and DAWN, which has highlighted U.A.E. human rights abuses and urged an end to arms sales to the country.”

Mr. Ghafoor, a married father of three who works in Washington and lives in Virginia, was arrested on July 14 at the Dubai airport, where he was in transit on his way to a family wedding in Istanbul, according to DAWN.

The group said he sent a text message that afternoon saying two plainclothes Emirati security agents had approached him while he was waiting for his flight to Istanbul and told him he had to come with them to Abu Dhabi, the Emirati capital, “to clear a case against him.” He next sent a photo of himself in a police wagon headed for Abu Dhabi before communications stopped.

He was sentenced to three years in prison and a fine of $800,000, as well as deportation after his sentence is served, according to WAM, the official Emirati news agency.

“The case arose upon the American authorities’ request for judicial assistance regarding their investigations of the accused for tax evasion and making suspicious money transfers to the state, and their inquiry about his bank accounts receiving those transfers and related transactions,” the agency reported, adding that Emirati prosecutors had praised the “mutual coordination to combat transnational crimes with the United States.”

The report did not make clear what state the money transfers were made to or where he was accused of evading taxes.

It said Emirati investigators had found evidence that Mr. Ghafoor had made international transfers “without proof of their source.”

Though Mr. Ghafoor was not known to be under any American investigation, he has been the subject of federal scrutiny — and intrusive government surveillance — in the past.

In 2010, a federal judge ordered the government to pay more than $2.5 million in legal fees and damages to Mr. Ghafoor and another lawyer who represented a Saudi charity in Oregon, after finding that they had been wiretapped without a court order during a federal investigation into the charity.

A 2014 report based on documents leaked by Edward J. Snowden identified Mr. Ghafoor as one of five American Muslims U.S. agencies eavesdropped on under a process authorized by the Foreign Intelligence Surveillance Act, which allowed the government to monitor Americans if they were suspected of committing a crime on behalf of a foreign power.

Mr. Ghafoor was never charged with any wrongdoing.

“I try not to play the race card,” he said in an interview with The New York Times at the time. “But there’s really no other explanation.”

His arrest came two days before President Biden met Mohammed bin Zayed, the U.A.E.’s president, at a summit of Arab leaders in Riyadh, Saudi Arabia. Mr. Biden drew heavy criticism for attending the meeting despite the well-documented human rights abuses under the leadership of several of his Arab counterparts.

“We have conveyed our expectations to our Emirati partners that Mr. Ghafoor receive continued consular access, that he be afforded a fair and transparent legal process and that he be treated humanely,” Mr. Price, the State Department spokesman, said in a July 18 news conference.

He said U.S. consular officials had met with Mr. Ghafoor twice after his arrest and monitored his virtual court hearing.

Mr. Ghafoor recently fell ill with Covid-19 and was being held in isolation, the members of Congress and the Muslim council said. The council said he had been taken to the emergency room to treat dehydration due to complications from the coronavirus.