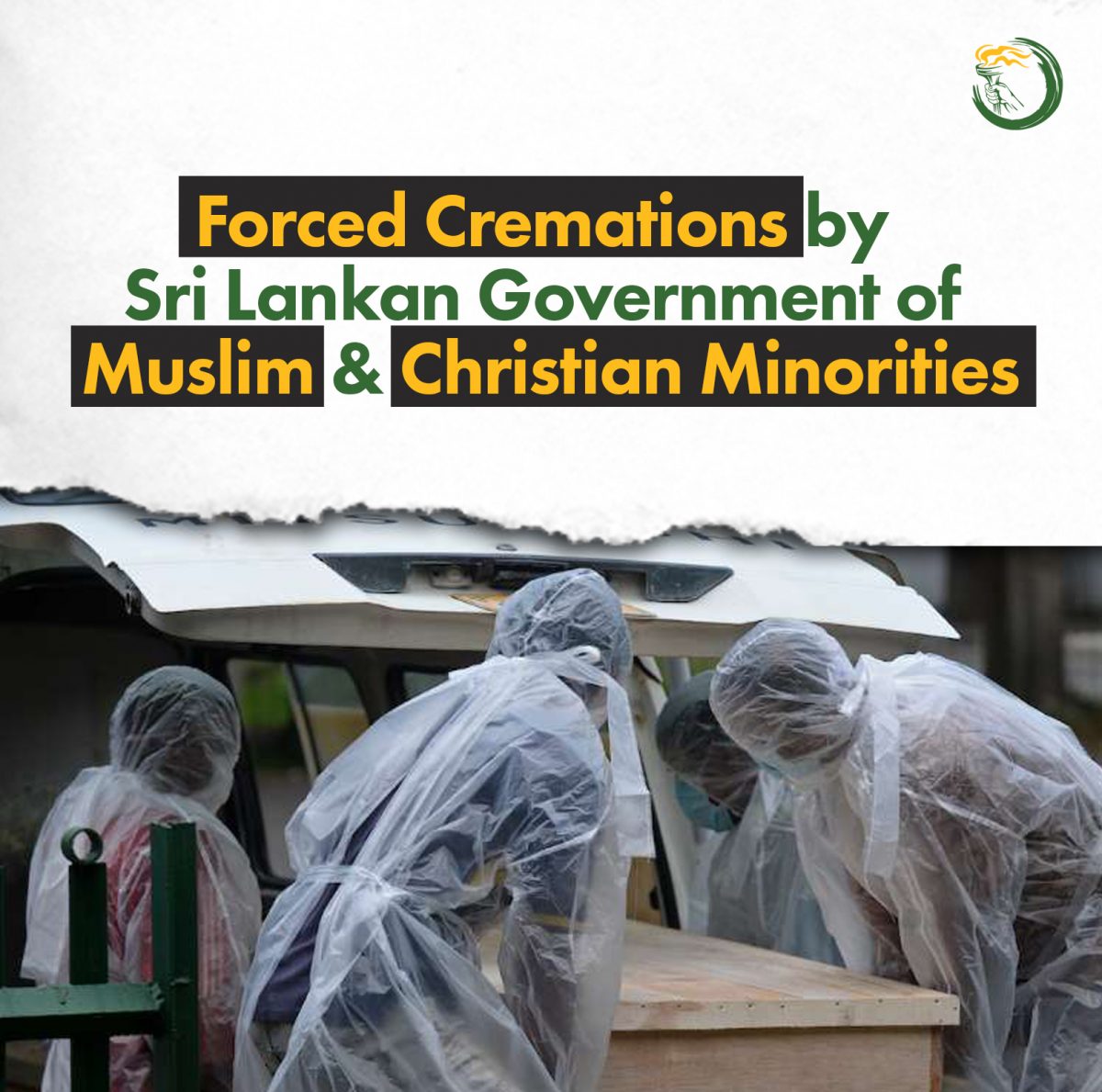 ICNA Council for Social Justice (ICNA CSJ) strongly condemns the forced cremations by Sri Lankan Government of Muslim and Christian COVID-19 victims. In a statement, Dr. Zahid Bukhari, Executive Director of ICNA CSJ, has argued that “forced cremations are a violation of basic human dignity and international laws of religious freedom. It further marginalizes Sri Lankan religious minorities.” He also demands that “the COVID-19 victims should be allowed to be buried according to their religious funeral rites.”

The Sri Lankan Health Ministry made cremations compulsory for victims of COVID-19. Having a majorly Buddhist population, this ruling has been seen to have an adverse effect on Muslim and Christian minorities, further marginalizing these small communities. Muslims are less than 10% of the Sri Lankan population.

The cremation of these victims was carried out without the approval of the families. The family members of these victims, composed of both Muslim and Christian faiths, brought the case of forced cremation to the Supreme Court, yet the courts have refused to hear their case. The government then charged the families up to $3,000 for the cremation services, despite being forcibly enacted.

The act of cremation on a deceased person is against the Islamic funeral traditions. Although there can be relaxation of some aspects of the funeral rites in emergencies (war, pandemic), the act of cremation is absolutely not allowed.

Furthermore, there have been anti-Muslim sentiment brewing in Sri Lanka – Muslims have been repeatedly blamed for the spread of the virus in Sri Lanka. The Bodu Bala Sena (BBS), a Sinhalese Buddhist group, called for a ban on halal product s and a boycott of Muslim owned-businesses.

The Muslim community sees this as a racist agenda of extremist Buddhist forces that seem to hold the government to ransom. The government’s policy of forced cremation has only served to increase anti-Muslim sentiment, and create religious division. The government of Sri Lanka should follow international law and suggestions by health organizations — and should allow the COVID-19 victims to be buried according to their religious funeral rites.