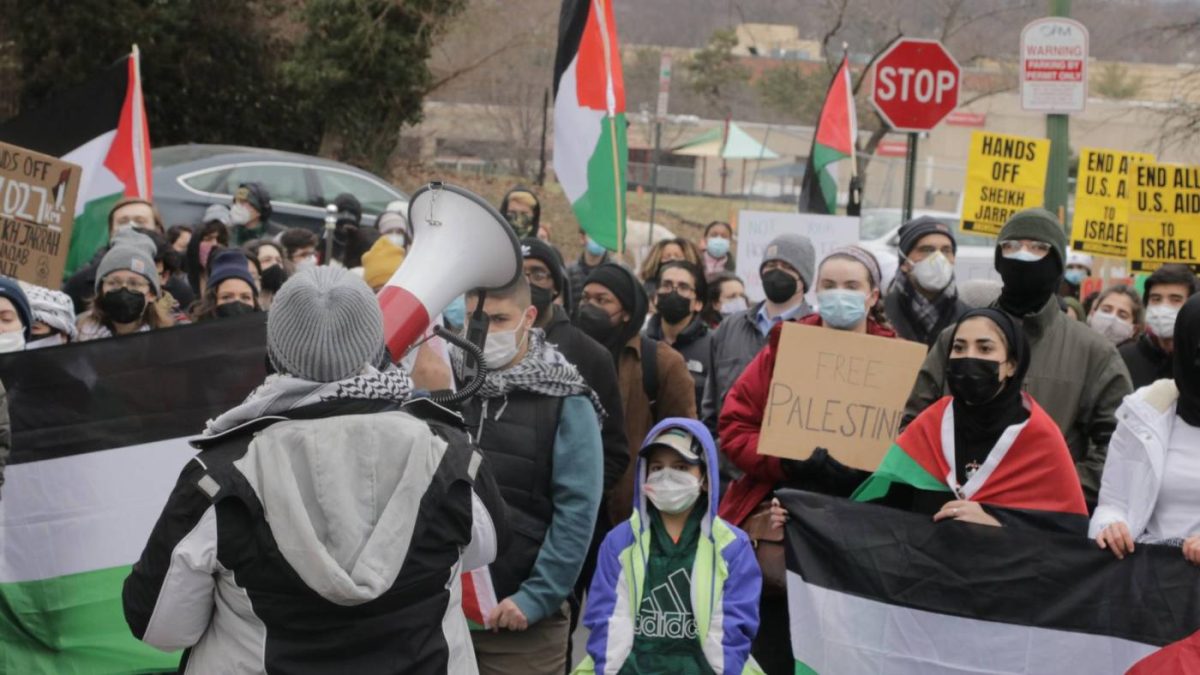 Washington DC is the site of any and all protests. This weekend, thousands of mostly white Americans protested against vaccine and mask mandates. On the other side of DC, in front of the Israeli embassy, hundreds of people protests against Israeli occupation of Palestine, specifically against the eviction of families living in the Sheikh Jarrah neighborhood of Jerusalem.

Law enforcement at the anti-vaccine and mask protest were almost non-existent. According to the Washington Post, around 10 officers lined the march route, and US. Park Police vehicles were parked nearby. At the Israeli embassy, after the major protest fizzled down, several people were arrested. Laura Albast said in a Tweet that there were 10 cars for 7 arrested protesters, who were chanting “Free Palestine.”

It is unclear why the protesters were arrested as the protest was a peaceful demonstration against Israeli apartheid and occupation.

The reaction of law enforcement with these two protests is striking. While thousands of mostly white Americans are able to march the streets of DC with little to no law enforcement regulation, those supporting a free Palestine are arrested simply for being present at a protest against Israeli occupation.