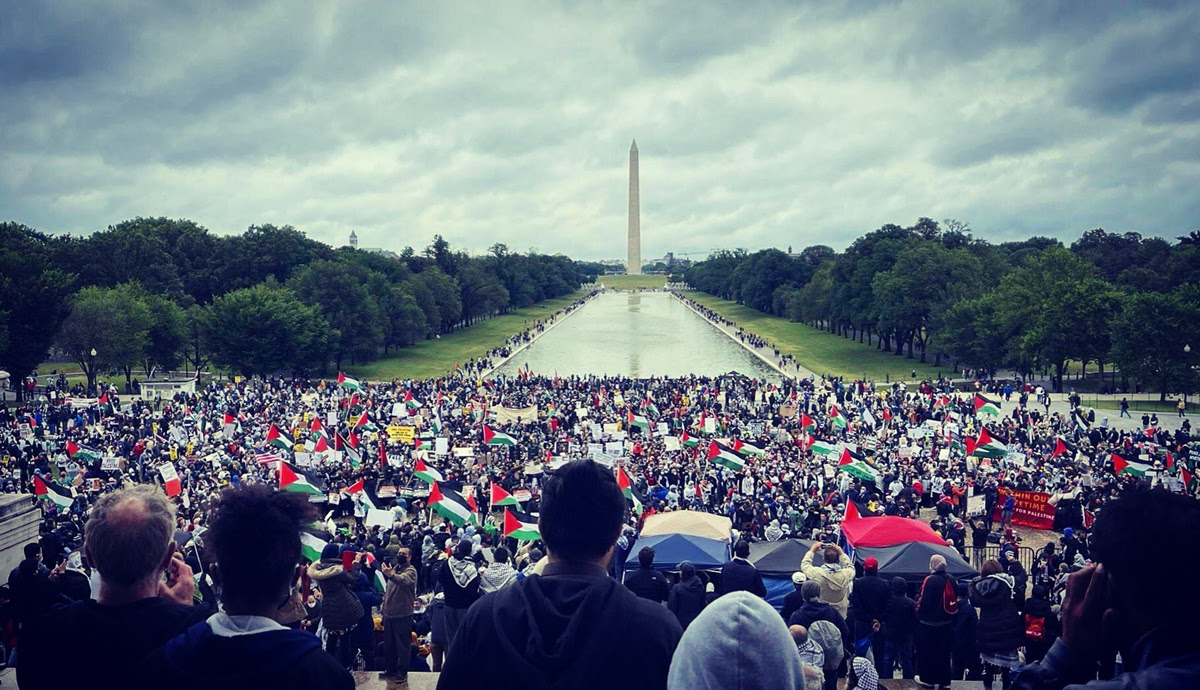 The US Council of Muslim Organizations (USCMO), the largest coalition of major national, regional, and local Muslim organizations held a National March for Palestine in Washington, D.C. over the Memorial Day weekend to show support to the Palestinian diaspora in the United States and their families who have experienced colonial annexation of their land and racism.

The USCMO have demanded the placement of an arms embargo on Israel, the cancellation of the US-Israel free trade agreement, a shut down of ‘charitable’ organizations supporting Israeli war crimes, and a ban on the import of products from Israel’s illegal colonies. The groups also sought to end weapons transfer to Israel, objecting to gross violations of human rights with US weapons and violations of the Foreign Assistance Act and Arms Export Control Act.

The National March for Palestine drew over 35,000 people demanding justice and peace for the Palestinians under the Israeli occupation. The March for Palestine was the culmination of weeks of organizing protests in solidarity with Palestine nationwide, building on the 73-year resistance campaign to the Nakba. While Israel’s bombing campaigns and military strikes are not new, the wave of Palestinian solidarity has ignited a tsunami wave of youth activism, fresh from the surge of Black Lives Matter and climate mobilizations. USCMO and its partners sensed the urgency of a nationwide grassroots mobilization stemming from campaigns in support of Palestinian families in Sheikh Jarrah and Gaza.