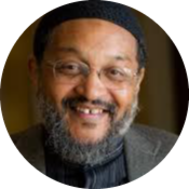 Imam Khalid Griggs is the Imam of the Community Mosque of Winston-Salem (NC). He
currently serves as the Director of Civic Engagement for the ICNA Council for Social
Justice, Chairman of Muslim Alliance for Black Lives (MABL), Member Board of
Directors of Institute for Dismantling Racism, Member Sponsoring Committee Triad IAF
(Industrial Areas Foundation), and Member Interfaith Winston-Salem. He is a freelance
writer, contributor of a chapter in Muslim Minorities in the West, Haddad and Smith,
author of Come Let Us Change This World: A Brief History of the Islamic Party in North
America, and former Editor Message International Magazine. Imam Khalid is a national
and international lecturer and a social justice and criminal justice reform activist. 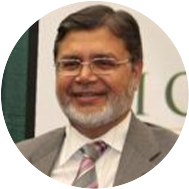 The Executive Director of ICNA Council for Social Justice. Previously, he worked as Director of American Muslim Studies Program (AMSP) at the Prince Alwaleed Center for Muslim-Christian Understanding, Georgetown University, Washington, DC. From 1999-2004, he also worked as Director, Project MAPS: Muslims in American Public Square, which examined the role and contribution of the Muslim community to the American public life. Dr. Bukhari’s research interests focused on Islam in the West; Muslims in America; religion and politics; and religion, humanitarian aid and development. He is also editor of the Project MAPS volume: Muslims’ Place in the American Public Square: Fears, Hopes and Aspirations; and the CIPP volume: Observing the Observer: The State of Islamic Studies in American Universities. Dr. Bukhari has a Masters in Economics from the University of Karachi, Pakistan and Ph.D. in Political Science from the University of Connecticut, USA. 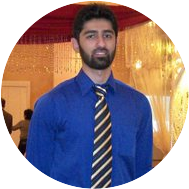 Graduated in 2008 with a B.S. in Information Technology. He also graduated in 2017 with a B.A. in Islamic Studies. Rameez worked in the I.T. field from 2008-2014. In 2014, he became Director of Operations for ICNA’s Council for Social Justice. Rameez initially joined ICNA as a volunteer in 2008 on various projects including as a community organizer and fundraiser. He served as the Youth Coordinator for two years and then as the president of the ICNA Mosque in Alexandria, VA for two more years before joining ICNA-Council for Social Justice in 2014. He also leads ICNA CSJ’s prison support project. 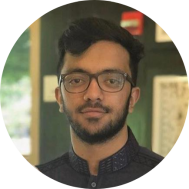 Hamza is currently a student at George Mason University pursuing a degree in Information Technology. Previously, Hamza obtained his Associate’s Degree in Computer Science. Over the summer of 2019, Hamza interned with Helping Hand for Relief and Development. In 2015, Hamza started the MSA student organization in his high school which is still active today. Hamza began working with ICNA Council for Social Justice in January 2020. 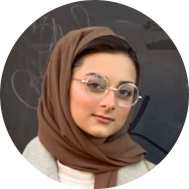 Lina Bhatti is a graduate student majoring in Islamic Studies at George Mason University. She graduated in 2019 with a degree in Global Affairs with a concentration in International Development. She has worked with various Muslim institutions since her freshman year of college. Lina plans on pursuing a career in academia, where her main research interests lies in South Asia and Islam. She is passionate about advocating for marginalized communities. 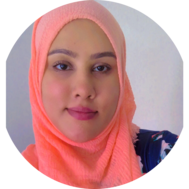 Fatima Paracha graduated from Old Dominion University in 2018 with a B.A. in Communications. She also graduated with an Associate’s Degree in Liberal Arts. Fatima is interested in humanitarian relief and is excited to be an advocate for communities. She enjoys reading and spending time with her kids. Fatima started working for ICNA CSJ in August 2021.

Zahrah Ali is currently a student at the University of Maryland, Baltimore County, where she is pursuing a degree in Political Science. She has been involved in Helping Hand and various other ICNA entities for many years. She is interested in political advocacy, public policy, and humanitarian relief work. Zahrah enjoys reading and writing and has been working with the ICNA Council for Social Justice since August of 2020.