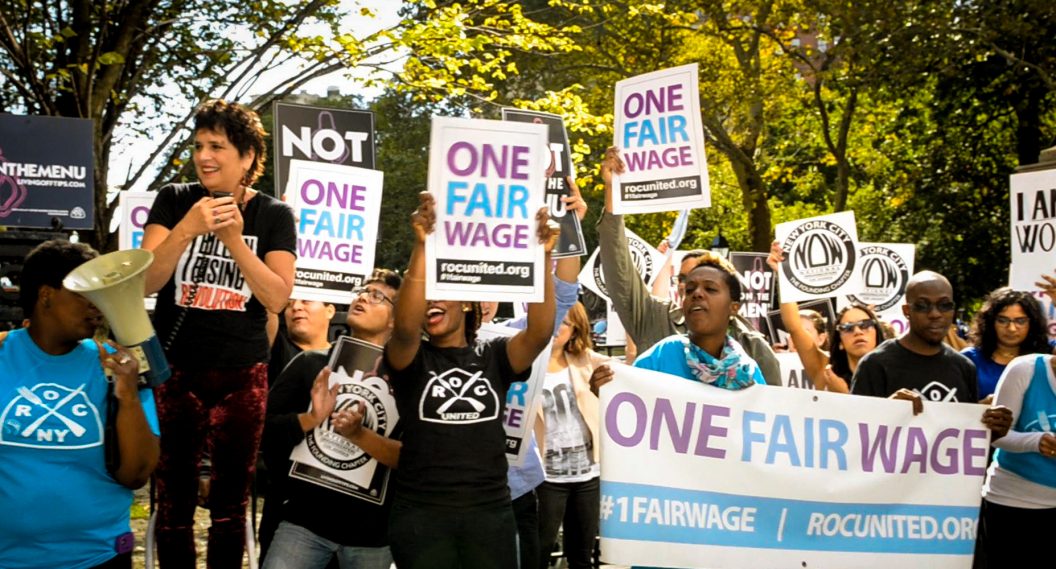 We believe it’s time for One Fair Wage in Washington, D.C. The two-tiered wage system, which permits employers to pay tipped workers a subminimum wage, is broken and it’s time to fix it. Right now, tipped employees earn as little as $2.77. Nationally, that figure is just $2.13 per hour. After taxes, that means many tipped employees will take home nothing at all except for their tips.

The National Restaurant Association and its lobbyist have tried to claim these individuals all work in expensive fine dining establishments and earn a comfortable middle class living. But that just isn’t reality. In Washington, D.C., servers take home a median wage of just $9.23 an hour including tips. They use food stamps and experience at poverty at over 50 percent the rate of the general workforce.

Furthermore, there are 6 million women in the restaurant industry in the United States who depend on unreliable tips rather than a steady base wage for the bulk of their income. This leaves them especially vulnerable to sexual harassment – forced to tolerate inappropriate behavior from customers and from co-workers and management who often influence shifts and hours. It’s no surprise then that the restaurant industry is the single-largest source of sexual-harassment charges filed by women with the Equal Employment Opportunity Commission.

It’s time to end this system that’s bad for workers, bad for families, and bad for our economy. No employee who works hard every day should earn a subminimum wage. No employee who serves their customers meals should ever struggle to put food on their own tables. No employee should be required to endure harassment or risk losing pay. It’s time for One Fair Wage.

This is not a radical or unique step. In fact, it’s already the law in California and six other states – as well as nearly every other country in the world. It’s also supported by a significant majority of Americans. According to a recent poll commissioned by the National Employment Law Project, 71% support raising the tipped minimum wage to full minimum wage and favor a major minimum wage increase.