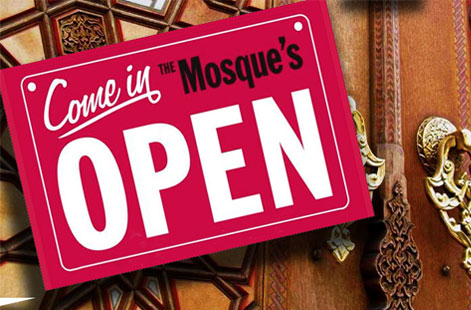 Since, September 11, 2001, the American Muslim community has gone through a journey of social roller coaster. Public opinion on Islam and Muslims is changing to more negative with each survey. Hate crimes against Muslims and their mosques are increasing across the country. Islamophobia has become, unfortunately, mainstream during the presidential campaign of 2016. However, at the same time, several prominent political and legal personalities, newspapers editors and columnists and interfaith leaders have spoken forcefully in favor of the Muslim community. A window of opportunity has also been opened for Muslims to present their own narrative to the American public. Thanks to the racist rhetoric of Republican presidential candidates, Muslims and Islam have now become the topics of prime time and headline news.

American Muslims understand the magnitude of the challenge facing our nation and our community and will not allow either Islamophobes or un-Islamic extremist groups like ISIS to define American Muslims or to decide our fate. Seizing the moment, the US Council of Muslim Organizations (USCMO), a coalition of leading national and local Muslim organizations, announced on December 21, 2015, major educational, outreach and civic empowerment initiatives to address growing Islamophobia in America and to enhance national harmony through the promotion of freedom and justice. The USCMO initiatives include: a One America Campaign to enhance understanding of American Muslims and Islam; a Million Voters Registration Drive prior to the 2016 presidential election; and a National Open Mosque Day designed to help increase interactions between American Muslims and citizens of other faiths and backgrounds. Islamic Shura Council of Southern California, New York Masjid Shura Leadership Council, Council of Islamic Organizations of Greater Chicago, and many others are participating in this campaign.

We advise the organizers of this program to not only have a program about Islam and Muslims but to also dedicate time for civic engagement. We are facing the public rise of anti-Islamic sentiment while some of the country’s political leadership, both at home and in Washington, D.C., have become detached from reality. Consequently, the safety and security of our families has become a growing concern for everyone. Muslim-Americans must engage in the civic arena in order to ensure, by Allah’s Will, that we construct the America we want for ourselves and for our children. The Open Mosque Day is a great way to invite your local mayor, governor, delegate, school board, or any other local leadership. With civic engagement, your mosque will have a voice in government decisions both big and small; your mosque can achieve solutions for issues in the community; and your mosque can ensure social justice for all – with Allah’s guidance and help. Finally, please be sure to send pictures from the event with the name of the mosque, city, and state to be included on our website www.oneamericacampaign.com. Contact us for more details.