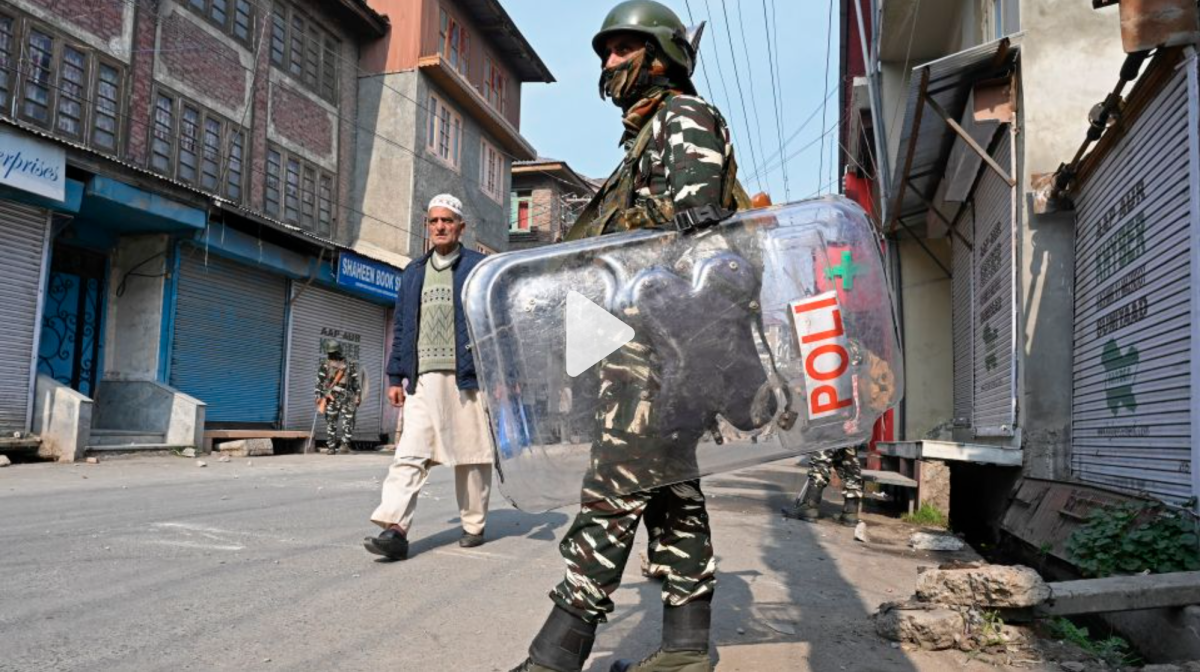 Seventy-five years ago, on 27th of October, the Indian army set foot in the valley of Kashmir, marking the beginning of one of the world’s most prolonged military-occupations. Every year, Kashmiris throughout the world mark October 27 as a “black day” to reiterate their protest against the Indian military occupation and reemphasize their demand for their UN-mandated right to self-determination. Around100,000 people have been killed ever since and India maintains more than 900,000 occupying troops in the Muslim-majority territory, making it the most militarized zone in the world.

Indian settler-colonial project in Kashmir is unfolding day after day, as the occupier hopes that the Kashmiri struggle for freedom can be overcome by altering the state’s demographic composition and by turning Muslims into a minority in their own homeland.

Today, it is important for us to remember that India’s rule in Kashmir is synonymous with justice and tyranny. Both the fear of death, and actual death itself, are used by the Indian state to prevent Kashmiris from resisting a state that has turned countless Kashmiri children into orphans and forced fathers to shoulder the coffins of their children. It’s a state that has widowed thousands of Kashmiri women and created a phenomenon of half-widows, women who do not know whether to mourn their disappeared husbands or hope for their return. So many Kashmiri Muslims were imprisoned for demanding their right to self-determination that the jails in Kashmir could no longer hold them, and hence thousands of them were sent to jails across India, miles away from their families.

On this day, ICNA CSJ pays tribute to the brave Kashmiri people, who continue to struggle for their freedom and basic rights despite their sufferings and hardships. We urge the United Nations and other international forums to go beyond the verbal condemnation of India’s human rights violations in Kashmir, and to actively prepare ground for the plebiscite that Kashmiris have been waiting for 75 years.