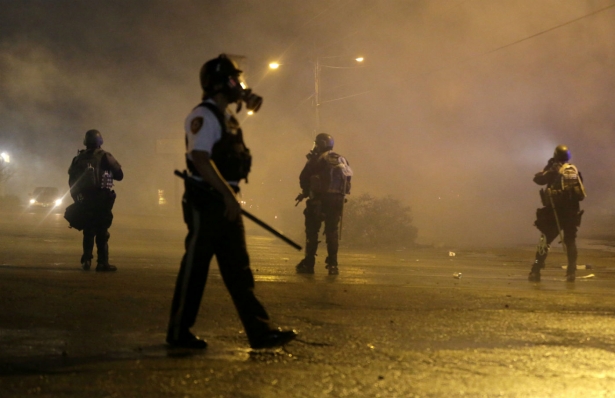 President Obama’s Task Force on 21st Century Policing has released a long list of reforms to American policing, some of which, including independent police prosecutions and dramatically scaling back the role of police in schools, are true advancements. However, there are also major pitfalls in the report’s reliance on procedural rather than substantive justice.

Liberal police reforms of the 1960s, including the Katzenback Commission on Law Enforcement and the Administration of Justice and Johnson’s Safe Streets Act, were intended to achieve similar ends of improving police community relations and reducing police brutality through police professionalization and a host of procedural reforms. The result of this process, however, was the massive expansion of policing in the form of SWAT teams, the War on Drugs and, ultimately, mass incarceration.

Princeton political scientist Naomi Murakawa, in her book The First Civil Right: How Liberals Built Prison America, details how the liberal assessment of the problems of race failed to take seriously the role of racial domination in the structuring of the criminal-justice system. Instead, they focused on the need to create a criminal-justice system that was more professional and less arbitrary in its meting out of punishment against people of color. Embedded in this approach was the misconception that the negative attitudes of blacks about the police were based on a combination of poorly trained and biased officers on the one hand and exaggerated feelings of mistrust by African-Americans, derived from their social and political isolation, on the other.

Rather than directly addressing the functional role of the police, and the ways in which the laws they were tasked to enforce were based on a history of racial inequality, liberal reforms worked to strengthen that legal system by increasing resources for its enforcement and imbuing it with a mission of race-blind equality of application. This was based on the fallacy that the law always protects everyone equally. But, in fact, the law was neither intended to nor in practice functions in that way. The poor in particular are at a disadvantage, in that the laws more harshly target the transgressions that they are more likely to commit. As Anatole French pointed out in 1894, “In its majestic equality, the law forbids rich and poor alike to sleep under bridges, beg in the streets and steal loaves of bread.”

Today’s Task Force falls into this same trap. One of the central tenets of the Task Force’s report is reliance on procedural reforms. Procedural justice deals with the ways in which the law is enforced, rather than substantive justness, which involves the actual outcomes of the functioning of the system. Such procedural reforms focus on training officers to be more judicious and race-neutral in their use of force and how they interact with the public. The report encourages officers to work harder to explain to people why they are being stopped, questioned or arrested. Departments are advised to create consistent use of force policies and mechanisms for civilian oversight and transparency. The report implies that more training, diversity and communication will lead to enhanced police community relations, more effective crime control and greater police legitimacy.

Similar goals were set in the late 1960s. The Katzenbach report of 1967 argued that the roots of crime lay in poverty and racial exclusion, but also that a central part of the solution was the development of a more robust and procedurally fair criminal justice system that would uphold the rights of all people to be free of crime. In keeping with this, it called for a major expansion of federal spending on criminal justice. Just as local housing and social services programs needed federal support, so too did prisons, courts and police: “Every part of the system is undernourished. There is too little manpower and what there is is not well enough trained or well enough paid.” The Commission called for improved training, racial diversity in hiring, programmatic innovations, and research. The Kerner Commission on Civil Disorders reached a similar conclusion, calling for “advance [sic] training, planning, adequate intelligence systems, and knowledge of the ghetto community.”

Similarly, Johnson’s initial draft of the 1968 Safe Streets bill called for resources to be devoted to recruitment and training of police, modernization of equipment, better coordination between criminal-justice agencies, and innovative prevention and rehabilitation efforts, and had the support of the ACLU and other liberal reform groups. After Congress finished with it, the bill primarily granted funds in large blocks to states to use as they saw fit. Johnson signed the bill anyway, claiming that the core goals of professionalizing the police would be achieved. Over the next decade, the result was a massive expansion in police hardware, SWAT teams and drug enforcement units, and almost no money towards prevention and rehabilitation.

The one change many point to as a positive development from this era of reform was the emergence of community policing initiatives. Even this reform, however, was deeply problematic. Part of the problem lies in the nature of community. Steve Herbert, in his book, Citizens, Cops, and Power: Recognizing the Limits of Community, shows that those who are active in community affairs are not usually representative of the full diversity of views and experiences in urban neighborhoods. Community meetings tend to be populated by longtime residents; those who own, rather than rent, their homes; business owners; and landlords. The views of renters, youth, homeless people, immigrants and the most socially marginalized are rarely represented in these bodies. As a result, the problems identified by such a process tend to focus on “quality of life” concerns involving low-level disorderly behavior rather than serious crime.

Community policing also tends to turn all neighborhood problems into police problems. Across the country, community police programs have been based on the idea that the “community” should bring its myriad of concerns about neighborhood conditions to the police, who will work with them on developing solutions. The tools that police have for solving these problems, however, are generally limited to punitive enforcement actions such as arrests and ticketing. Why should the police necessarily be the sole or even lead agency in developing strategies to address community concerns about disorder and public safety?

By conceptualizing the problem of policing as one of inadequate training and professionalization, reformers fail to directly address the ways in which the very nature of policing and the legal system served to maintain and exacerbate racial inequality. By calling for color-blind “law and order,” they in essence strengthen a system that puts people of color at a structural disadvantage. At root, they fail to appreciate that the basic nature of the police, since its earliest origins, is to be a tool for managing inequality and maintaining the status quo. Police reforms that fail to directly address this reality are doomed to reproduce it.

The report does call for police to acknowledge their historical role in racial oppression, as was recently done by FBI Director James Comey and to a lesser extent Commissioner William Bratton in New York. Otherwise, the document largely lays out procedural reforms designed to better democratize the policing process through internal consultation with officers and their unions and external consultation with the public. Departments are urged to think of how the community will perceive their actions and to pursue non-punitive interactions with people to build trust. These reforms may improve the efficiency of police bureaucracies and improve relations with those active in police community dialogues, but will do little to address the dramatically expanded police role.

What is not discussed in the report is dialing back in any meaningful way the war on drugs, police militarization or the widespread use of “broken windows” policing that has led to the unnecessary criminalization of millions of mostly black and brown people. Well-trained police, following proper procedure, are still going to be engaged in the process of arresting people for mostly low-level offenses, and the burden of that will continue to fall primarily on communities of color, because that is how the system is designed to operate—not because of the bias or misunderstandings of officers. A more respectful and legally justified arrest for marijuana possession is still an arrest that could result in unemployment, loss of federal benefits and the stigma of a drug arrest.

Lee P. Brown, former NYPD commissioner, Clinton drug czar and mayor of Houston, has called for a more comprehensive examination of the criminal justice system and its negative impacts on communities of color. The Policing Task Force has called for something similar. It is imperative that such a commission critically assess our expanded reliance on policing as the primary and in many cases only tool for managing community problems and suggest real alternatives that strengthen communities of color.

More importantly, advocates need to continue pushing for structural reforms to policing and the larger criminal justice system while continually pointing out the role of racial inequality in structuring the nature and function of those systems. We cannot produce true justice by reforming police procedures. Instead, we need to call into question why we have come to rely so heavily on the police to manage social problems in a time of growing racial and economic inequality.