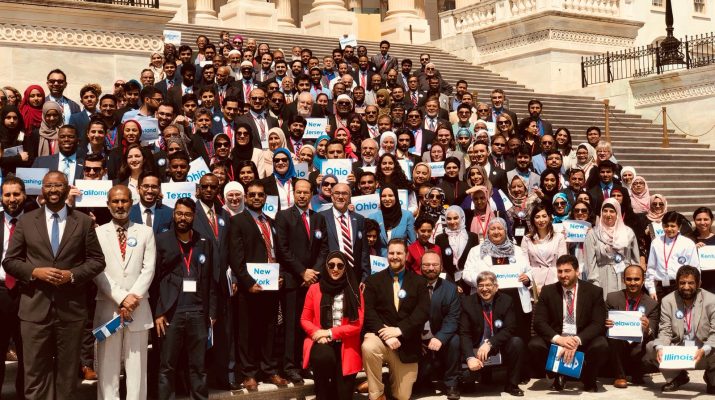 On May 7th and 8th, Muslims from more than 28 states showed up in record numbers on Capitol Hill for U.S. Council of Muslim Organizations’ (USCMO), of which ICNA is a founding member, Muslim Advocacy Day 2018 to advocate against the Muslim ban, support gun control, immigration reform and insure all communities have access to nutritious and affordable food. There were over 400 Muslims in attendance and more than 250 meetings were set up with elected officials.

ICNA CSJ was on the steering committee for the event and helped bring over 70 members from the ICNA family to the event.

The attendees met with their elected officials and lobbied for the following issues: