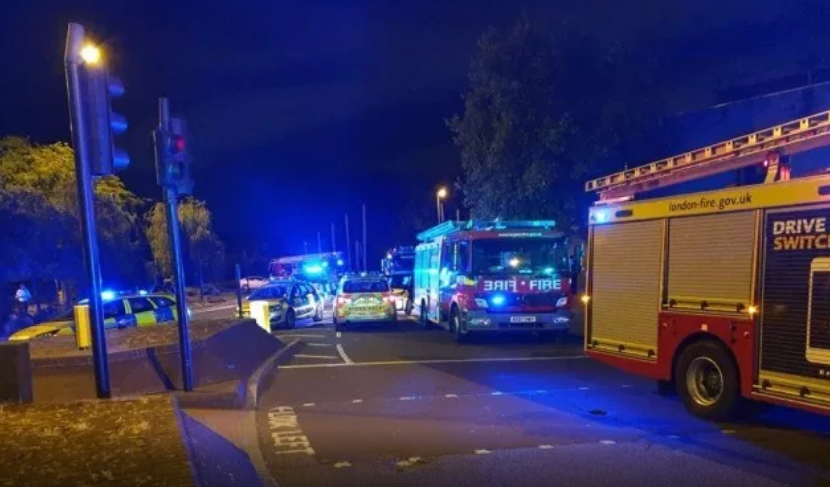 At around 2:40 am, a group of young brothers were leaving Madina Mosque in London, UK, after praying Fajr and ended up saving hundreds of lives by running in to a burning building to wake people up from their sleep, according to WTX News.

They forced themselves into a building and boldly began from the top of 18 floors, and started banging on peoples doors working their way down in attempt to wake the residents. They ran up and down flights of stairs as fast as they could to make sure they could awake as many people as they possible.

“They made sure everyone got out. They knocked on each door until someone opened. There was six or seven of them and they were only young. If it wasn’t for them we would never have got out,” WTX News reports a local resident said.

These Muslims had just finished eating Suhoor and praying Fajr, meaning there was a large number of people guiding and assisting the residents as they escaped the fire. They did all this as they just began their day of fasting. When 25 firefighters arrived at the scene, everyone had managed to get away safely and there were no casualties.

The local area’s representative Cllr Ian Rathbone said, “They have demonstrated what it really means to be a good neighbor and think first about the lives and survival of others in those precious minutes of the start of a fire.”

“It was a really important show of community spirit. It shows there are still people willing to help others and risk their own life.”

Not everyone can risk their own life to save hundreds of people they don’t even know, especially while fasting. We often pray Fajr and finish with a dua asking Allah to save us from the hellfire, but we never think that we could be helping others from fire too–actual fire. May Allah reward these brothers for their courageous effort and grant them the highest level of Jannah.