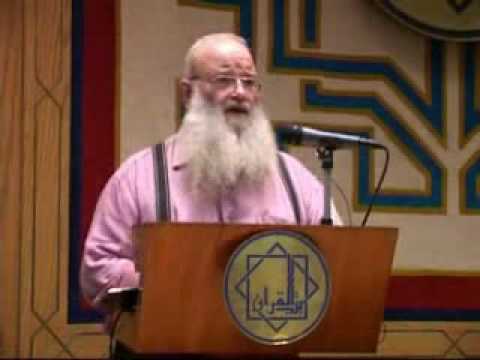 What do you know about Muslim immigration to America? When did the earliest Muslims arrive? When did members of this community first arrive in America?

Dr Jerald Dirk received his Bachelor of Arts (philosophy) from Harvard College in 1971, his Master of Divinity from Harvard Divinity School in 1974, his Master of Arts (clinical child psychology) from the University of Denver in 1976, his Doctor of Psychology (Psy.D.) degree in clinical psychology from the University of Denver in 1978, and his sessions program certificate in Islamic studies from Imam Muhammad ibn Saud Islamic University in 1998.

His vocational history includes over five years teaching in American colleges and universities and over 20 years spent in the private practice of psychotherapy. In addition, he has taught at the middle school level at two different private Islamic schools and has served as the psychoeducational consultant at one private Islamic school.

In addition, he has been interviewed about Islam by newspapers in California, Colorado, Missouri, and Saudi Arabia and by television stations in Kansas, New York, Texas, Utah, Canada, and the United Arab Emirates. He is the author of four books that explore the commonalities and differences among the three Abrahamic religions (Islam, Christianity, and Judaism): The Cross and the Crescent, now in its second printing; Abraham, The Friend of God; Understanding Islam–A Guide for the Judaeo-Christian Reader; and The Abrahamic Faiths–Judaism, Christianity, and Islam. His fifth book, Muslims in American History–A Forgotten Legacy was published in 2006 and celebrates the centuries-old history of Muslims in America. His sixth book, Letters to My Elders in Islam, was published in 2008. Dr. Dirks has also proofread and/or edited several books for other authors.