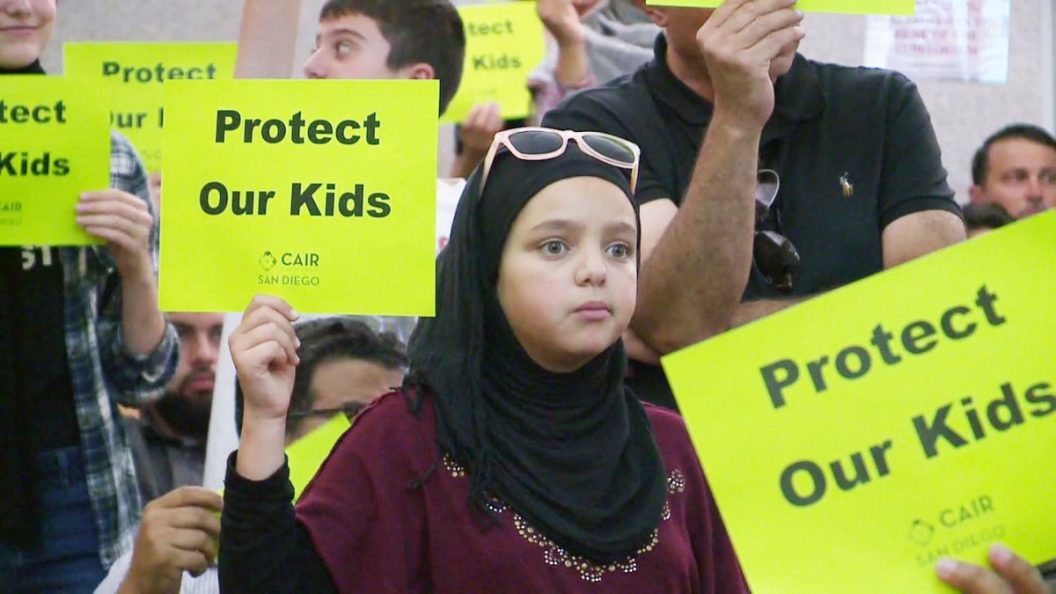 From the beginning, Ali seemed aloof from the conversation that surrounded him. His friends, a full spectrum of boys spanning junior high and high school, bantered and pontificated on the NBA playoffs. It was an animated exchange between Dub Nation (Golden State Warriors) loyalists and the small smattering of those bold enough to support others. And though few things can engross the collective energy of this age group like basketball, Ali remained stoic and unmoved through it all.

An affable and intelligent 14-year-old with aspirations for medical school, Ali is the child any South Asian parent would hope for. Despite his young age, he appears confident in his purpose and comfortable in his hyphenated identity. Yet when I met this kid, he was clearly rattled.

Ali approached me himself. He asked me about my experience as a Muslim doctor in this time of unprecedented malice towards Islam in America. As I cobbled words together, he interjected and pointedly asked, “Do any of your patients dislike you?” As a follow-up, he wondered how I can medically care for someone who hates me.

These were the thoughts gnawing at Ali’s mind. These reservations were compelling him to reconsider not only a career in medicine, but any profession that would require meeting many new people daily.

Ali did not trust other human beings and their thoughts anymore, and he was willing to limit his aspirations because of it. In his young mind, this was how he would guarantee his physical and emotional safety.

Muslims May Live in America, but They are Not American

This was all the accumulated effect of the 2016 presidential election cycle that spawned a wave of Islamophobia more devastating than all the years that preceded it. Shepherded by Donald Trump to incite fears and galvanize voters, talk of a Muslim immigration ban, internment camps and registries was routine fodder in campaign rallies.

The final product was President Donald Trump, who, as Mustafa Bayoumi notes, “refers to ‘Muslims in America’ but not to Muslim Americans. The difference is important. In Trump’s version, Muslims may live in America, but they are not American.”

Muslim children find themselves immersed deeply in a country whose elected leaders regularly identify Islam as America’s bane and call for an extermination of its adherents. To them, these sentiments were validated by many adults surrounding them in the recent election.

According to Habeeb Qadri, principal of the Muslim Community Center Full-Time School in Morton Grove, IL and staff member of the Harvard University Graduate School of Education Principal Center, nothing was more jarring and dismaying for his students than to wake up after Election Day and find so much of the nation’s map red.

This is exacerbated by a wholly irresponsible media, that according to Erin Kearns of Georgia State University, gives four and a half times more coverage to a terrorist attack perpetrated by a Muslim as compared to an attack by a perpetrator who is not Muslim.

It is little surprise that this perpetual demonization has resulted in hate crimes that increasingly become more harrowing in their details. Mosque burnings and physical assaults have progressed to gruesome murders in places like Portland and Virginia. Even Ramadan IHOP nights have lost their innocence.

Internalizing all this in their formative years are Muslim kids who are already struggling to navigate and straddle their multilayered identities. The 24-hour news cycle and readily available social media access ensure that they’ll continue to have front row seats to this miasma of hate.

But none of this says anything about the day-to-day, intimate experience of Islamophobia that these children are facing in the halls and classrooms of their schools. Here exist accusations, death threats and beatings.

How Muslim American Students are Suffering

A 2015 study by the Council on American-Islamic Relations (CAIR) of more than 600 Muslim students found that more than half had experienced bullying (twice the national average). Though kids can be cruel, adults can be crueler: One in five students reported being discriminated against by a teacher or a school administrator. Most troubling of all, this study’s data precedes the rise of Donald Trump and all those he enabled.

The effects of having your hijab pulled off or being called a “terrorist” or “raghead” can be stifling. Research shows that those bullied are likelier to suffer a decline in academic performance, health problems, depression, anxiety and numerous other issues that can linger into adulthood.

Further, according to Dr. Fyeqa Sheikh, a clinical psychologist who specializes in children and adolescents, “Muslim youth may react in various ways to this negative threat to their identities and worldview: attempting to deny their Muslim identity and integrating with mainstream society, retreating from mainstream society due to fear, or demonstrating post-traumatic stress reactions.”

Though psychological counseling and support from parents, mosques and community organizations will be essential in helping Muslim children overcome the additional hurdles Islamophobia has constructed for them, schools must also be demanded to do more. Teachers must stop being passive witnesses and should be trained to recognize and effectively act against Islamophobic language.

Discussions on thorny topics such as race, terrorism and religion should be encouraged. Educational curriculums should evolve to foster understanding by reflecting the stories and histories of the many groups that comprise America’s changing demographics. Student-run groups must also be empowered to counter bigotry and advocate on behalf of those facing harassment.

But the responsibilities won’t end there.

As kids like Ali look to retreat from a country that rewarded vile and crass behavior with the American presidency, it will take the entire village to ensure that they don’t go adrift.

Whether through a text message, a phone call or a physical meeting, the message shall always be consistent to our children: You are loved, capable, worthy and unapologetically a Muslim American. In so doing, we will enable the light which resides within them to shine brightly and unremittingly.