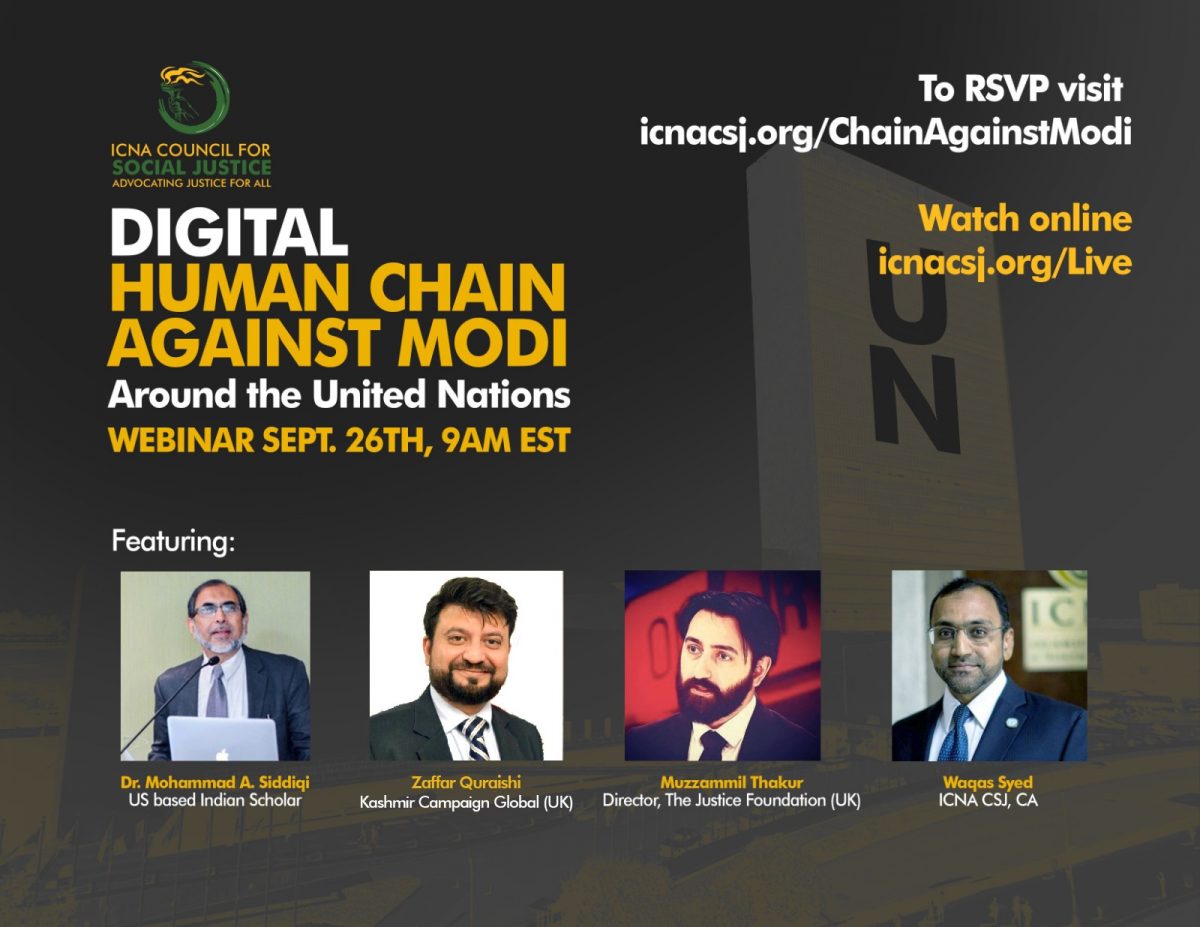 Mr. Narender Modi, the Prime Minister of India, spoke online to the UN 75th General Assembly session on September 26, 2020. His government has wreaked havoc on pluralism, democracy, and human rights in India since his party, BJP, came to power in 2014. In light of these, ICNA CSJ organized a digital human chain and a webinar against Modi.

Over 4000 people, across 50 different countries, participated in the digital human chain and webinar. The event also featured a panel of renowned speakers such as Dr. Mohammad A. Siddiqi, Zaffar Quraishi, Muzzamil Thakur, and Waqas Syed who conducted a webinar as Modi was speaking.