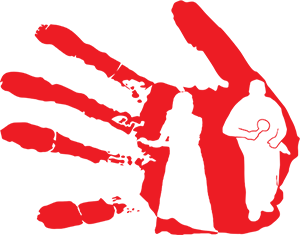 According to reports published by the National Congress of American Indians, 84.3% of Native women experience violence and 56% experience sexual assault. Violence is primarily committed by non-Native men.

The horrific nature of Indigenous women going missing and being murdered is one that has its roots and foundation in US and Canadian colonialism and ongoing genocide of Native peoples. The National Indigenous Women’s Resource Center explains that the foundations of federal Indian policies continue to undermine tribal protections that prevent Indigenous people the authority to protect their communities. They say,

“The high rates of violence against Native women and lack of accountability for such violence are clearly tied to federal intrusion, vulnerabilities created by such intrusion, and the failure to exercise authority to prosecute perpetrators for the last 500 years. Today, this pattern continues and is reflected in the lack of accountability of perpetrators documented in the minimal prosecutions and federal declinations by United States Attorneys of domestic violence, sexual assault, and trafficking cases.”

In 2019. According to the National Crime Information Center, 8,162 Indigenous youth and 2,285 Indigenous adults were reported missing out of 609,275 cases. However, many crimes against Native individuals go unreported, or are misclassified as white. Wendelin Hume, a scholar who studies tribal justice, writes about MMIW. Hume explains that going through mass historical trauma has forced Indigenous people to not trust the authorities, and not report crimes that are taking place. There are issues with jurisdictional authority as well. If a Native family reports a case to a federal or state authority, that authority may not take action on the case because tribal communities are treated as sovereign nations; however, tribal authorities often do not have the resources required for a missing person investigation. Furthermore, many times, the missing person is not on the reservation, meaning that tribal authorities lack the legal right to conduct off-reservation investigation or to arrest non-tribal individuals.

Another element to this is that US attorneys have declined to prosecute two-thirds of the Indian country sexual abuse and related cases referred between 2005-2009. Hume argues that the otherization that was enacted by early US colonists exists today in regards to how Indigenous people are viewed by the majority white society – as a “heathen” other. The American genocide of Indigenous peoples never ended but took different forms. Boarding schools were one way to enact this genocide. In the US, there were 367 Indian Boarding Schools that operated from 1860-1978. According to the National Native American Boarding School Healing Coalition, more than 80% of Indigenous school-age children were attended boarding schools that were run by the federal government or religious organizations by 1926. These boarding schools were designed to forcibly assimilate Indigenous children into white society. Violent punishment was used on children who spoke their language, wore traditional clothing, or practiced their own spirituality. Physical abuse, mental abuse, and sexual abuse were used against the students.

In early 2022, more than 500 children were discovered in a mass grave site as part of an investigation into the Indian boarding school system. Native activists had been stating for dozens of years that there were systematic murder of children at these schools, but the whitewashing of crimes is not foreign to the federal government.

So now, when Indigenous women are being murdered and going missing, the nation is largely silent. MMIW deserves its attention. If you care, read about MMIW from Native and Indigenous sources, and raise your voice for those whose voices are silenced.