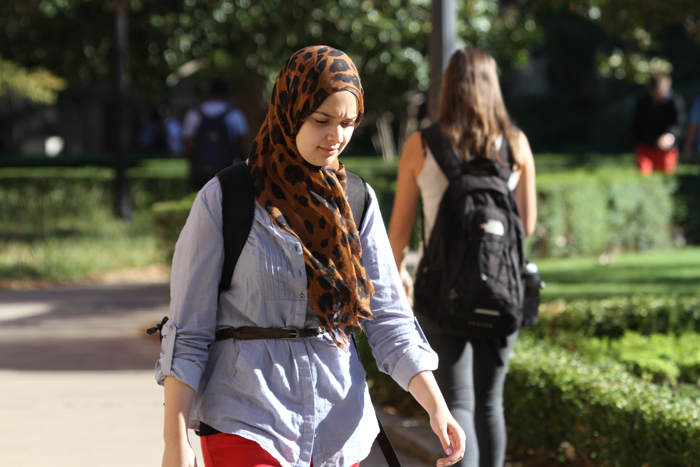 After the events of 9/11, Islamophobia has led to a significant increase in both overt and covert discrimination toward the Muslim American population. Since Islamophobia adversely affected the Muslim American population’s well-being in a variety of settings, it is also important to understand its impact on Muslim American college students. The major objective of this study was to examine the experiences and perceptions of religious-based discrimination on campus. Individual face-to-face interviews were conducted with 12 Muslim South Asian female undergraduate students who were recruited from five local universities in urban settings of the northeast region of the U.S. Moustakas’s (1994) transcendental phenomenological approach was used to identify seven major themes: (a) Pathology of different religious groups, (b) assumption of religious homogeneity, (c) endorsing religious stereotypes, (d) a belief that Islamophobia is common and will continue, (e) confusion, (f) a desire to educate others about Islam, and (g) positive coping and support. The results show that all of the participants reported having experienced microaggressions including those who may not be easily identified as Muslim. The study results may help students, professors, and university counselors gain awareness of the impact of discrimination experienced by this religious minority group on campus and determine preventive measures to promote their safety and well-being.

Dr. Raisa Manejwala, Psy.D earned her doctoral degree in Clinical Psychology from La Salle University in 2017. She currently works as a postdoctoral fellow at a forensic state hospital in Virginia. Her dissertation study focused on Islamophobia and religious microaggressions on the university campus. Her article, titled Integrating Religion and Spirituality Into Psychotherapy, was published in The Pennsylvania Psychologist. Her interests include forensic psychology and raising mental health awareness in the Muslim community. Her future plan includes working with youth in the juvenile justice system, as well as volunteering to provide mental health treatment for the Muslim community.